Overthrow of the American R... by Beau LaCasse on Scribd 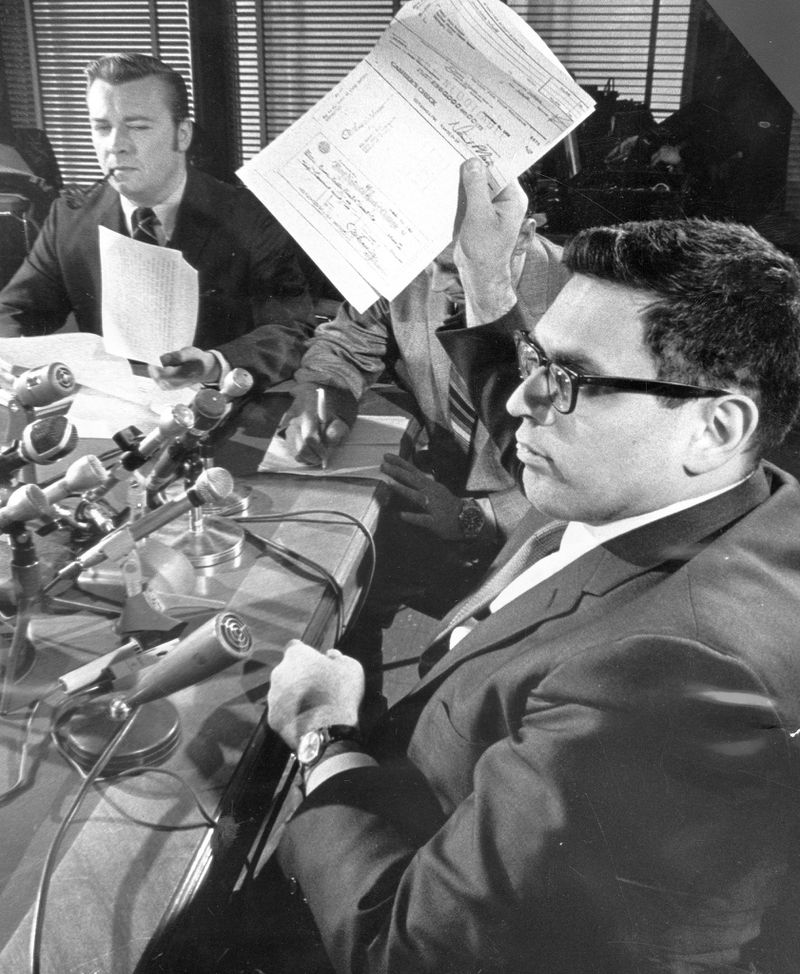 Known as "America's leading judge-buster," the late Sherman H. Skolnick, one of America's most courageous, and outrageous journalists, suddenly became ill in May of 2006, was rushed to the hospital, and passed away shortly after. Overthrow of the American Republic is a collection of Skolnick's Internet writings that also include 24 articles that were never published on his website. Included are: Coups and Counter-Coups . Disclosures and Financial Crisis? . Black Tuesday: The Big Lie and Dark Truth . Anthrax Frame-Up? . Is the U.S. Presidency Cursed? . FBO Sought Clamp on Bush Stories . Secret Transcripts Expose Bush . Democrats and GOP in Secret Iraq Deal . The Fake Money Business . The Pedophile/Homosexual Underground . Disasters of Convenience . U.S. Civil/Military Insurrection? . The Bush/Blair Bribery Affair . U.S./IRAQ Plots and Secret Weapons . Saddam Hussein and the Exit Money . The Judges and the Shadow Government . The Making and Breaking of Empires .Fraud upon the Court From 1958 to the time of his death, Sherman H. Skolnick was a court reformer, and from 1969 to 1993 alone, twenty judges and over forty attorneys went behind bars as a result of Skolnick's public exposure of their crimes. In 1963 he founded the Citizen's Committee to Clean Up the Courts, a public interest group researching and disclosing certain instances of judicial bribery and political murders. From 1995 on, he was producer/moderator of "BROADSIDES," a one-hour weekly taped public access Chicago Cable TV Show that reached an audience of 400,000 viewers. Judges on the take, some of them termed "banksters" or "banker-judges," drew the attention not only of Skolnick's seasoned Jewish humor but also of his relentless and feared public exposure mechanisms. Since 2003, the learned Skolnick found a home for the last years of his investigative reporting in the Toronto-based internet talk radio and magazine, http: //www.cloakanddagger.de (http: //www.cloakanddagger.ca). He also contributed to http: //www.rense.com and his reports appeared on many other websites. Together with Cloak and Dagger host Lenny Bloom, Skolnick further penned the Middle Finger News series. On his website, Skolnick caricatured himself as Sherlock Holmes peering through his magnifying glass. This symbol has now been transported to the covers of Dandelion's latest compilation of his writings, where it will continue to serve as a reminder of a man who consistently refused to be politically correct even when he knew the consequences of not toeing the party line, and who worked meticulously and indefatigably for the cause of justice.

I had the honor and privilege of being a contact in the news war.