Kamala Harris displays bizarre behavior immediately after getting her second dose of the coronavirus vaccine. 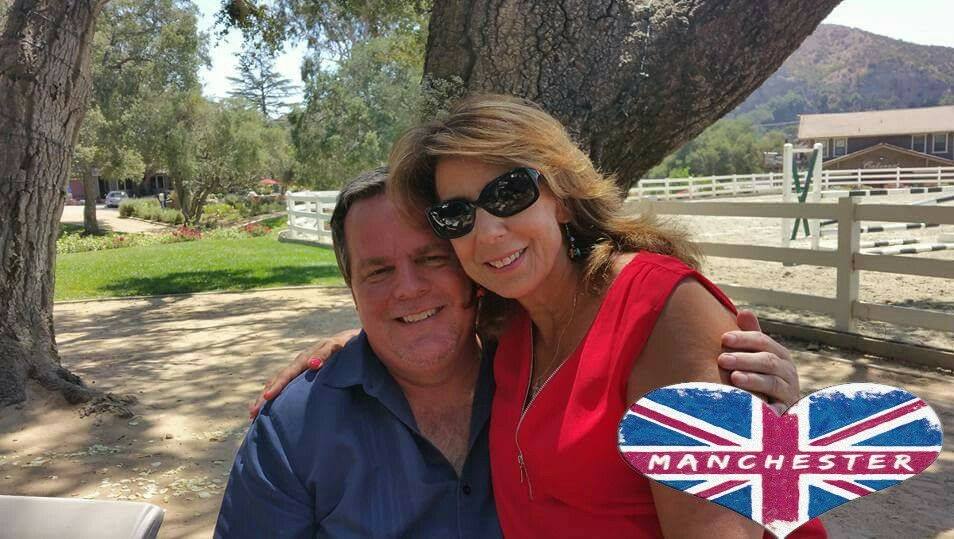 'The message is, be safe, take the vaccine — but the officials need to do more research. We need to know the cause,' said the wife of Tim Zook of Orange

Tim Zook’s last post on Facebook brimmed with optimism. “Never been so excited to get a shot before,” he wrote on Jan. 5, above a photo of the Band-Aid on his arm and his COVID-19 vaccination card. “I am now fully vaccinated after receiving my 2nd Pfizer dose.”

Zook, 60, was an X-ray technologist at South Coast Global Medical Center in Santa Ana. A couple of hours later, he had an upset stomach and trouble breathing. By 3:30 p.m. it was so bad his colleagues at work walked him to the emergency room. “Should I be worried?” his wife, Rochelle, texted when she got the news. “No, absolutely not,” he texted back. “Do you think this is a direct result of the vaccine?” she typed. “No, no,” he said. “I’m not sure what. But don’t worry.”

There were suspicions of COVID and a diagnosis of congestive heart failure. Zook was put on oxygen, then — just four hours later — a BiPAP machine to help push air into the lungs. Multiple tests came back negative for COVID.

Shortly after midnight on Jan. 7, the hospital called. Zook was in a medically induced coma and on a ventilator to help him breathe. But his blood pressure soon dropped and he was transferred to UC Irvine Medical Center. “On Friday I get a call, ‘His kidneys are failing. He needs to be on dialysis. If not, he could die — but there’s also a chance he might have a heart attack or stroke on dialysis because his blood pressure is so low,’ ” Rochelle Zook said.

By 4 a.m. Saturday, Jan. 9, Zook had gone “code blue” twice and was snatched back from the brink of death. There was a third code blue in the afternoon. “They said if he went code blue a fourth time, he’d have brain damage and be a vegetable if he survives,” Rochelle Zook said.

Reaction? But no blame

“We are not blaming any pharmaceutical company,” said Rochelle Zook, a resident of Orange. “My husband loved what he did. He worked in hospitals for 36 1/2 years. He believed in vaccines. I’m sure he would take that vaccine again, and he’d want the public to take it.

“But when someone gets symptoms 2 1/2 hours after a vaccine, that’s a reaction. What else could have happened? We would like the public to know what happened to Tim, so he didn’t die in vain. Severe reactions are rare. In reality, COVID is a much more deadly force than reactions from the potential vaccine itself. 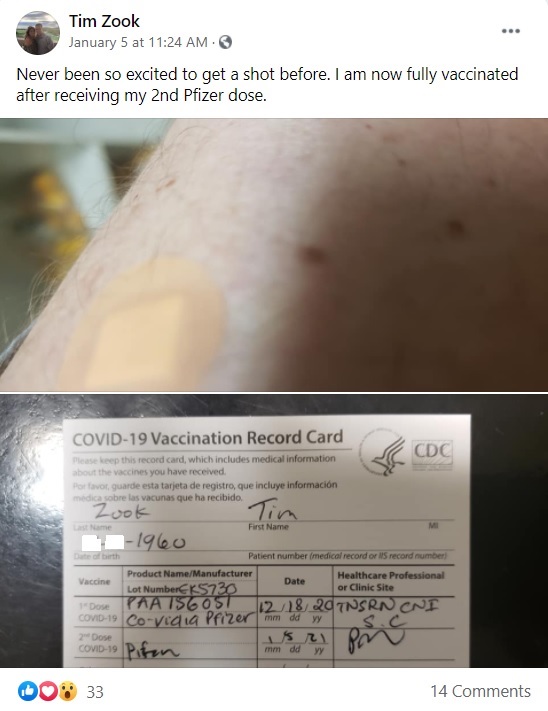