I believe the true nature of God and the ministry of Christ has been mired over the centuries to reduce the power of prayer and our communion with God. Rome and Constantine I levied a form of Christianity acceptable to Rome. If we use the laws of thought and liberate our minds from the ineffective niche that was assigned, we can access the power of God and put Satan out of business. It is our free will choice. He cannot interfere. Don't parrot the deceptions. Don't conclude their is no god. Remove the detritus and go to the true source God. Remove idols and idolatrous words like AMEN. That was a salutation to pharaoh the sun god's representative on earth. Moses led us from bondage. One word takes us back.

The name of God used in the Hebrew Bible is the Tetragrammaton YHWH (יהוה‬;). It is frequently anglicized as Jehovah and Yahweh and written in most English editions of the Bible as "the Lord" owing to the Jewish tradition viewing the divine name as increasingly too sacred to be uttered.It was thus replaced vocally in the synagogue ritual by the Hebrew word Adonai (“My Lord”;), which was translated as Kyrios (“Lord”

in the Septuagint, the Greek version of the Hebrew Scriptures.

The unknown years of Jesus (also called his silent years, lost years, or missing years) generally refers to the period between his childhood and the beginning of his ministry, a period not described in the New Testament.

The "lost years of Jesus" concept is usually encountered in esoteric literature (where it at times also refers to his possible post-crucifixion activities) but is not commonly used in scholarly literature since it is assumed that Jesus was probably working as a carpenter in Galilee, at least some of the time with his father Joseph, from the age of twelve till thirty, so the years were not "lost years", and that he died on Calvary.

In the late medieval period, there appeared Arthurian legends that the young Jesus had been in Britain.not in citation given] In the 19th and 20th centuries theories began to emerge that between the ages of 12 and 30 Jesus had visited Kashmir, or had studied with the Essenes in the Judea desert. Modern mainstream Christian scholarship has generally rejected these theories and holds that nothing is known about this time period in the life of Jesus.

The use of the "lost years" in the "swoon hypothesis", suggests that Jesus survived his crucifixion and continued his life. This, and the related view that he avoided crucifixion altogether, has given rise to several speculations about what happened to him in the supposed remaining years of his life, but these are not accepted by mainstream scholars either.

Rome burned much of the history and killed the historians.

The Biblical apocrypha (from the Greek ἀπόκρυφος, apókruphos, meaning "hidden") denotes the collection of apocryphal ancient books found in some editions of Christian Bibles in a separate section between the Old and New Testaments or as an appendix after the New Testament. Some Christian Churches include some or all of the same texts within the body of their version of the Old Testament.

The King James Bible of 1611 was printed with 80 books, including the 14 apocryphal books. 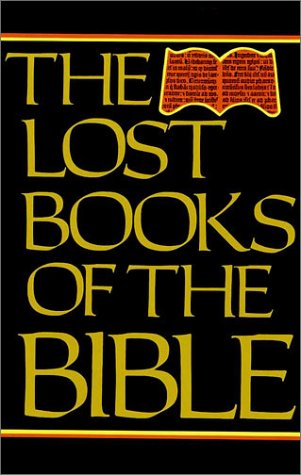 The First Council of Nicaea (/naɪˈsiːə/; Greek: Νίκαια [ˈni:kaɪja]) was a council of Christian bishops convened in the Bithynian city of Nicaea (now İznik, Bursa province, Turkey) by the Roman Emperor Constantine I in AD 325. Constantine I organized the council along the lines of the Roman Senate and presided over it, but did not cast any official vote.

This ecumenical council was the first effort to attain consensus in the Church through an assembly representing all of Christendom. Hosius of Corduba, who was probably one of the Papal legates, may have presided over its deliberations.

Its main accomplishments were settlement of the Christological issue of the divine nature of God the Son and his relationship to God the Father, the construction of the first part of the Nicene Creed, establishing uniform observance of the date of Easter, and promulgation of early canon law.