Billy Daniels I Owe This Dream To You

Billy Daniels and Martha Braun Daniels at the Los Angeles airport in 1950.

William Boone Daniels (September 12, 1915 ? October 7, 1988), better known as Billy Daniels, was an American singer active in the United States and Europe from the mid-1930s to 1988, notable for his hit recording of "That Old Black Magic" and his pioneering performances on early 1950s television. He was one of the first African-American entertainers to cross over into the mainstream and his star on the Hollywood Walk of Fame lies alongside that of Jerry Lewis.

Daniels was born in Jacksonville, Florida, where his father was a postmaster and notary. His mother was a schoolteacher and organist. Daniels had a heritage of Portuguese sailor, Native American (Choctaw), African American, and frontiersman Daniel Boone.

In 1935, Daniels moved from Jacksonville to New York to attend Columbia University. He planned to become a lawyer, but he was sidetracked during the Depression. His grandmother was a seamstress in Harlem for the Ziegfeld Follies, and she encouraged her grandson to sing at Dickie Wells, the club where he first worked as a dishwasher, then a singing waiter. There he was discovered by bandleader Erskine Hawkins, who hired him as a featured vocalist. He toured with the Erskine Hawkins Band in 1935–36 and then returned to Harlem. Throughout 1938, he sang daily on New York radio for 12 different sponsors. "It was me or the horse racing," Daniels remarked. 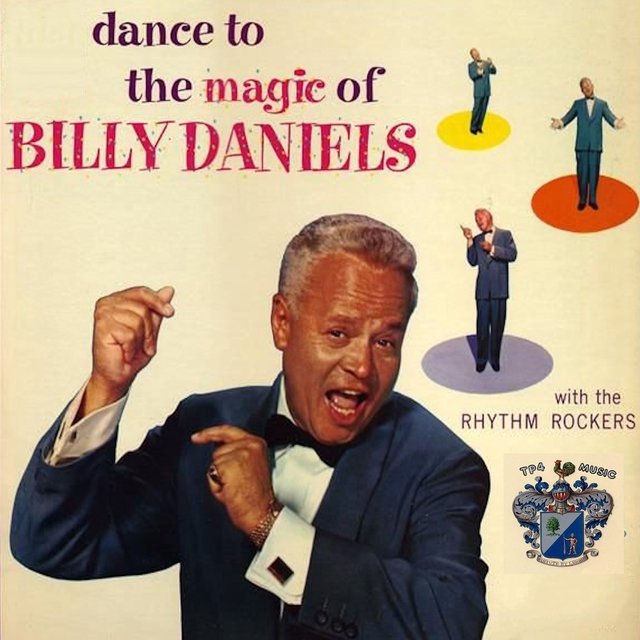 Daniels performed frequently at nightclubs on New York's famed 52nd Street, where he was one of the first singers to leave the big-band scene and pursue a solo career. He sometimes made three 52nd Street club performances per night. In 1945, he played intermission with Charlie Parker at the Spotlite Club on 52nd Street.

Daniels had several accompanists, including Nat Cole, while in New York. In 1948, he teamed with ex-big-band pianist Benny Payne, who had been Cab Calloway's pianist in the Cotton Club. Payne remained as accompanist for the rest of Daniel's career.

BILLY DANIELS - ALL OR NOTHING AT ALL

My Dreams Are Getting Better All The Time

Billy Daniels – The Touch of Your Lips