The Clash- Should I stay or should I go

Faced with referendum coming on the 23rd, this should be the most popular song in Britain.

You can help but smell a rat. Just like in the Scottish referendum the tide swung before the ballot. Why? The answer is obvious. The intelligence services will rig the results of the vote to give Cameron his wish and the people their Waterloo. This time we lose the island kingdom to the continent and damn those who gave their lives to prevent this over the many years of conflict.

The Clash - I Fought the Law

The Clash - Rock the Casbah

The Clash - This Is England

The Clash - Death Or Glory 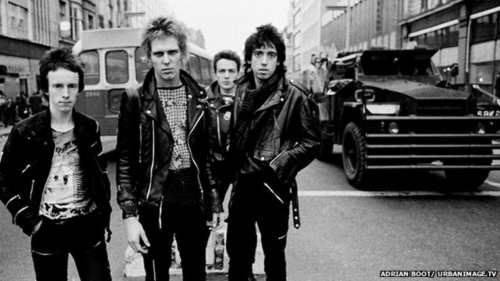 The Clash were an English punk rock band that formed in 1976 as part of the original wave of British punk. Along with punk, their music incorporated elements of reggae, dub, funk, ska and rockabilly. For most of their recording career the Clash consisted of Joe Strummer (lead vocals, rhythm guitar), Mick Jones (lead guitar, lead vocals), Paul Simonon (bass guitar, vocals) and Nicky "Topper" Headon (drums, percussion). Headon left the group in 1982, and internal friction led to Jones's departure the following year. The group continued with new members, but finally disbanded in early 1986.

The Clash achieved commercial success in the United Kingdom with the release of their debut album, The Clash, in 1977. Their third album, London Calling, released in the UK in December 1979, earned them popularity in the United States when it was released there the following month. It was declared the best album of the 1980s a decade later by Rolling Stone magazine. In 1982 they reached new heights of success with the release of Combat Rock, which spawned the US top 10 hit "Rock the Casbah", helping the album to achieve a 2× Platinum certification there. Their final album, Cut the Crap, was released in 1985.

The Clash's politicised lyrics, musical experimentation, and rebellious attitude had a far-reaching influence on rock, alternative rock in particular. They became widely referred to as "The Only Band That Matters", originally a promotional slogan introduced by the group's record label, CBS. In January 2003, shortly after the death of Joe Strummer, the band—including original drummer Terry Chimes—were inducted into the Rock and Roll Hall of Fame. In 2004, Rolling Stone ranked the Clash number 28 on their list of the 100 greatest artists of all time.