Simple Minds - Don't You (Forget About Me)

Simple Minds are a Scottish rock band formed in 1977. They achieved commercial success in the early 1980s and, despite various personnel changes, continue to record and tour. 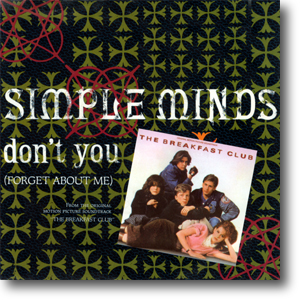 "Don't You (Forget About Me)" is a 1985 song performed by the band Simple Minds. The song is best known for being played during the opening and closing credits of the John Hughes film The Breakfast Club. It was written by producer Keith Forsey and Steve Schiff (guitarist and songwriter from the Nina Hagen band).