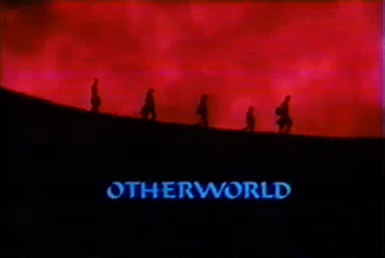 Otherworld is an American science fiction television series that aired for eight episodes from January 26 to March 16, 1985 on CBS. It was created by Roderick Taylor as a sort of Lost in Space on Earth. Taylor gave himself a cameo role in each episode. The series was later shown in reruns on the Sci Fi Channel.

In the first episode, the Sterling family (Hal, June, Trace, Gina, Smith) take a tour of the interior of the Great Pyramid of Giza at the same time as a once-in-ten-thousand-years conjunction of the planets. Inside, they are abandoned by their guide, and as they try to get out, they are mysteriously transported to another planet which may or may not be in a parallel universe. 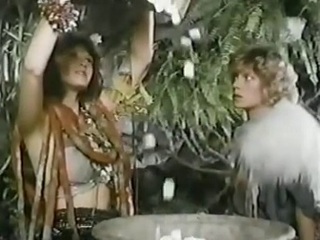 On this other planet (called 'Thel'), which is inhabited by humans, there are no familiar countries or states. The area they are in is divided up into self-contained "Zones," each with a wildly different style of government and way of life, although the province of "Imar" (ruled by a Praetor) appears to be the central seat of government for this entire Earth. Most of Thel's history is not revealed, although the pilot episode contains references to 'territories', android creators, and 'wars of unification'. It is thus unknown whether Thel is an alternate universe version of Earth, or another planet entirely.

Travel between Zones is so strictly regulated to the point that no one can travel outside their home zone province (save for the Zone troopers), and all maps have been banned by the state. Thus, the inhabitants of each zone know absolutely nothing about life in other areas. The family could not know about the travel ban, and approach a soldier (the first Thel native they met) in all innocence, seeking help, while the soldier - Kommander Nuveen Kroll, reputed to be the worst, and most ill-tempered of all Zone Troopers - views them as lawbreakers and treats them as such. When Hal insists they need help, Kroll attempts to arrest them and gets rough with Smith, the youngest of the Sterling sons. The Sterlings resist and, in the struggle, Kroll's sidearm weapon goes off, and the ricocheting laserblast renders Kroll unconscious. The Sterlings take his access crystal, (which is possessed only by Zone Trooper officers, and which gives them security access to state-controlled equipment and information data banks) his vehicle, and his sidearm and drive away. For the rest of the series, Kroll is resolute in his attempts to recover his crystal, capture the Sterlings (whom, in a report to his superior, he would later regard as a band of "armed terrorists") and subject them to severe punishment. 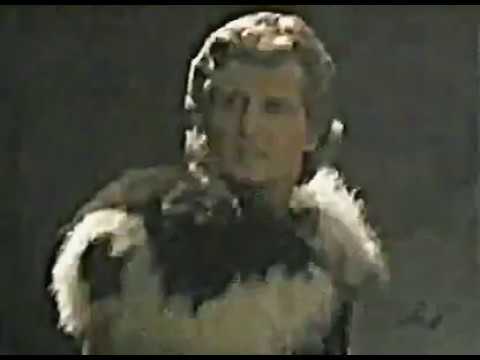 The Sterling family's first night in Thel is spent in a province called Sarlax. This province is an ages old mining colony where sophisticated androids labor at mining a radioactive mineral named "Sarlax". The mineral is just radioactive enough to make humans sick which necessitates the android labor force. The androids are sophisticated enough to have created a culture of their own and are related to the once ancient robots that ruled Thel in the past. It is here that a friendly android couple gives the Sterlings a historical book called The Book of Imar which chronicles the history of not just the planet but the androids and the culture of Thel.

The Church of Artificial Intelligence is the official state religion of Thel, and no conflicting ideologies are permitted. Very few actual details about this religion are known, except that it appears to be centered on the worship of robots, computers and cybernetic technology (adherents are, in one episode, said to use "Worship Modules" which are electronic in nature). There is mention in the first episode of a race of humans that created primitive robots and then died out. Eventually the robots evolved themselves through continued upgrades and modifications until they created what is known as a plasmoid being: an android that was a biomechanical equivalent of a true human in almost every aspect. These plasmoids were so in love with their creators that they even built in lifespans into their being so that they would be able to emulate death much like their onetime human masters. Eventually they began the process of recreating humans by a process that is not explained but once again Thel was populated by a majority of human lifeforms.

A series of Egyptian-like stone markers (Obelisks), each with one eye, are supposed to mark the way to Imar, a city with beautiful buildings and a suspension bridge (the city shown in the opening credits, apparently intended to be Imar, is a photographic negative of New York City).

Each episode has the family dealing with the bizarre ways of life in each "Zone," and at the end of the episode, fleeing one Zone for another, pursued by Commander Kroll (Jonathan Banks) and his Zone Troopers. Kroll is intent on revenge, given that the Sterlings stole his high security access crystal, acquired during their disastrous encounter in the first episode.

Contact with Earth was evident by several references to Earth history:

Nova tells Trace in the pilot episode ("Rules of Attraction") that there are 77 independent provinces.

References to Egyptian mythology abound, particularly in the signposts which the Sterlings use to attempt to find Imar; it was implied that the ancient Egyptians either had the ability to travel between universes, or had contact with a people that did.

The episode "Village of the Motorpigs" featured a retired Zone Trooper who shows the Sterlings a United States dollar and says that his grandfather came from Earth.

It was also said that those that traveled from Thel to Earth used the pyramid and all-seeing-eye as a form of hidden message about the gateway to Thel.

Another episode ("Princess Metra") takes place in a zone called Metraplex. The Zone's former leader, Kelly Bradford (since deceased), came from Earth; When seeing Gina, who resembles Kelly Bradford and wears a similar necklace made of an American half-dollar, they believe that Kelly Bradford has returned. Before appointing her the new leader, she is quizzed on Earth historical events by Metraplex officials - the quiz having been written by Kelly Bradford. In this episode, we learn that time passes at a different rate on Thel and Earth; Kelly is from Earth of the 1960s, yet her time on Thel was over 200 years ago.

As mentioned, Imar appears to be the alternate universe's version of New York City, an image of which is used in the opening credits of the show to depict Imar.

A friendly android couple give the Sterlings a book containing the history of Thel called "The Book of Imar", which serves as a historical window on many of the provinces the Sterlings find themselves staying in.

A raid by a camp of Thel-style hippies rescues the Sterlings from the zone troopers, but puts them at the mercy of the camp's leader, who intends to break up the family. Cmdr. Kroll is investigating the assault on a group of zone troopers, and arrives just a bit too late. Guest star Marjoe Gortner as Chalktrauma. 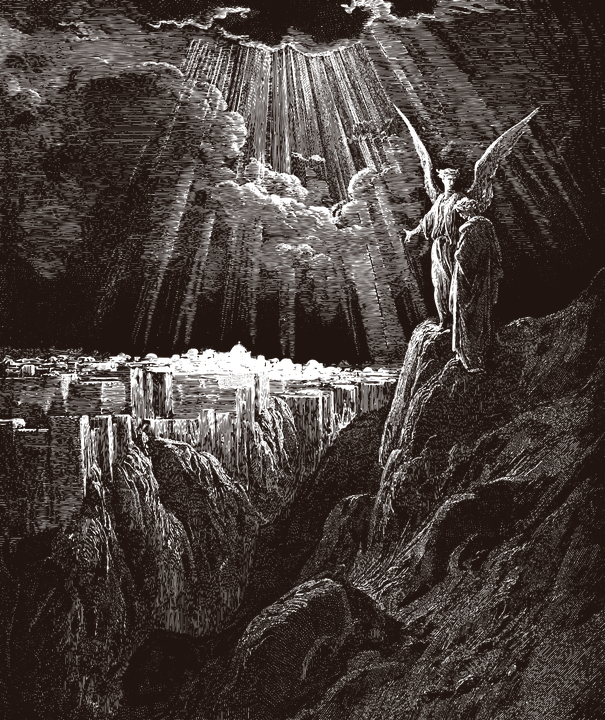 The Mitzarayim is the narrow between the heavens. It appears our inheritance is the reurn to that place.