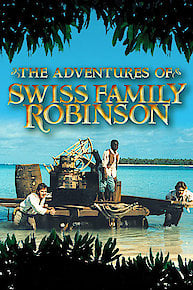 The show contained 10 story arcs of three episodes each and aired on closely spaced dates over seven weeks in September and October 1998. It was 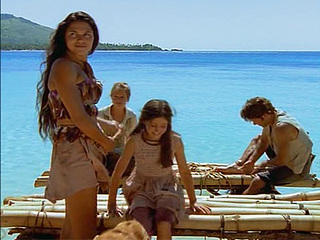 Moya is an expert pearl diver and offers to help the family search the wreck for additional materials that may be useful for the new fortress the family are building. .The shaman, casting his dark spell, gets Moya into difficulties as she searches the submerged wreck. She is rescued by David, but shortly after, the family are alarmed to see another war canoe arrive. Fleeing to their newly built fort the family prepare to defend themselves. To their relief they discover the native party is led by the young man to whom Moya is betrothed. He has defeated the rival group and come in search of Moya. With the shaman vanquished, Moya and her prince return to their island, leaving Ernst broken-hearted at Moya's leaving - but he knows she must return to where she belongs and perhaps one day the Robinson family will return to their own home too.