The Lone Gunmen: All About Yves

The Lone Gunmen is an American thriller dramatic television series created by Chris Carter and broadcast on Fox. It was a spin-off of Carter's science fiction television series The X-Files and a part of The X-Files franchise, starring several of the show's characters. The Lone Gunmen was first broadcast in March 2001 and, despite positive reviews, its ratings dropped.[1] The program was canceled after thirteen episodes. The last episode was broadcast in June 2001 and ended on a cliffhanger which was partially resolved in a ninth-season episode of The X-Files entitled "Jump the Shark".

The series revolved around the three characters of The Lone Gunmen: Melvin Frohike, John Fitzgerald Byers, and Richard Langly, a group of "geeky" investigators who ran a conspiracy theory magazine. They had often helped FBI Special Agent Fox Mulder on The X-Files. 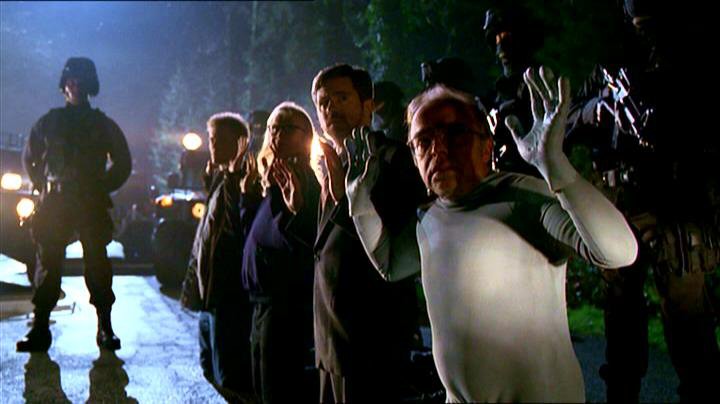 Unlike The X-Files, whose storylines dealt mainly with supernatural events and alien abduction conspiracies, episodes of The Lone Gunmen generally featured more "plausible" plots, such as government-sponsored terrorism, a creeping "surveillance society" under the eye of the government, cheating husbands, corporate crime, arms dealers, and escaped Nazis. The show had a light atmosphere and focused heavily on physical comedy. The trio were often aided (and sometimes hindered) by a mysterious thief named Yves Adele Harlow (Zuleikha Robinson). 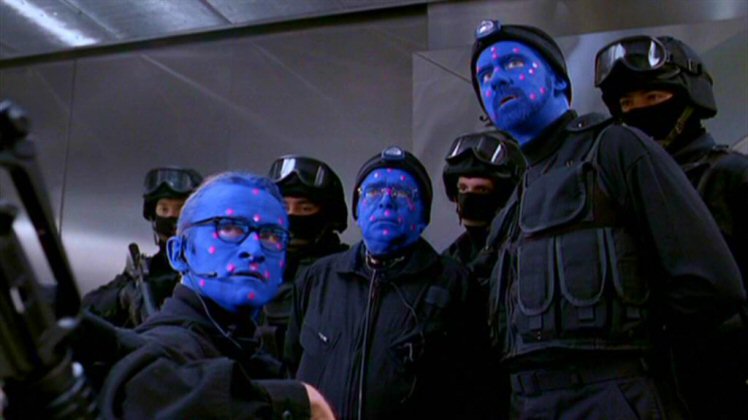 The plot of the first episode, which aired March 4, 2001, involves a US government conspiracy to hijack an airliner, fly it into the World Trade Center and blame it on terrorists, thereby gaining support for a new profit-making war. Parallels of this scenario to the events of 9/11 are noteworthy, if not uncanny, since the episode was aired six months prior to 9/11.

The series was filmed in Vancouver, Canada 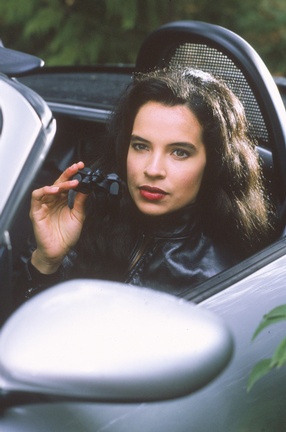 The gunmen team up with 'Man in Black' Fletcher to find Yves. What they uncover is a secret government terrorist organization Romeo 61 responsible for decades of major crimes. Or is it? 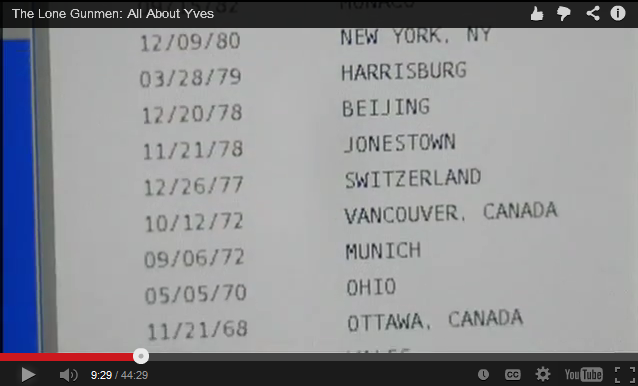 In this episode The Gunmen see the Romeo 61 missions. Do you recognize any of the dates and places? Ottawa caught my attention. That was the FLQ crisis where a dilomat and cabinet minister were shot. In the Toronto shot it was the attack on Air India Flight 182 bombing by 'terrorists.' The RCMP blew up a plane in a drill prior to the flight. The plane had an extra engine attached to the wing to return to India. Remember there are no conspiracies. It is all theater of the mind. Was the revelation of Romeo 61 the death knell for the show. There was no part 2. I haven't checked all the others. Play the game the frame is stopped at 9:29 (9/11). HMM? 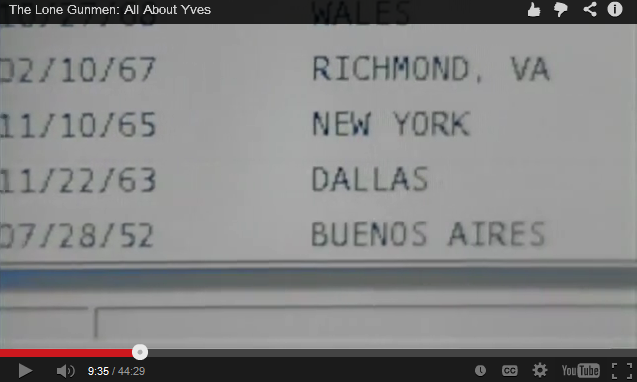 Were you in Buenos Aires in 1952 for Eva Peron's funeral? Romeo 61 was. I always said it was a hit. We have a movie in the video section that parallels the poisoning. It is chilling. I wrote a TV script about it too. She laundered the Nazi gold and war loot with Juan.

JFK did another thing to the evil people escaping with the Nazi Gold. The intelligence chiefs Dulles, Menzies, Donovan and Stephenson set up a company called World Commerce Corporation. It was registered in Panama. They laundered war booty I imagine. JFK put them out of business. That's the link with the death of Eva. It's one NO ONE else will tell you about. Aren't you glad you can come to the Cafe? We serve secrets with the lattes.