The science religion is very orthodox. It can be summed up as anything but God. They will lie and deceive with the best of them to drive an agenda and disgard any evidence that lessons support for their dogmas. It has become clear to me there are powers influencing our lifes. The evidence is overwhelming in spite of the fact it is ignored. I feel the tree of knowledge is the silicon life. The tree of life is the carbon based. These forms are at war with carbon on the receiving end. I have come to the conclusion that the wars we have experienced are wars of the multiversal nature. The postulation that UFO's are time machines is the most accurate description. They would be the most powerful of weapons because the 'enemy' could be attacked in a less developed stage when they are helpless. In this episode UFO's were sighted prior to the great plagues. Bioweapons were deployed. How can we defend ourselves from what we cannot begin to comprehend? Begin. Bible prophecy makes far greater significance with this model than any other. Understanding the enemy is our first step to victory. Stay tuned.

This episode suggests that some plagues and diseases were brought on by pathogens of extraterrestrial origin. Examples given are sudden pandemics such as the Spanish Influenza, the Plague of Athens, the Justinian Plague and the Black Plague, which were accompanied by reports of unusual celestial phenomena, and the appearance of strange creatures and objects in the sky; ancient carvings of figures dressed in what are suggested to be hazmat suits; unexplained illnesses that have appeared after meteor impacts, NASA experiments with bacteria and extremophiles that can survive in the extreme conditions of space; and the recent appearance of unusual medical conditions such as Morgellons Disease. 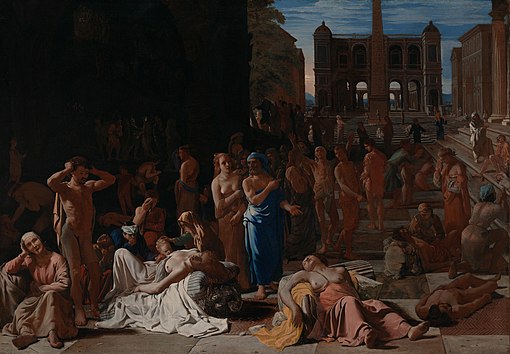 The Plague of Athens (Ancient Greek: Λοιμός τῶν Ἀθηνῶν Loimos tôn Athênôn) was an epidemic that devastated the city-state of Athens in ancient Greece during the second year of the Peloponnesian War (430 BC) when an Athenian victory still seemed within reach. It is believed to have entered Athens through Piraeus, the city's port and sole source of food and supplies. Much of the eastern Mediterranean also saw outbreak of the disease, albeit with less impact. The plague returned twice more, in 429 BC and in the winter of 427/426 BC. Some 30 pathogens have been suggested as causing the plague. 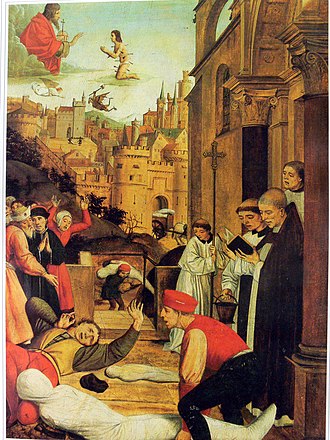 The Plague of Justinian (541–542 AD) was a pandemic that afflicted the Byzantine or Eastern Roman Empire and especially its capital, Constantinople, as well as the Sasanian Empire, and port cities around the entire Mediterranean Sea, as merchant ships harbored rats that carried fleas infected with plague. One of the deadliest plagues in history, the devastating pandemic resulted in the deaths of an estimated 25–50 million people during two centuries of recurrence, a death toll equivalent to 13–26% of the world's population at the time of the first outbreak. The plague's social and cultural impact has been compared to that of the similar Black Death or Black Plague that devastated Europe in the Middle Ages, 600 years after the last outbreak of Justinian's plague. 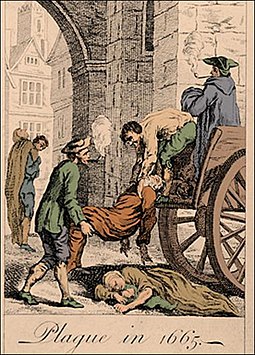 The Black Death, also known as the Great Plague or the Plague, or less commonly the Black Plague, was one of the most devastating pandemics in human history, resulting in the deaths of an estimated 75 to 200 million people in Eurasia and peaking in Europe from 1347 to 1351. The bacterium Yersinia pestis, which results in several forms of plague, is believed to have been the cause. The Black Death was the first major European outbreak of plague, and the second plague pandemic. The plague created a number of religious, social and economic upheavals which had profound effects on the course of European history. 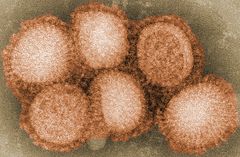 Influenza on the right

The 1918 influenza pandemic (January 1918 – December 1920; colloquially known as Spanish flu) was an unusually deadly influenza pandemic, the first of the two pandemics involving H1N1 influenza virus. It infected 500 million people around the world, including people on remote Pacific islands and in the Arctic, and resulted in the deaths of 50 to 100 million (three to five percent of the world's population), making it one of the deadliest natural disasters in human history. 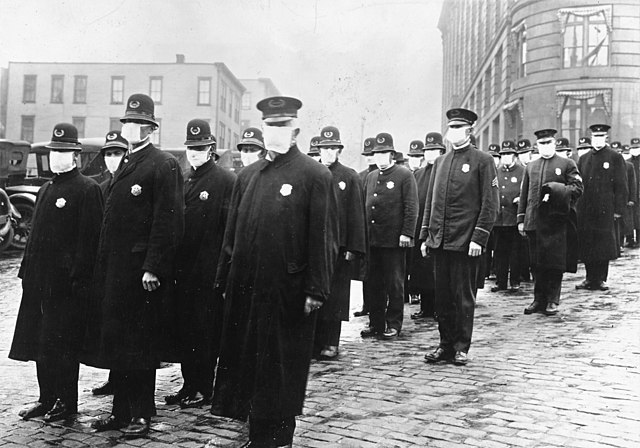