The I-400-class submarine Imperial Japanese Navy submarines were the largest submarines of World War II and remained the largest ever built until the construction of nuclear ballistic missile submarines in the 1960s. The IJN called this type of submarine Sentoku type submarine. The type name, was shortened to Toku-gata Sensuikan. They were submarine aircraft carriers able to carry three Aichi M6A Seiran aircraft underwater to their destinations. They were designed to surface, launch their planes, then quickly dive again before they were discovered. They also carried torpedoes for close-range combat.

The I-400-class was designed with the range to travel anywhere in the world and return. A fleet of 18 boats was planned in 1942, and work started on the first in January 1943 at the Kure, Hiroshima arsenal. Within a year the plan was scaled back to five, of which only three (I-400 at Kure, and I-401 and I-402 at Sasebo) were completed.

The I-400 class submarine was the brainchild of Admiral Isoroku Yamamoto, Commander-in-Chief of the Japanese Combined Fleet. Shortly after the attack on Pearl Harbor in December 1941, he conceived the idea of taking the war to the United States mainland by making aerial attacks against cities along the US western and eastern seaboards using submarine-launched naval aircraft. He commissioned Captain Kameto Kuroshima to make a feasibility study. 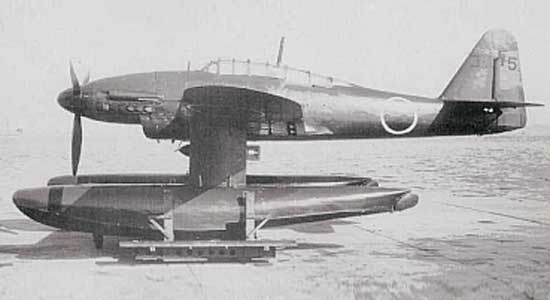 Yamamoto submitted the resulting proposal to Fleet Headquarters on 13 January 1942. It called for a fleet of 18 large submarines capable of making three round-trips to the west coast of the United States without refueling or one round-trip to any point on the globe. They also had to be able to store and launch at least two attack aircraft armed with one torpedo or 800 kg (1,800 lb) bomb. By 17 March general design plans for the submarines were finalized. Construction of I-400 commenced at Kure Dock Yards on 18 January 1943, and four more boats followed: I-401 (April 1943) and I-402 (Oct 1943) at Sasebo; I-403 (Sept 1943) at Kobe and I-404 (February 1944) at Kure. Only three were completed.

Members of the US Navy inspecting the plane hangar of I 400.

The U.S. Navy boarded and recovered 24 submarines, including the three I-400 submarines, taking them to Sasebo Bay to study them. While there, they received a message that the Soviets were sending an inspection team to examine the submarines. To prevent this Operation Road's End was instituted. Most of the submarines were taken to a position designated as Point Deep Six, about 60 km (32 nmi) west of Nagasaki and off the Gotō Islands, packed with charges of C-2 explosive and destroyed; they sank to a depth of 200 m (660 ft). Dr. James P. Delgado of the National Oceanic and Atmospheric Administration's maritime heritage program reported that the official government position that the exact location of the sinking was unknown has been confirmed by declassified US Navy documents.

Four remaining submarines, I-400, I-401, I-201 and I-203, were sailed to Hawaii by U.S. Navy technicians for further inspection. Upon completion of the inspections, the submarines were scuttled in the waters off Kalaeloa near Oahu in Hawaii by torpedoes from US submarine USS Trumpetfish on June 4, 1946, to prevent the technology from being made available to the Soviets who were demanding access to them.

You sure could hall a lot of covert material with one of these babies. We wonder if they were truly written off.