Road of Bones the Kolyma GULAG 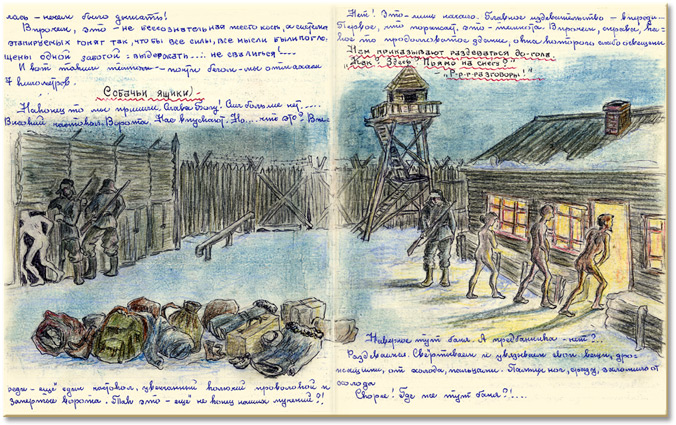 "Looking back, we wonder: could Stalinism have been as bad as we feared? Kolyma answers with a resounding "yes." Exploring the legendary Siberian prison camp through interviews with survivors, vintage films and photos, and modern footage of the abandoned camp, this powerful, award-winning documentary shows how the Soviets used terror to maintain their power for most of this century. Unbelievable torture and degradations were endured daily by the 2 million men and women who died at the camp and the luckier ones who lived; you hear accounts of random executions, rapes, starvation, exposure to the Arctic temperature, and more. Director Mikheev is careful not to veer off into the realm of exploitation, keeping the viewers sympathetic to the plight of the prisoners throughout the film. Now that the cold war is over, it's important to see why it was fought; though history is written by the winners, Kolyma makes it clear that the right side won this time. "Remember, there's a reason why you never learned about this very real holocaust and genocide of 100 million Russian & European anglos by the Bolsheviks that took over Russia after years of terrorism in 1917. That is less than 100 years ago but not a single Hollywood movie? I never can understand how that has never arose suspicions in more people. They took power very similar to the phony "war on terror' events of today! Yet 99.9% know NOTHING about this history! The Bolsheviks were jewish freemasons, sponsored, trained, and funded by Wall St. The very same bankers who today have stolen trillions from us all, (Goldman Sachs. JP Morgan Chase) and are funding BOTH Obama and Romney, trying to keep us divided in any way they can. 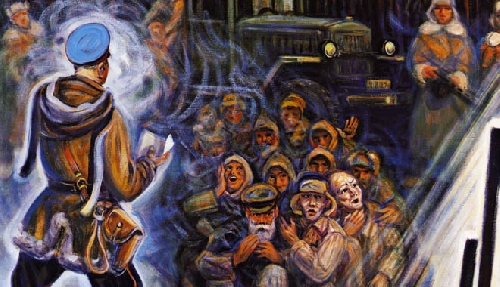 You'd think people would know by now after 11 solid years of MSM lying to us all to start wars, that the US media does nothing but lie and run psychological operations on the public to keep them dumbed down and divided. From the looks of it, most have not woken up at all.

Sad to see considering how many have tried selflessly for years to wake up the general public, yet so many are still obviously brainwashed and treat what they learn from TV as gospel truth. Sickening to watch.

it's ironic that we talk about slavery and racism when the fact that 10's of millions of whites were carted off in trains with no possessions to Siberia to work non-stop slave labor in -60 below. I bet these white slaves dreamed of picking cotton while freezing with no coats, food , or tools, surrounded by sadistic CHEKA secret police. TOday's version is FEMA and DHS.

This is a real horror that made nazi's look like Disneyland. 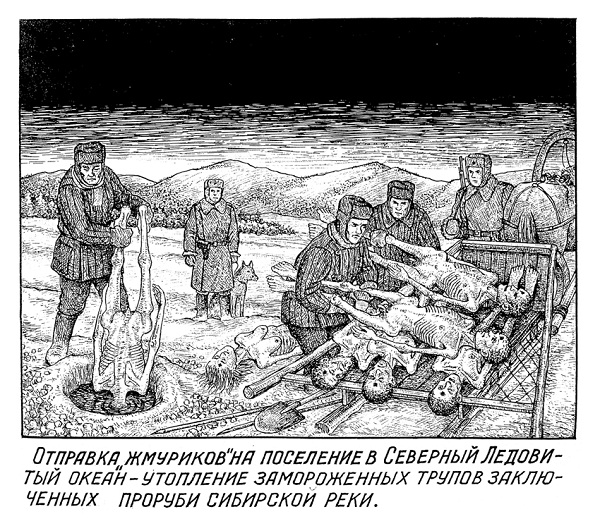 When you give up your liberty for security know where the journey leads.