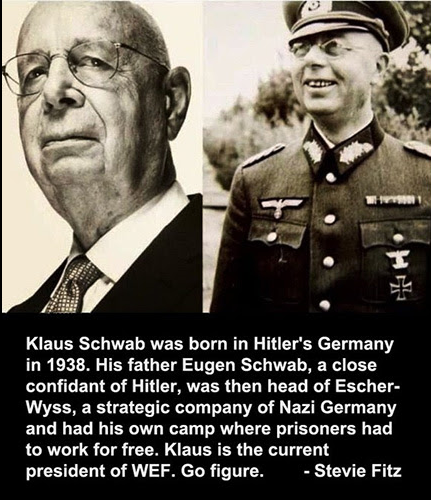 For his part, Gates is using the forum to instruct world leaders that death panels will be necessary in the near future in order to end the lives of sick and unwell people due to “very, very high medical costs”.

Of course Gates’s “death panels” have everything to do with the globalist elite’s obsession with depopulation.

The Trudeau regime say they are now offering to pay to euthanize people who are “too poor to continue living with dignity.”

Canada’s descent into barbarism should come as no surprise. The Canadian government has been completely penetrated by the WEF. Prime Minister Justin Trudeau and his deputy Chrystia Freeland are both WEF Young Global Leaders who have completely sold their soul to Klaus Schwab and his vision for the future.

Zieg heil. Turn in your guns. Apply BBQ sauce after you shower. He owns them all. Belarus refused.