Corruption and the Coming Chaos

"The illusion of freedom will continue for as long as it's profitable to continue the illusion. At the point where the illusion becomes too expensive to maintain, they will take down the scenery, move the tables and chairs out of the way, then they will pull back the curtains and you will see the brick wall at the back of the theater." - Frank Zappa

When the tyrant has disposed of foreign enemies by conquest or treaty and there is nothing to fear from them, then he is always stirring up some war or other, in order that the people may require a leader. - Plato

“I have lived on the lip of insanity, wanting to know reasons, knocking on a door. It opens. I've been knocking from the inside.” - Rumi

Universal Law/sovereign law trumps all others.

1. No man or woman, in or out of government shall initiate force, threat of force or fraud against my life and property and, any and all contracts Im a party to not giving full disclosure to me whether signed by me or not are void at my discretion.

2. I may use force in self-defense against anyone that violates Law

TURN OFF YOUR TELEVISION!

THROW AWAY YOUR SMART PHONE!

Last 4 Children Detained On Nauru Are Heading To The U.S. 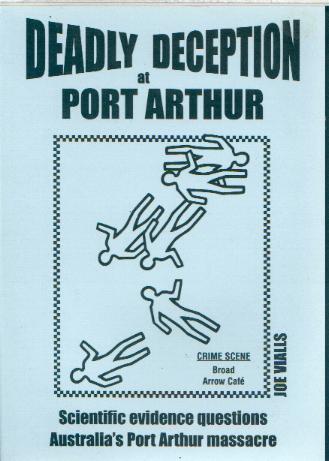 California As An Island: Map or Myth?

Some time in the past, before the ice age, most of western North America (and probably the whole world) was accurately mapped by a technologically advanced people. Who these people were and what technology they used is lost to us, but their maps remain as evidence that they did indeed accomplish the task. These ancient source maps were used by mapmakers in the 1600 to 1700s to fill in the vast unknown areas on the western side of North America. The recent mapmakers had no idea what was there, nor did anyone else, but they had source maps that showed the area as an island and they used them to fill in the gaps.

When were these source map made? They had to be made before the end of the ice age, because at the end of the ice age, the great ice dam holding back water in a huge lake finally gave way and the Grand Canyon was carved in just a few weeks. The Grand Canyon does not appear on any maps of California as an island that I have found, and is certainly not on the map used for this study, the Vingboons map of 1651. In fact, on the Vingboons map, two rivers cross the location of the Grand Canyon. This creates a problem, because the ice age supposedly reached a maximum 18,000 years ago (see Wikipedia article ), putting the date for modern man well before that. This pushes the date back into the realm of the Neanderthals, or even into the Paleolithic period, when we were supposed to be only capable of using stone tools.

An even greater problem is that the map also had to predate the uplift of the Nevada-Utah-Wyoming area that followed the end of the latest continental drift event in North America. (see Wikipedia, Farallon plate) According to continental drift theory, when the continents spread apart, the North America continental plate was pushed over the Pacific oceanic plate, which was forced down into the mantle of the earth. The lighter minerals floated up against the bottom of North America, under the Nevada-Utah-Wyoming area. This area was lifted up from sea level (at least in Nevada, where the map shows where the sea encroached) to over 7,000 feet elevation in central Nevada, and similarly across all three states. The routes of rivers changed. The Rio Grande, shown on the Vingboons map as the Rio de Norte, which used to flow into the Gulf of California, was forced to flow to the Gulf of Mexico. The map places a geologically recent date on continental uplift, the uplift having happened after the map was made, putting it within the historical presence of humans on earth. Geologists date the North American continental drift event to the Jurassic period, 200,000,000 to 150,000,000 years ago. How will Science deal with the loss of 150,000,000 years? Since it requires abandoning a well entrenched worldview, it is most likely that the vast majority of academia will simply ignore this study and its implications.