We are now getting much more information from sources on the ground in Kenner, Louisiana about what caused the massive damage to the electrical grid in the morning early hours of December 27th. Charles Walton reports he saw a UFO that was over a mile wide over the city! As you'll see in the video he says he talked to police and every single transformer was blown up in Kenner! It took 7 hours to restore power and I'm surprised they got it up so fast with all that damage. My guess is they called in help from outside the area for parts and more linemen to pull off this miracle. This certainly was a massive event and it's been completely covered up by the fake news who only reported high winds causes an electrical fire! Total lies of course as you see in the video. Transformers blow and that's it, the power is out. They don?t keep sparking and blow up over and over again as you'll see in the video.

In the video above and in the testimony below, Charles Walton tells his amazing story!

“At approximately 1:50 a.M. myself and two other witnesses observed a bright amber beam of light engulf my entire backyard for about 3 seconds. this occurred over kenner, louisiana which is about 15 minutes driving distance from the city of new orleans.

Approximately an hour later at 2:50 am the sky lite up bright colors of green, blue, red, amber, yellow, etc. at this time electrical sub stations across the area caught fire and also telephone poles were seen catching of fire. electricity was surging from pole to pole for miles all over the city of kenner! i went outside and observed multi colored lights in the sky directly over my house. i could feel a massive amount of energy in the air and we felt an electrical charge over our bodies, that caused our hair to stand up. the wind picked up and a powerful humming sound of energy could be heard over my house.

Above us in the sky were multi colored circular lights that glowed and moved in various patterns. these lights appeared to be part of a massive ufo that appeared to be over a mile wide! the feeling was so intense and powerful, that at one point i ran inside fearing for my safety. the end part of my video has parts missing for some unknown reason. what we witnessed last night, i believe to be something not from this earth. it was huge and extremely powerful! the occurrence was so frightening, i called 911 to report what i was witnessing over my city. it took about 5 minutes for 911 to answer my call, likely because so many people were calling in to report what they were witnessing in the sky above them. 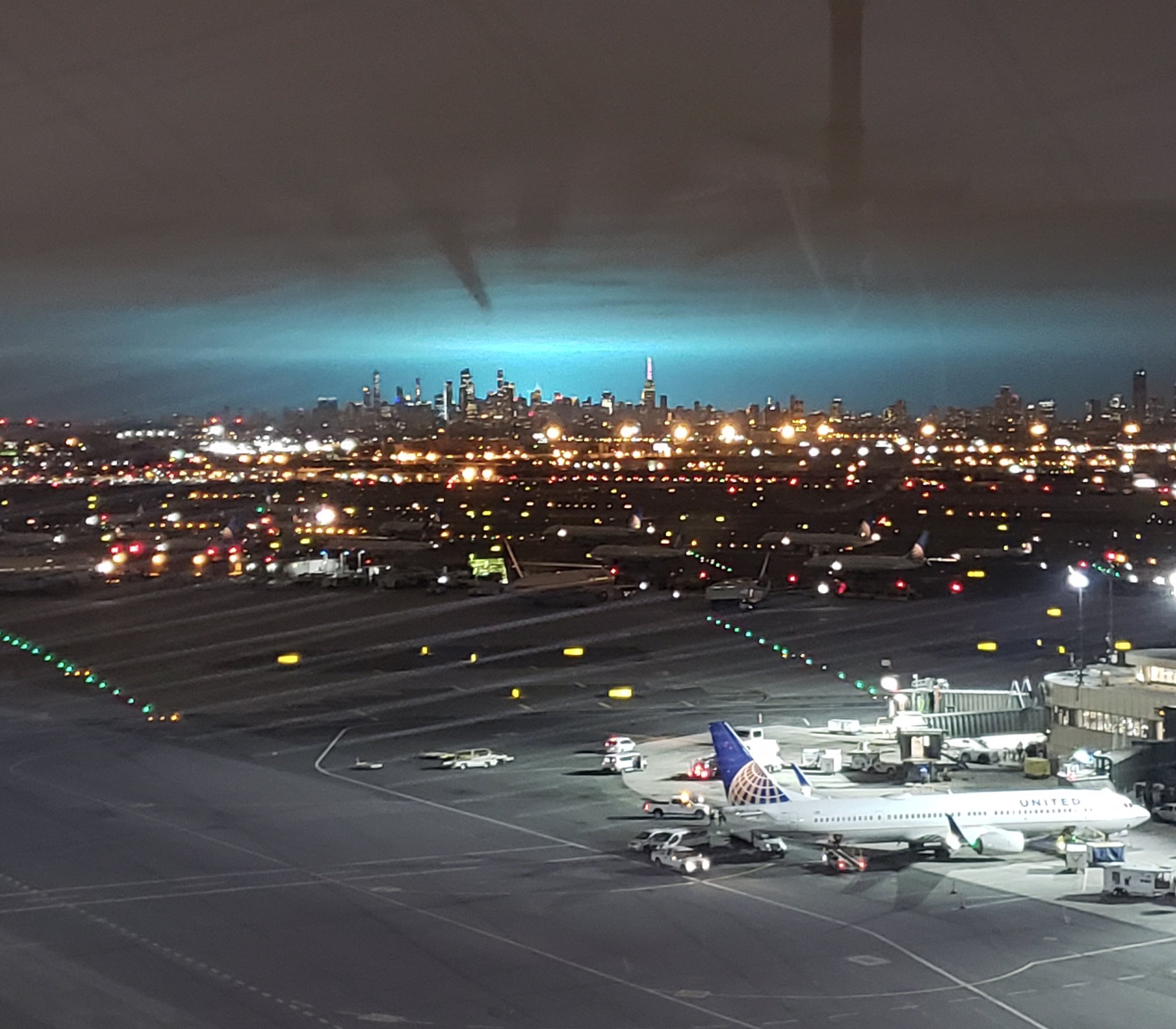 i have a short news clip from a local news station here where people reported seeing multi colored lights in the sky above them. i will upload it here, but i just noticed that the news station has now taken down that video off of their website. the authorities told the news station that the multi colored lights seen in the sky above them, were caused by transformers blowing. i have seen many transformers blow, but what i witnessed last night above me in the sky, was lights from a large ufo craft! not lights from transformers exploding! these multi colored lights were large and moved in different patterns across the sky above me. the energy, heat and electricity in the air while this was occurring was extremely intense! the lights at homes in my neighborhood were flickering on and off for the entire time this occurred last night. you can see the lights flicker in a video i captured last night, i will upload that footage here in this report. it took the electrical company over 7 hours to restore the electricity to my neighborhood. sub stations, large wires, and poles were destroyed everywhere around my city! the wood electrical poles were catching on fire and burning all over the city of kenner!

what myself and many other’s witnessed in the sky over kenner last night, was a massive ufo that had large multi colored lights over our city. this craft possessed massive amounts of energy and it caused major electrical destruction as it hovered over our area. this was one of the most amazing things i have ever witnessed in my life! at one point i ran inside my house, in fear that i would be somehow sucked up into a large craft and taken away. or that i might be electrocuted while standing outside witnessing what was occurring. much of the evidence of what occurred last night is being taken down from news sites! but i captured some amazing evidence that i will upload here in the form of videos. i have had some interesting ufo encounters over the years and i have reported a few of these encounters here on mufon. but what i witnessed last night was the most intense and powerful encounter i have ever witnessed by far! this ufo craft was huge and it caused massive destruction around my city last night! i don’t think what occurred was intentional, but something went wrong when this huge craft came down over my city last night. some of the video footage you will see below is intense and shocking! i will be keeping a close eye on the sky in the days to come! what occurred last night reminded me a lot of the phoenix lights mile wide ufo sightings back in 1997.”

The following video is an interesting montage put together by Youtuber, “Global Agenda. The best part of this video is where he captured a UFO flying overhead during the Paradise, CA fires! It’s moving very fast but he catches in a few frames of the video about the 12 minute mark. This researcher thinks these UFOs (which I believe are cabal secret space program vehicles) are shooting out some type of electrical directed energy weapon (DEW) weapon to destroy all the houses during these fires in California but leave the trees unburned.

My theory on this event and the similar one that happened in Astoria New York was this was the cabal showing Trump they could take down the entire grid in a matter of hours and would do so if he didn’t do as they wanted! The same way they used their secret space program craft or satellite toys to burn up the state of California and kill probably thousands. Now the headline on Drudge Report (Drudge is a fake name who is total Mossad sellout) says that Trump is telling the Democrats to come in and make a deal to end the shutdown!

This seems to be way too early to be making a deal just on the eighth day of the shut down! Was Trump threatened by the deep state with Kenner and Astoria New York being where they used their secret space program to blow up the local grid as a demonstration?

Remember how in the James Bond movies, the bad guys always like to do a demonstration of their evil weapon? That’s exactly how this seems to me! We’ll see if Trump caves in on the border wall and does some garbage deal with the DemonRats.

We’re dealing with the absolute evil here. These deep state scum killed over 3,000 doing their 9/11 false flag and probably killed thousands in the California wildfires and other disasters in the last year! If I was Trump, I’d sit in my Whitehouse bunker if necessary for two years, End the Fed by executive order and then bring out every secret the deep state has done to America to try to win re-election. No need for anymore rallies, it’s time to punch the deep state in the mouth. We can’t be slaves anymore!

They want to kill him and his family regardless so what does he have to lose at this point? The Fed is tanking the economy to put in a socialist in 2020 so the only thing that could possibly help him win again is complete disclosure, bringing out the free energy, mass arrests and military tribunals for the deep state demons who destroyed our country. The people and the military are behind Trump. He’s our only chance to ever get our country back! If you don’t realize Trump is our last stand then you’re either asleep or pure evil yourself! 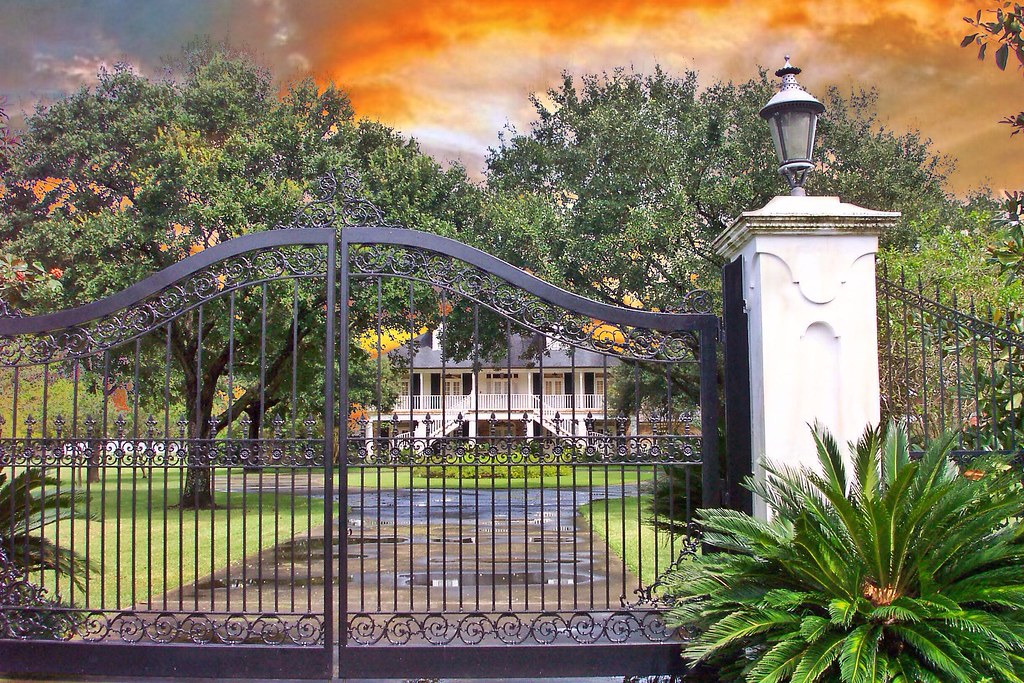 In 1982, Pan Am Flight 759 crashed in a residential area of Kenner when a microburst forced it down. Eight people on the ground were killed, as were all 145 people aboard the aircraft. Six houses were completely destroyed and five more substantially damaged.

(10) Jesus said: I have cast a fire upon the world, and see, I watch over it until it is ablaze.