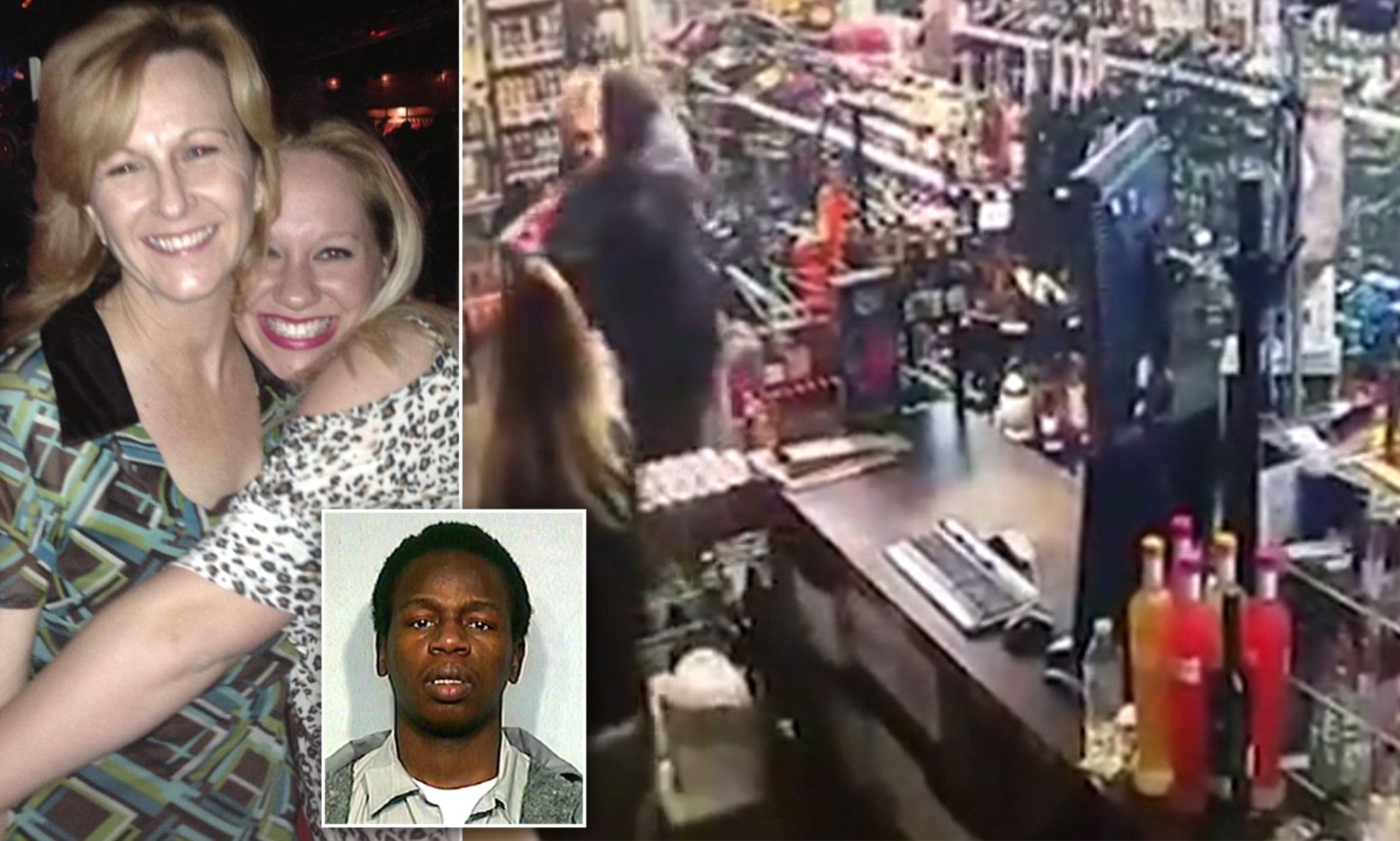 A mother-daughter duo are confronted by an armed robber in their family's liquor store in Oklahoma, but they quickly pull out their own guns and shoot him several times, and its all caught on CCTV.

The incredible heart stopping footage shows Tina Ring, 53, and her daughter Ashley Lee, 30, appearing to cooperate after giving the armed robber money while they are being held up with a shotgun at their Forest Acres Liquor Store Thursday night.

However the fast acting women grabbed two small pistols hidden under the register and lock him in the store with a button, turning the tables on the would-be robber, who police identified as Tyrone Lee, 36.

First Tina shoots Lee once at point blank range, as he runs off she pumps off two more shots in his direction. Her daughter Ashley looks to be dialing 911 while her mother covers them waiting for the brazen robber to return.