The Son of Perdition: Barack Hussein Obama (Part 1 of 2)

Here is the latest DVD exposing President Barack Obama as the Biblical Son of Perdition.

This video goes into great detail of the Biblical meaning of Barack Obama. It is what Jesus called the anti-Christ.

DO YOU KNOW WHAT BARAQ O'BAMAH MEANS IN HEBREW?

The speaker is very certain that the words of Jesus in their original language are I saw Satan Barack Obama from Luke 10:18. It is a compelling interpretation. 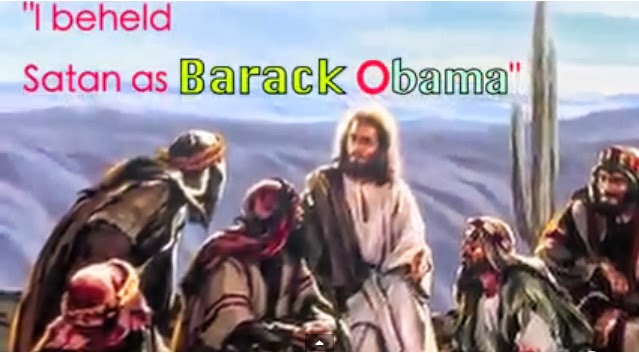 Do we take the word of the Liar in Chief the great deceiver or the Lord Jesus Christ. One desired to bring peace to the world. The other desires to bring a false peace pending the war of Armageddon with the other traitors put in high office. Heed the word of the Lord or perish. He warned the faithful to be wary of Satan Baraq O'Bamah. Agent Barry Soetoro chose his alias for office. It was well thought out and in your face. He choose the name of his Lord Satan. There was method to the madness.