CONSPIRACY NIGHT AT THE MOVIES: The X-Files: Fight the Future 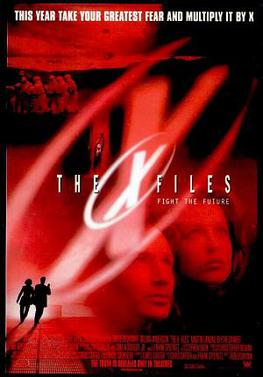 The X-Files (also known as The X-Files: Fight the Future) is a 1998 American science fiction thriller film based on Chris Carter's television series of the same name, which revolves around fictional unsolved cases called the X-Files and the characters solving them. It was directed by Rob Bowman, written by Carter and Frank Spotnitz and featured five main characters from the television series: David Duchovny, Gillian Anderson, Mitch Pileggi, John Neville, and William B. Davis reprise their respective roles as FBI agents Fox Mulder and Dana Scully, FBI Assistant Director Walter Skinner, Well-Manicured Man, and the Cigarette-Smoking Man. The film was promoted with the tagline Fight the Future.

In 35,000 B.C. during the Ice Age, in what will become North Texas, two cavemen hunters encounter a large extraterrestrial life form in a cave, which kills one and infects the other with a black oil-like substance. In 1998, in the same area, a boy falls into a hole and is also infected by a black substance which seeps from the ground. Firefighters who enter the hole to rescue him do not come out. A team of men wearing hazmat suits arrive and extract the bodies of the boy and the firefighters. Meanwhile, FBI Special Agents Fox Mulder and Dana Scully, while investigating a bomb threat against a federal building in Dallas, discover the bomb in a building across the street. As the building is evacuated, Special Agent in Charge Darius Michaud remains, ostensibly to disarm the bomb. However, he simply waits for the bomb to detonate.

Mulder and Scully are later chastised because, in addition to Michaud, four other people were in the building during the bombing. That evening Mulder is accosted by a paranoid doctor, Alvin Kurtzweil, who explains that the "victims" were already dead, and that the bombing was staged to cover up how they died. At the hospital morgue, Scully is able to examine one of the victims, finding evidence of an alien virus. Meanwhile, the Cigarette Smoking Man goes to Texas, where Dr. Ben Bronschweig shows him one of the lost firefighters, who has an alien organism residing inside his body. He orders Bronschweig to administer a vaccine to it, but to burn the body if it fails. Later, the alien organism unexpectedly gestates and kills Bronschweig.

Mulder and Scully travel to the crime scene in Texas, where they find the site has been hastily turned into a new playground and encounter the boys whose friend fell into the hole. Driving in the direction indicated by the boys, the pair encounters a train with some white gasoline tankers and follow it to a large cornfield surrounding two glowing domes. Inside the domes, grates in the floor open and swarms of bees fly out, attacking the agents. They flee through an adjacent cornfield, chased by black helicopters, but manage to escape when the helicopters suddenly disappear.

Upon returning to Washington, D.C., Scully attends a performance hearing; at the same time, Mulder meets with Kurtzwell in an attempt to get more information. Scully arrives at Mulder's apartment to tell him she has been transferred to Salt Lake City. Mulder is devastated to lose his partner. The two are about to share a kiss when Scully is stung by a bee that had lodged itself under her shirt collar. She quickly falls unconscious while Mulder calls paramedics, but the ambulance driver shoots Mulder and whisks Scully away. She is seen later in an isolation unit being loaded onto a plane. An unconscious Mulder is picked up by another ambulance. Not severely injured, he slips out of hospital with the help of The Lone Gunmen and FBI Assistant Director Walter Skinner. He then meets a former adversary, the Well-Manicured Man, who gives him Scully's location, along with a vaccine against the virus that has infected her. As Mulder leaves, the Well-Manicured Man kills himself in a car bomb, before his betrayal of The Syndicate is discovered.

In Antarctica 48 hours later, Mulder finds Scully in a large underground facility containing many humans suspended in ice-like enclosures. He breaks Scully's confinement and uses the vaccine to revive her, but this disrupts the facility and cocooned aliens begin trying to escape. After Mulder and Scully escape to the surface, a huge alien vessel emerges from beneath the ice and travels into the sky. Mulder watches it disappear into the distance as Scully regains full consciousness. 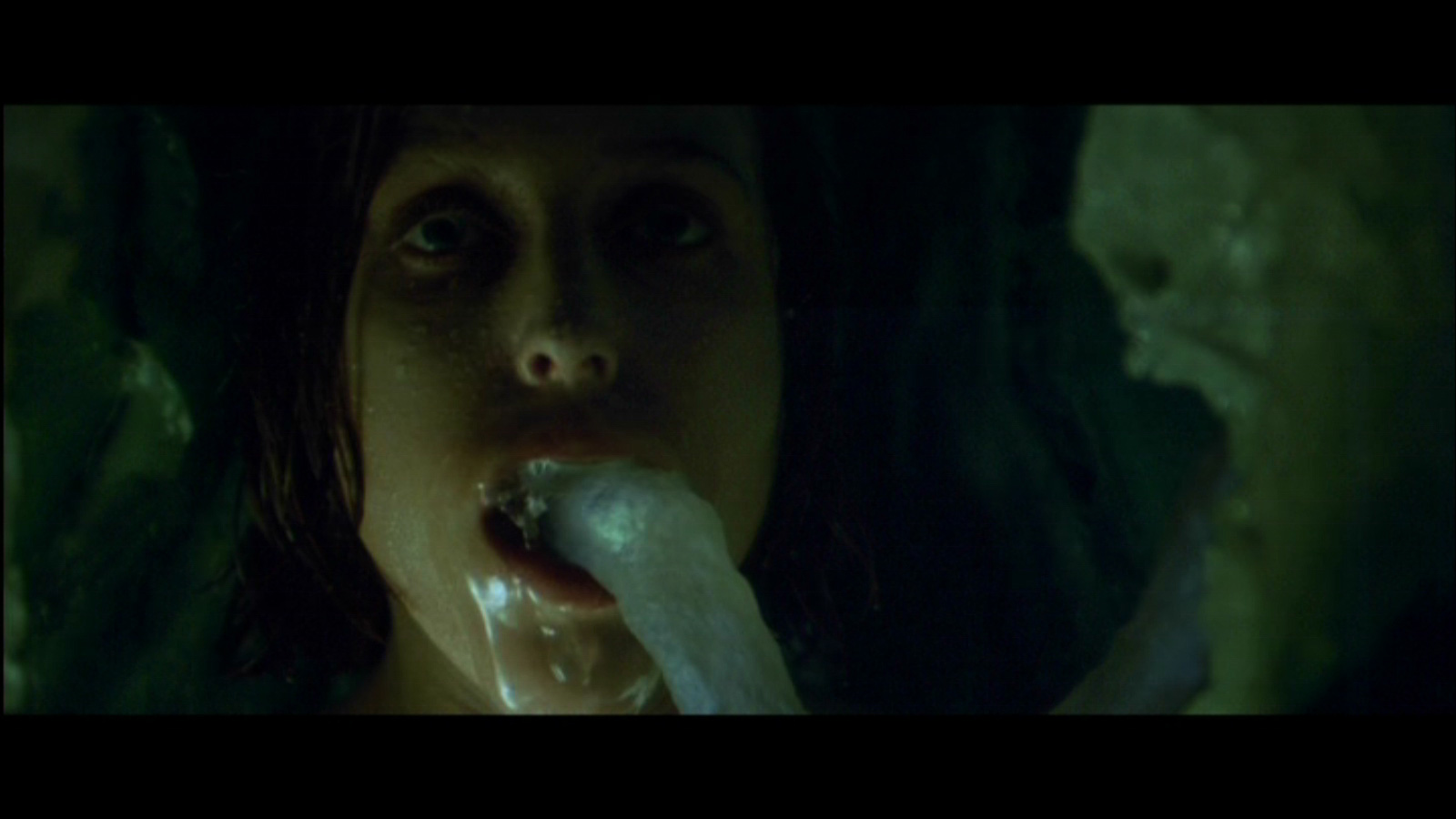 Later at another hearing, Scully's testimony is disregarded and evidence in Texas is destroyed. To the hearing moderator, she hands over the only remaining proof of their ordeal—the bee that stung her—noting that the FBI is not currently capable of investigating this evidence. Outside, Mulder reads an article that has covered up the domes and crop field in Texas. Scully informs Mulder that she is willing to continue working with him: "If I quit now, they win." 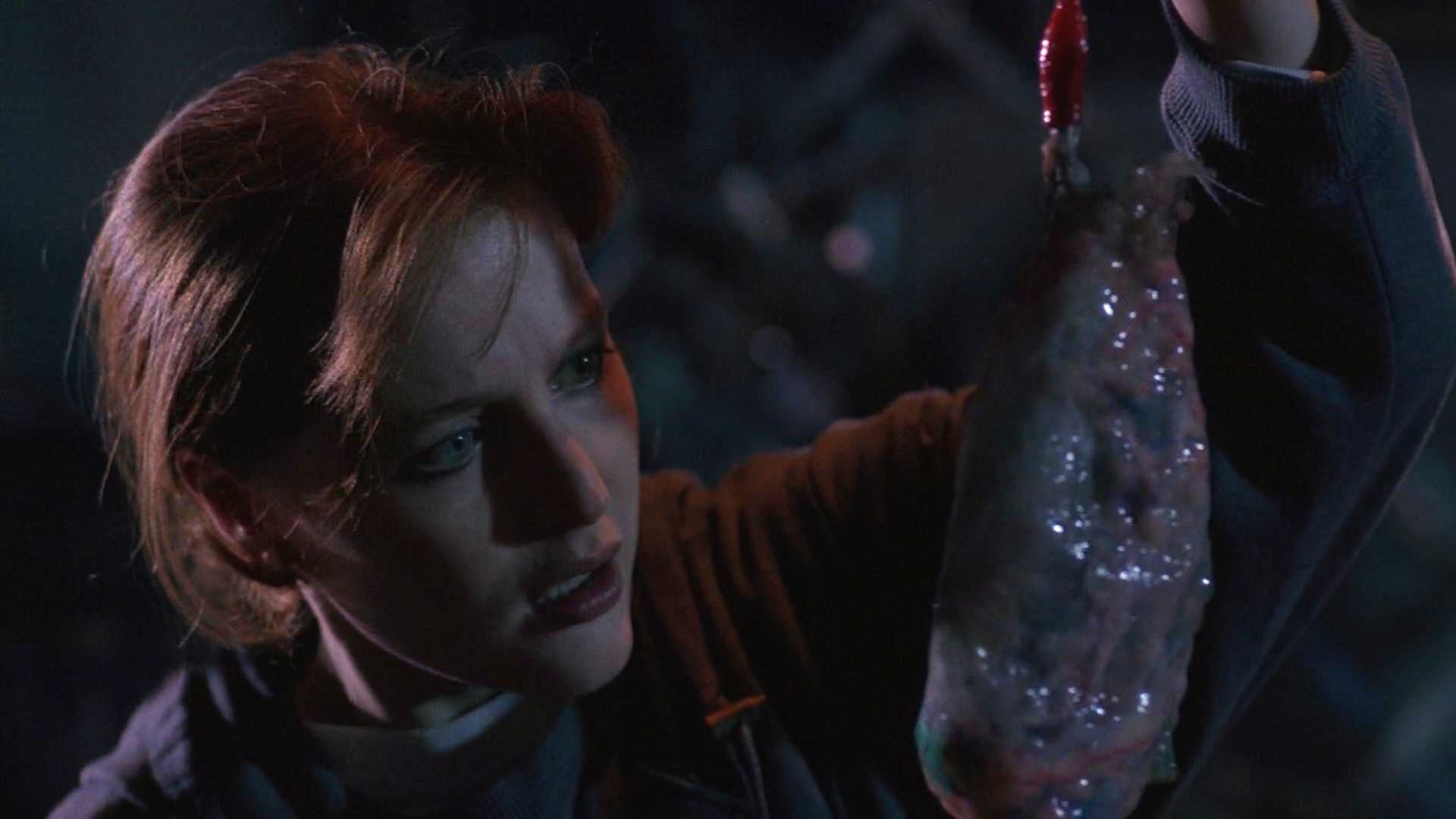 At another crop outpost in Tunisia, the Cigarette Smoking Man warns Conrad Strughold that Mulder remains a threat, as he explains what Mulder has found out about the virus. He then hands him a telegram revealing that the X-files unit has been re-opened.