CONSPIRACY NIGHT AT THE MOVIES: Morituri 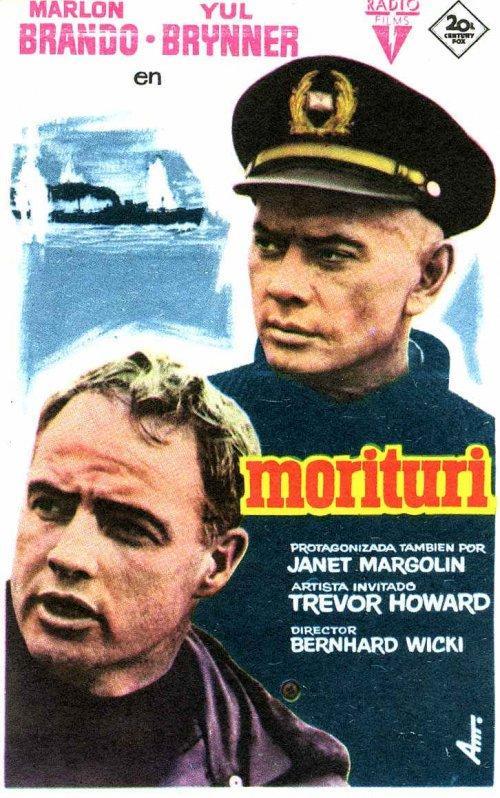 Morituri (also known as The Saboteur: Code Name Morituri) is a 1965 film about the Allied sabotage during World War II of a German merchant ship carrying rubber, a critical product during the war. The film stars Marlon Brando, Yul Brynner, Martin Benrath, Janet Margolin, Trevor Howard and Wally Cox. It was directed by Bernhard Wicki. The filming occurred almost exclusively on an old German freighter. 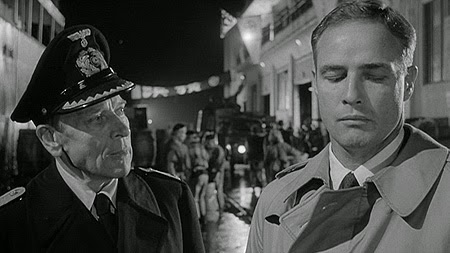 Robert Crain (Marlon Brando) is a German pacifist during World War II, living in India as a Swiss national. He is blackmailed by English Colonel Statter (Trevor Howard) and the Allies into going along with a plan to use his engineering knowledge to disable the scuttling charges on a German merchant ship carrying rubber from Japan. The Allies hope to bomb the ship and recover its cargo, as rubber is in short supply and essential for both sides' war effort. They provide Crain with fake documentation and a cover story that he is a high-ranking SS officer needing to sail to Germany.

On board the ship, Crain finds the captain (Yul Brynner) to be a patriotic German whose humanistic inclinations are hostile to Nazi principles. The first officer, Kruse (Martin Benrath), is a fanatical Party member who keeps a close eye on the captain. Crain convinces Kruse that he too is suspicious of the captain's loyalties. Several of the crew are in effect prisoners because of their political views, however they are pressed into service because of labor shortages. In time, after one of them tries to kill him, Crain enlists them in a plan to have the Allies take the ship.

Complications arise when a number of American prisoners and two Germany Naval officers are taken on board from a Japanese submarine. Also brought aboard is Esther (Janet Margolin), a young German Jew who has been raped and tortured by her Nazi captives. Despite the horrors she has been subjected to, she is still openly defiant of every German she encounters on board the ship, including the captain and Crain. The captain, when he is alone with her and is able to overcome her expectation that he too is a brutalizer, tells her he plans to assist her to escape once the ship gets to Europe. However, when Kruse learns that she is Jewish that is no longer a possibility. Later Crain persuades her to join in his plot, but she is disgusted by his lack of commitment to the anti-Nazi cause. 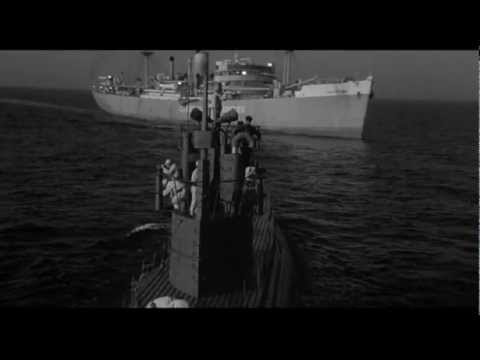 The two German officers, who are familiar with military personnel and operations in the Far East, become suspicious of Crain and radio to Berlin to check on his credentials. That gives him less than 24 hours to complete the mission. While awaiting the report, the captain, upon hearing that his son has become an accomplished Nazi military officer, in a drunken rage reveals the full extent of his anti-Nazi beliefs. This gives Kruse a reason to take command of the ship. About to be exposed, Crain organizes a mutiny. For it to have any chance of success the American prisoners would need to participate, but when Esther appeals to them for help they only agree on condition that she is sexually compliant with them. The mutiny is easily defeated, and Kruse shoots Esther for her part in it. Crain is able to elude the search for him long enough to detonate the demolition charges he had not yet disabled. The surviving crew abandons ship, during which the anti-Nazi German sailors make sure the wounded Kruse drowns. Crain and the captain are the only persons left on board. The lard in the ship's ho 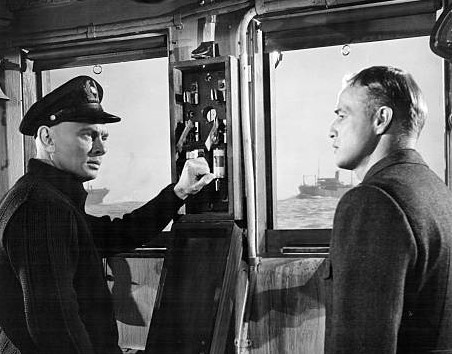