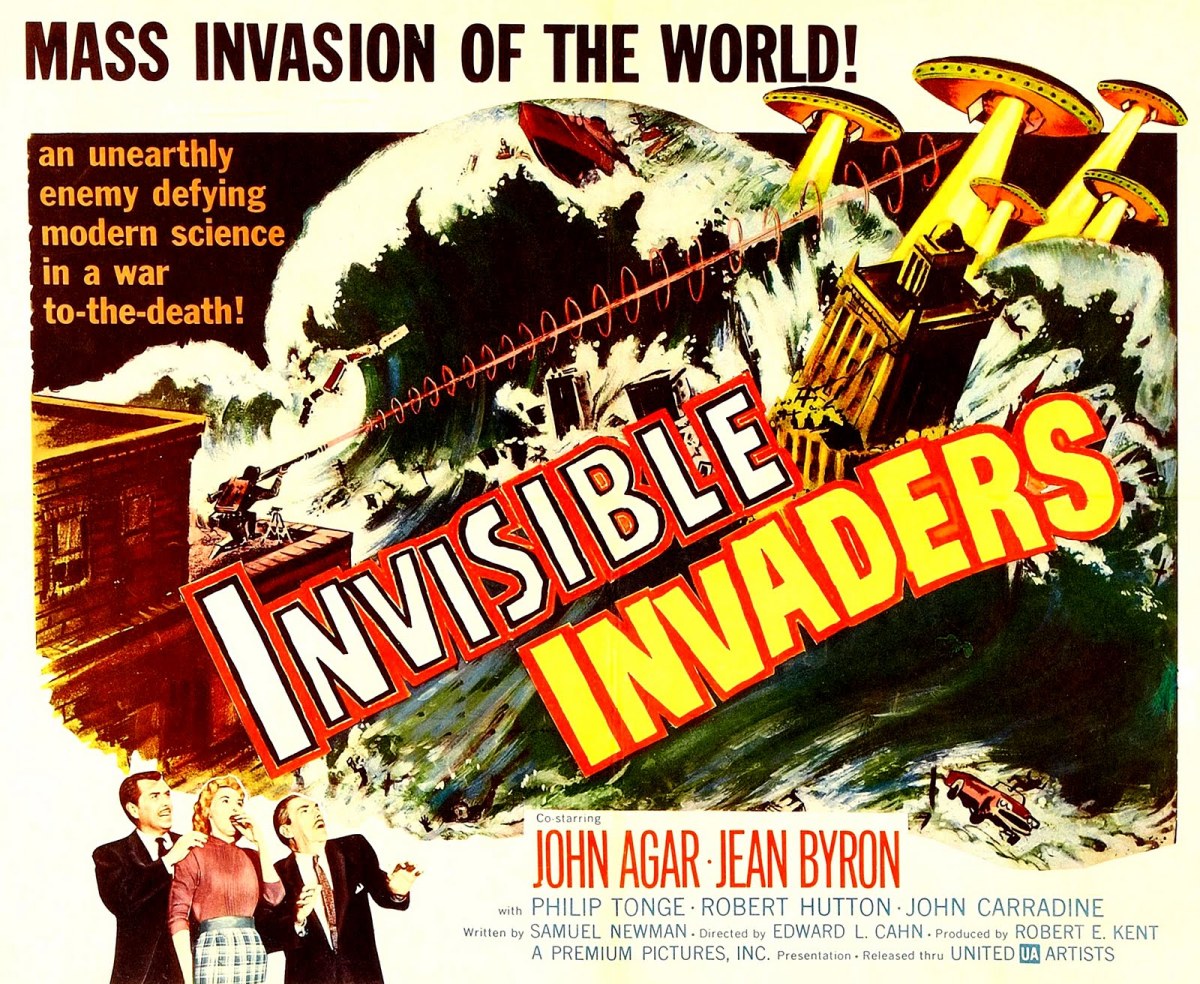 Dr. Karol Noymann (Carradine), an atomic scientist, is killed in a laboratory explosion. His colleague, Dr. Adam Penner (Tonge), is disturbed by the accident and resigns his position and calls for changes.

At Dr. Noymann's funeral, an invisible alien takes over Noymann's dead body. The alien, in Noymann's body, visits Dr. Penner and tells him the Earth must surrender or an alien force will invade and take over the Earth by inhabiting the dead and causing chaos. The alien demonstrates to Penner that they are able to make things invisible. Penner tells his daughter Phyllis (Byron) and Dr. John Lamont (Robert Hutton) about the experience and asks Dr. Lamont to relay the message to the government in Washington, D.C.. The government ignores the warning and Dr. Penner is labeled a crank by the media. 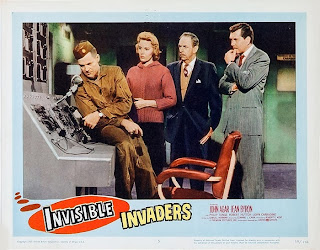 Dr. Penner takes his daughter and Dr. Lamont to Dr. Noymann's grave, where they are visited by an invisible alien. Later, at the site of a plane crash, another alien takes over the body of a dead pilot (Don Kennedy), goes to a hockey game, chokes the announcer, and issues an ultimatum for the Earth to surrender. Another alien takes over a dead body from a car crash and issues the same ultimatum at a different sporting event. The media announce the threat and the governments of the world decide to resist the invasion. Aliens take over more dead bodies and blow up dams, cause fires and destroy buildings. 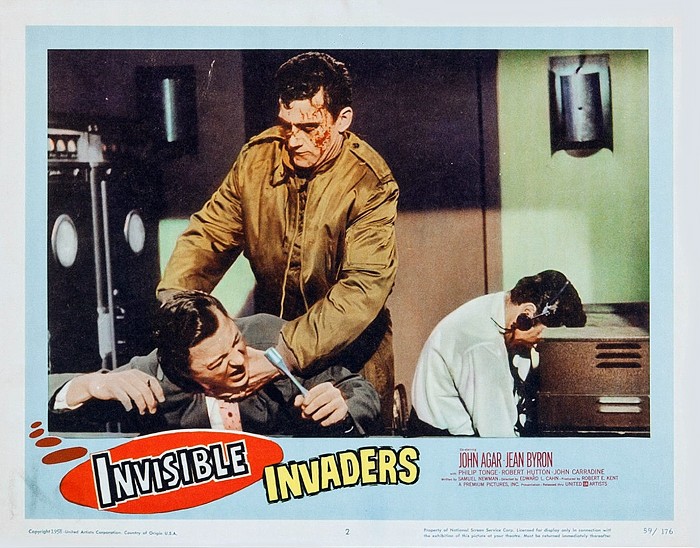 Maj. Bruce Jay (Agar) arrives to take Dr. Penner, Phyllis and Dr. Lamont to a secret bunker. On the way, they are confronted by a scared farmer (Hal Torey) who tries to take their vehicle. Maj. Jay kills the farmer and they proceed to the bunker while an alien takes over the dead farmer's body.

At the bunker, they are contacted by the government and tasked with stopping the alien invasion. They determine that the aliens are radioactive, and decide to capture an alien to conduct tests on. They attempt to spray an alien with acrylic to seal it in plastic, but this fails. They then fill a hole with the acrylic liquid and lure an alien into it. Once captured, the alien is taken to the bunker. 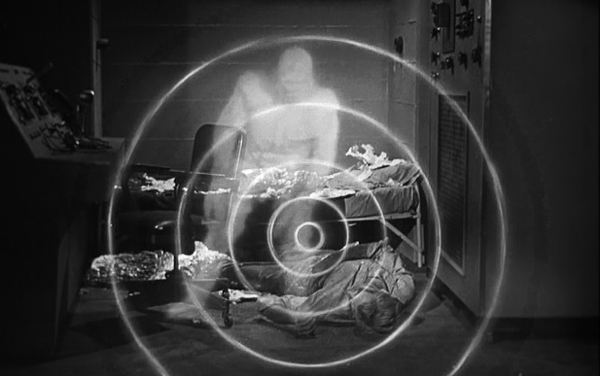 Back at the bunker, they confine the alien in a pressure chamber and break the acrylic using high pressure to set it free. They try several experiments, but nothing affects the alien. Frustrated and hopeless, Dr. Lamont wants to surrender, but Maj. Jay does not. The two men fight and inadvertently damage some electronic equipment, setting off a loud alarm. They notice that the alien reacts violently to the noise. 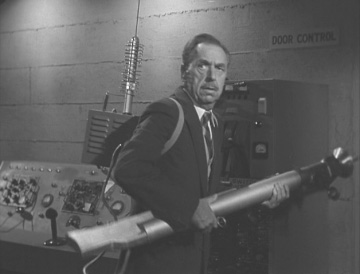 They make a sound gun and test it on the alien, causing it to become visible and killing it in the process. They try to inform the government, but their radio broadcast is jammed by the aliens, who are apparently nearby. Using a radio direction finder they follow the jamming signal to the alien ship, killing several aliens along the way. Maj. Jay walks through the woods to get to the ship and is confronted by several aliens. He kills them with the sound gun but is shot in the process. Despite being wounded, he finds the alien ship and shoots it with the sound gun, causing the ship to explode. With the jamming signal silenced, Dr. Penner is then able to contact the government and tell them how to stop the aliens while Phyllis tends to Maj. Jay's wound.

Later, at the United Nations, Dr. Penner, Dr. Lamont, Phyllis Penner and Maj. Jay receive thanks for saving the world from the alien invasion.