CONSPIRACY NIGHT AT THE MOVIES: A Farewell to Arms

Though not the typical conspiracy film it does qualify in the broader context of all war being such. It is a great copy and a great lesson from the era. With American Thanksgiving approaching, it is a reminder that there is much to be thankful for in the modern era. It also shows us the struggles our forebears went through. The insanity of war and the strength of love reign in this epic adaptation of the book. What would happen if they had a war and no one showed up? Well for once we would all live happily ever after obeying God's law.

A Farewell to Arms is a 1957 American DeLuxe Color CinemaScope drama film directed by Charles Vidor. The screenplay by Ben Hecht, based in part on a 1930 play by Laurence Stallings, was the second feature film adaptation of Ernest Hemingway's 1929 semi-autobiographical novel of the same name. It was the last film produced by David O. Selznick. An earlier film version, A Farewell to Arms starred Gary Cooper and Helen Hayes. 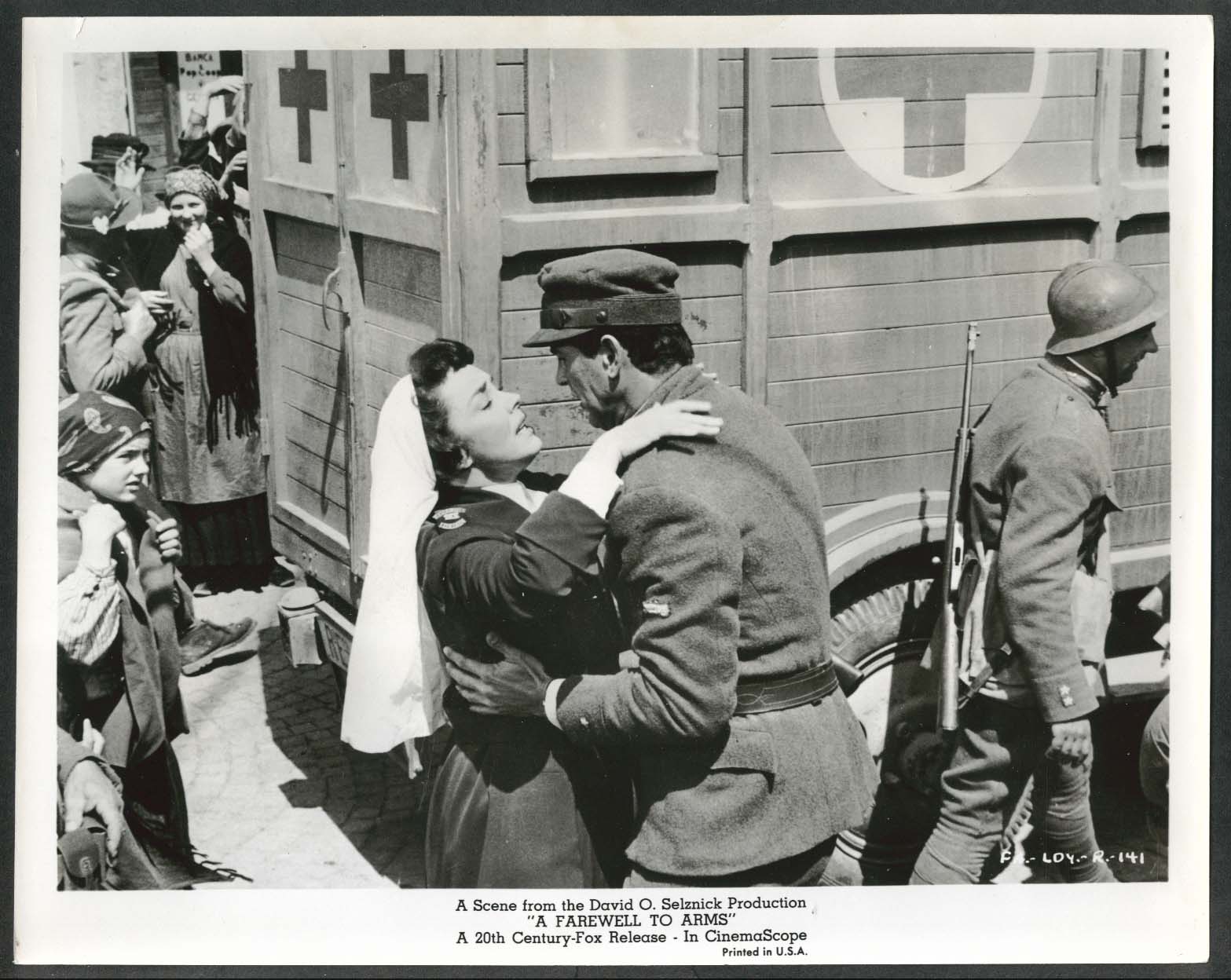 Frederick Henry (Rock Hudson) is an American serving as an ambulance driver for the Italian Army during World War I. While recovering from a wound in a British base hospital in northern Italy, he meets Catherine Barkley (Jennifer Jones), a Red Cross nurse, and the two engage in an affair. Frederick's friend, the doctor, convinces the army that Frederick's knee is more severely wounded than it actually is and the two continue their romance but never get married.

Catherine discovers she is pregnant but after sneaking alcohol into the hospital for Frederick, the head nurse Miss Van Campen (Mercedes McCambridge) discovers the duplicity and separates them. She informs Frederick's superiors that he has fully recovered from his wounds and is ready for active duty. During their separation, Catherine comes to believe Frederick has abandoned her.

Following the Battle of Caporetto, Frederick and his close friend Major Alessandro Rinaldi (Vittorio De Sica) assist the locals in fleeing the invading German/Austrian armies. Along the forced march, several people die or are left behind due to exhaustion. When the two ambulance drivers are finally able to report to a local army base, the commandant assumes they are both deserters from the front. Rinaldi is executed by the Italian military; enraged, Frederick knocks out the kerosene lamps and flees, jumping into the river.

Wanted by the Italian army, Frederick evades capture and meets up with Catherine. They flee Milan to hide out on a lake on the Italian-Swiss border (Lake Lugano or Lake Maggiore). Fearing arrest by the police, Catherine persuades Frederick to flee to Switzerland by rowboat; after some adventures, they land successfully in Switzerland. Claiming to be tourists trying to evade the war, the two are allowed to remain in neutral Switzerland. Catherine's pregnancy progresses but due to the conditions around them, the pregnancy becomes complicated and Catherine is hospitalized. Their child is stillborn, and Catherine dies shortly afterward. Frederick leaves, shocked, and wanders the empty streets.