Fight in Dewsbury, Yorkshire, took place in broad daylight in middle of street

He then flips her over, before neighbours rush forward to break the pair up

This is the shocking moment a couple battled each other in a violent wrestling brawl in the middle of the street in front of stunned neighbours.

A woman is seen pinning a man down to the road with her knee on his chest, before he manages to pull her over and get on top.

He gets her in a choke hold and nearly rips her top off before several neighbours of pair, from Dewsbury in West Yorkshire, intervene. 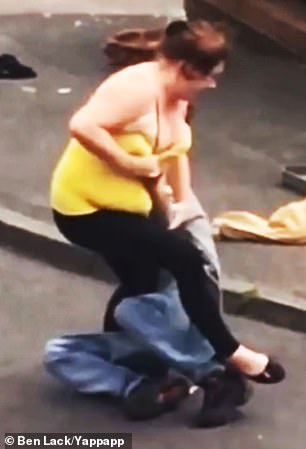 She's pretty good. However, let gravity help out. She should have knee dropped on him. Put all your weight on the aggressor. A good twist of the wrist or snap the fingers would have kept her in the win. They don't expect the counter attack. So give it all you got. Make sure something don't work too well. 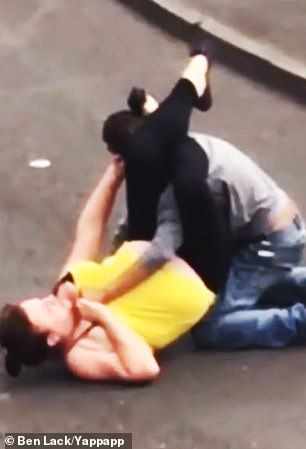 He overpowers her. She moves for the face. The ear pull helps. The eye gouge incapacitates. 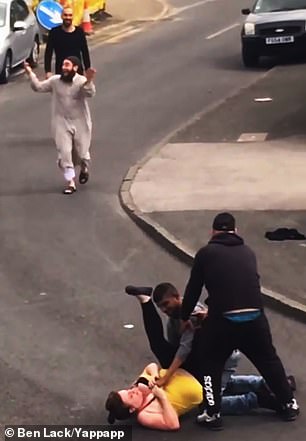 There are some men in the world. 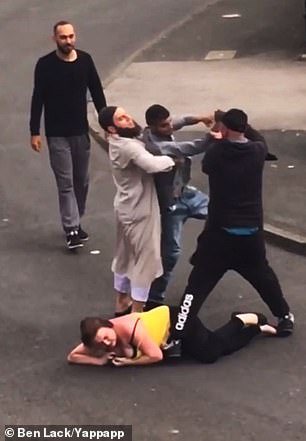 There's a lot who bemoan Muslims. When the posse forms all are included.

We don't know what happened exactly or why. It could be she was being robbed of her phone, but violence can occur swiftly. Your reaction must too.