RITUALS AND RUNES ON CONSPIRACY CAFE

There has been terror afoot to be sure, but it is not as they allege. It is a melodrama in many parts as the old chicanery manifests anew. We are getting tired of the inanity of it. The tricks are so poor once you come to understand them. The Brussels terror. The patsies in color. The primary targets were EU Commission staffers. Erdogan deported and warned about the terrorist. The prior fugitive raids. The Caroline Herschel Google Doodle on Target sheds an eerie light. It was 322 by the way. 400 trained and ready to go. Police knew for several months. Attacker on U.S. watch list. Were they even employed at the airport? Crisis actor in a coma. The surveillance photo a moment before. The den of terror clean as a whistle. ISIS provided with high tech spy equipment. Toronto troubled non terrorist. They're killing the Christians. Execution deadline in Philippines. Isn't that the PLAN! The Revived Roman Empire. The EU army. The only thing missing was a religion. The changing face of the Canadian Caliphate. Chop, Chop Block Saudi Arabia revealed in documentary. Beheadings to you. 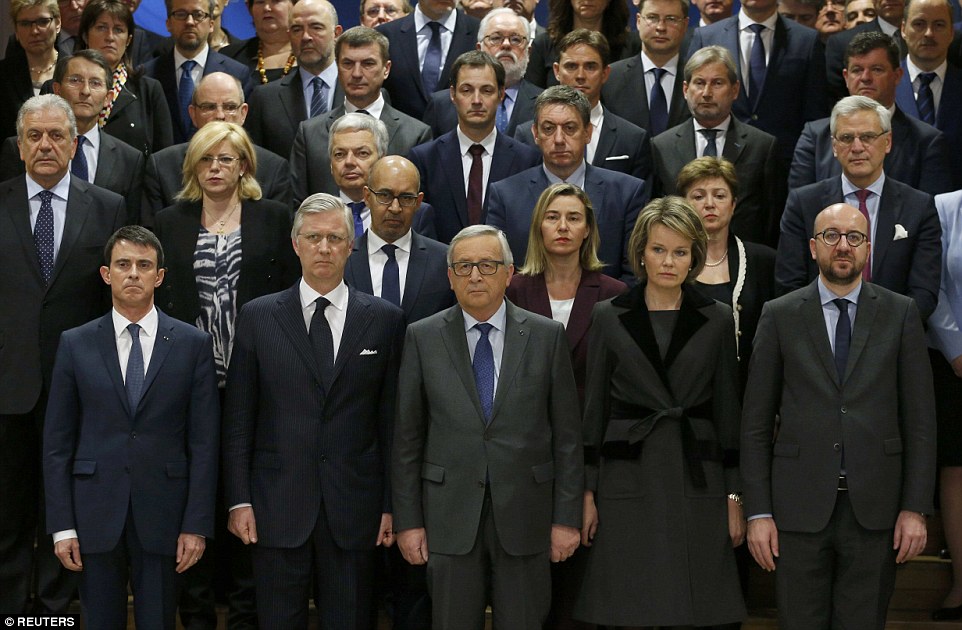 THE BLOOD IS ON THEIR HANDS. THEY OPENED THE DOOR AND LET THE EVIL IN. THEY DESTABILIZED VARIOUS COUNTRIES TO CREATE THE CRISIS. LOOK CLOSELY! EVIL HAS OVER THE YEARS WORN FINE CLOTHES.