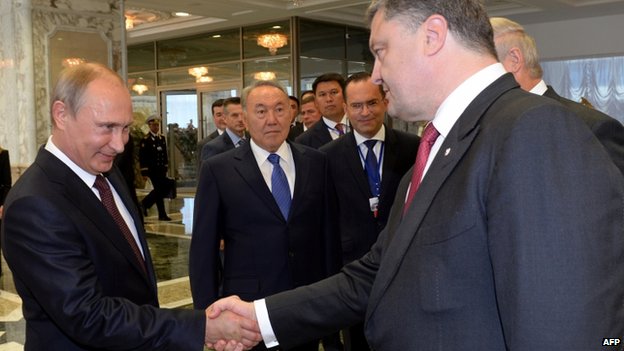 Vladimir Putin, left, and Petro Poroshenko shook hands at the start of the Minsk summit

Putin's got Poroshenko by the BALLS, and he knows it. Now comes the SQUEEZE! If he's fast and accurate enough, he should be able to make WWIII untenable for the moment. If not, prepare for a broader conflict.

The TWILIGHT SHADOW CAST FROM THE SHOW THIS WEEK IS 1:23:28 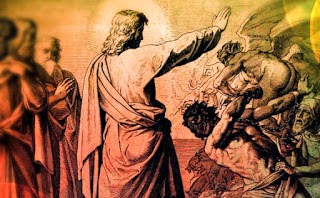 23 Just then a man with an unclean spirit was in their synagogue. He cried out,[a] 24 “What do You have to do with us,[b] Jesus—Nazarene? Have You come to destroy us? I know who You are—the Holy One of God!”

25 But Jesus rebuked him and said, “Be quiet,[c] and come out of him!” 26 And the unclean spirit convulsed him, shouted with a loud voice, and came out of him.

27 Then they were all amazed, so they began to argue with one another, saying, “What is this? A new teaching with authority![d] He commands even the unclean spirits, and they obey Him.” 28 News about Him then spread throughout the entire vicinity of Galilee.