The restoration of our September 17, 2009 show with guest host Timothy Spearman. It's another heart stopper. Our photo is from the cartoon Pinky and the Brain. Their classic line was what are we going to do tonight? Brain's response was take over the world. What are you going to do tonight? Stop them by listening to Conspiracy Cafe.

The Arctic Sea had the Russian S-300 surface to air missile aboard when it met Hillary Clinton off Cape Verde, NASA rocket launched in space chemtrail project, flu can be inserted in nanoprobe, Millions marched in Washington but the Bilderberg press won't tell you, shots fired on the Potomac as Obama crosses a bridge too far, Alternative fuel vehicle evacuates the city of Toronto and lands man in the psychiatric gulag, Iran war report written by LBJ's son in law, Brown & Root is ready for the next round. Are you? What are you going to do tonight? Listen to Conspiracy Cafe!

On December 9, 1967 the future world was changed. Charles Spittal Robb an USMC officer married Lynda Bird Johnson LBJ's daughter. A behind the overt scenes player ascended the throne to write the scripts for U.S. intelligence. He wrote the report urging war with Iran. He was Governor of Virginia and a U.S. Senator for a period. Of course Lyndon Johnson like Dick Cheney was Kellogg, Brown and Root through and through. They make wars for your sons to die in for their profit. 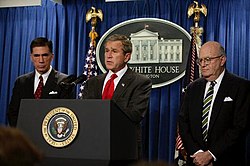 Robb with President George W. Bush and former U.S. Appeals Court Judge Laurence H. Silberman at a White House press conference announcing the formation of the Iraq Intelligence Commission which he would co-chair with Silberman, February 6, 2004. He is on the board with Mitre Corporation, CFR, TC, and part of the National Security Project (NSP). He massaged the WMD strategy into place for the Iraq war.

In one case, Rathsack recalled an undercover operation in which members of the unit, disguised in Afghan clothing, escorted a secret agent code-named "Eric" from an unnamed coalition force.

US lists China, Russia as its main challengers 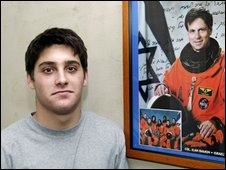 Assaf Ramon, was the son of Israel's only astronaut, Ilan Ramon, who died in the explosion of the space shuttle Columbia in 2003. Proverbs 8:10. RECEIVE MY INSTRUCTION AND NOT SILVER AND KNOWLEDGE RATHER THAN CHOICE GOLD What better wisdom for a show like Conspiracy Cafe. Knowledge is more precious than the gold and silver because with that knowledge we can change the paradigm and live with more prosperity and security protected from those that mean us harm.

Google still blocks her site with a malware warning.

Bill 128 and Libraries in Ontario

The War Against the Bank

You are a den of vipers and thieves. I intend to rout you out, and by the eternal God, I will rout you out.

Andrew Jackson, to a delegation of bankers discussing the recharter of the Second Bank of the United States, 1832

Startling New Evidence That The 'SwineFlu' Pandemic Is Man-Made