THE BEATLES You've got to hide your love away

You've got to hide your love away from sabrina b on Vimeo. 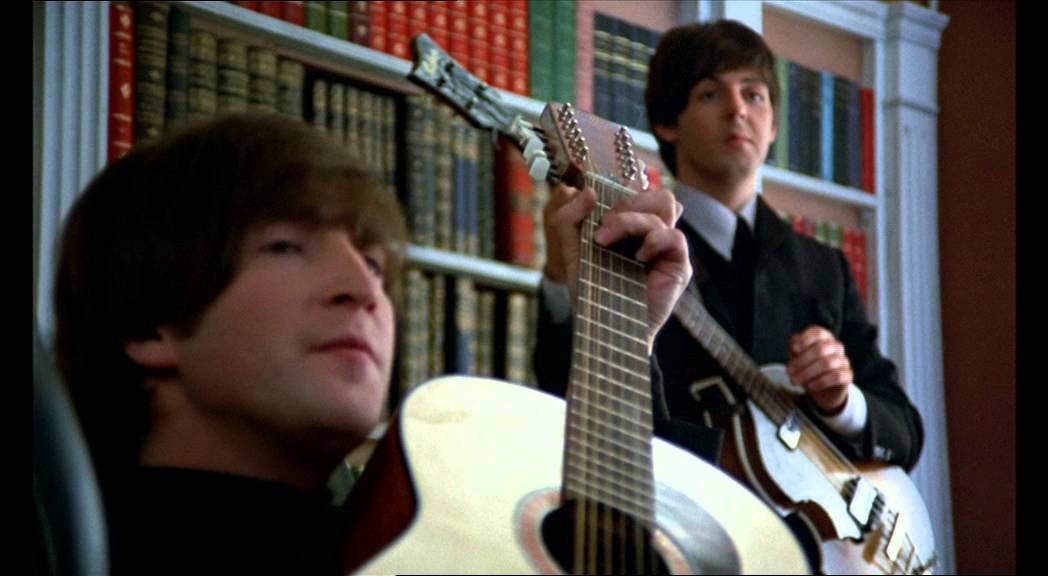 "You've Got to Hide Your Love Away" is a song by English rock band the Beatles. It was written and sung by John Lennon (credited to Lennon?McCartney) and released on the album Help! in August 1965.

Lennon said of the song, "That's me in my Dylan period again. I am like a chameleon, influenced by whatever is going on. If Elvis can do it, I can do it. If the Everly Brothers can do it, me and Paul can. Same with Dylan." The song is an early example of John self-reflecting in his writing, which had begun with songs such as "I'm a Loser" in the summer of 1964. Lennon wrote the song at home during what he called his "Dylan period," wanting another song for the film Help!. The song "is just basically John doing Dylan," Paul McCartney confirmed. The song is similar to a folkish strophic form and uses a Dylanesque acoustic guitar figure in compound time, chiefly acoustic accompaniment, no backing voices and light percussion from brushed snare, tambourine and maraca. A flute, however, replaces the harmonica that Dylan typically used.

The song lyrics are ambiguous. They may tell of an unrequited love and hidden feelings. John could also have been referring to the fact that as a Beatle he was expected to keep the fact he was married a secret. He could also have been writing about his inability to express his true 'loving' self in public and his feelings of isolation and paranoia related to fame. Some, such as singer Tom Robinson, have suggested that it was written for their manager Brian Epstein, who had to hide his homosexuality from the public. Lennon himself however never discussed the inspiration for the lyrics. When the song was first written, Lennon used "two-foot tall" to rhyme with the "wall" in the first verse, but mistakenly said "two-foot small" when he sang the line to McCartney, and decided to keep it this way. Pete Shotton, Lennon's former bandmate from The Quarrymen, was present when the song was being composed, and he suggested adding "Hey" to the start of the line in refrain.

The basic rhythm track was recorded first, followed by George Harrison's guitar and some extra percussion. John Scott recorded a tenor flute in the spaces in Lennon's vocal track and an additional alto flute part, an octave higher than the first, on the last available track of the four-track machine.