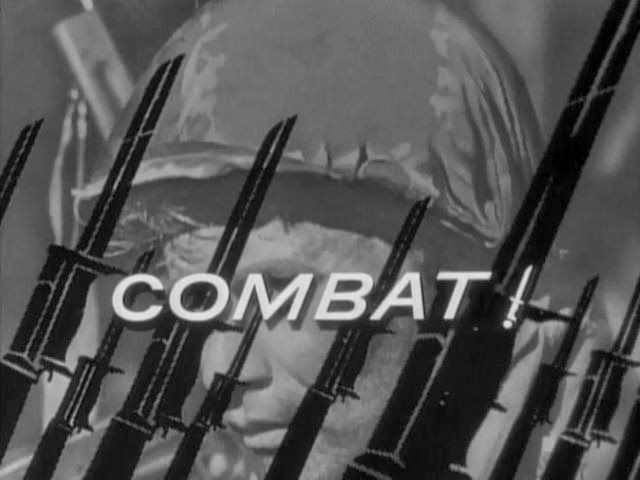 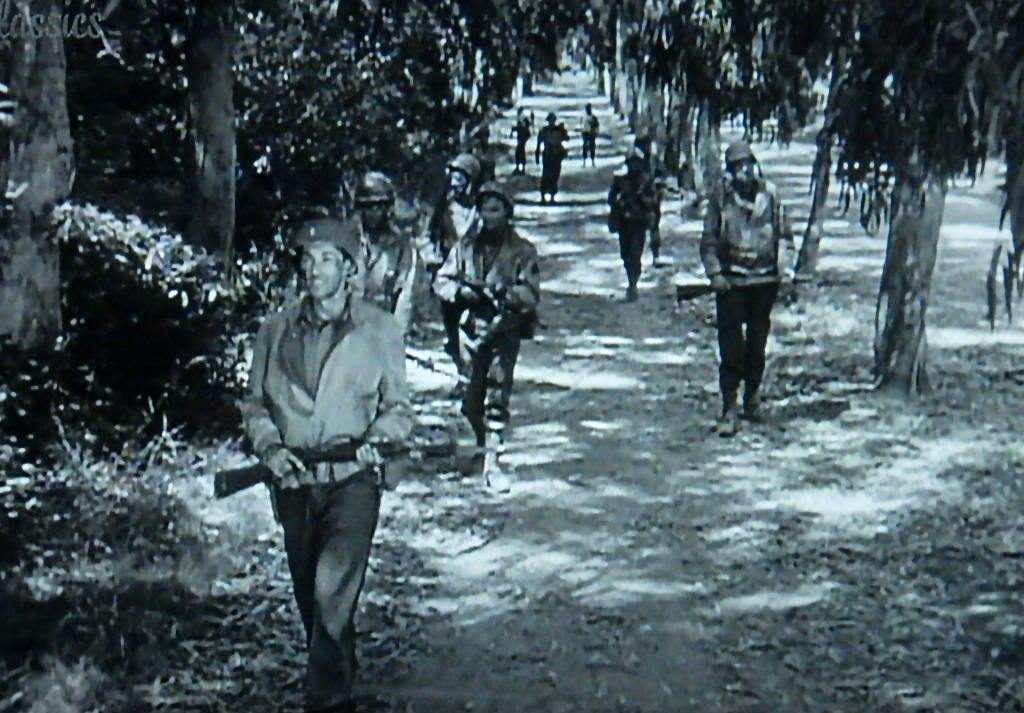 This episode contains many fine examples from the training concept how to get killed. Walk in the open along a road where one weapon can take you all out. Don't use a point man. 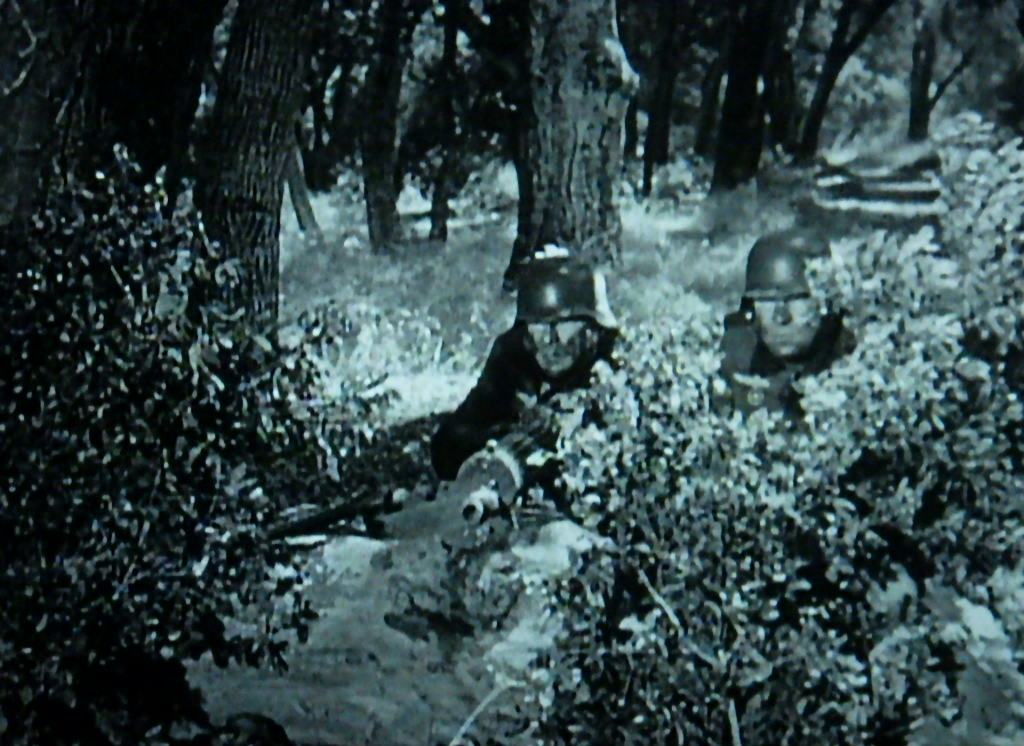 The soldier with the puppy gets himself killed. They all jump on the tank. It isn't a picnic. The tank crew need to use the most powerful weapon they have. That is the cannon. The turret must be free to swing in all directions. They stroll into the town without securing it. If there is a way to do everything wrong they do it. The other big factor is they point their weapons at each other. NEVER! 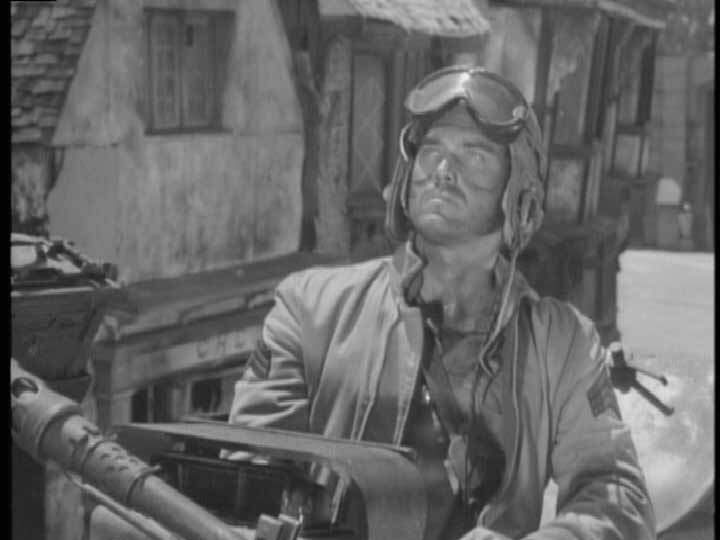 A bitterly troubled tank Sgt. escorts Lt. Hanley's men to a French town that seems to have been abruptly abandoned.

The only one who seems to understand small unit tactics is our tank sergeant. Dane may be carrying the cross, but he carries his weight as a squad leader. Imagine he gave orders to secure the tank. Had they left it unattended the Germans could have secured it. It is a powerful episode for spiritual issues and tactical blunders. The Germans made a blunder too. They opened fire too soon. The machine gun should have been able to take them all out on the road.