Tomorrow When the War Began EP5 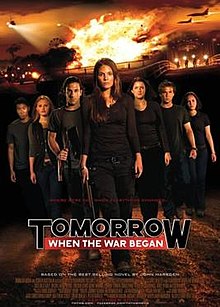 Tomorrow When the War Began is an Australian drama television series based on the Tomorrow series by John Marsden, produced by Michael Boughen and Tony Winley and executive produced by Matthew Street and Kim Vecera. The series, which consisted of six one-hour episodes, premiered on ABC3 on 23 April 2016, and covered roughly the events of the first novel, Tomorrow, When the War Began.

In entertainment you can make oodles of mistakes and endure. 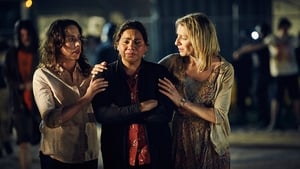 Based on the award-winning novels written by John Marsden, Tomorrow When the War Began follows a group of eight teenage friends who find themselves in the middle of an unexpected war in a small country town after returning from a remote camping trip. Cut off from the rest of the world and everyone they knew, they must find their way in the new world, where they are among only a few remaining free Australians, who must learn to defend themselves against the hostile invaders and save their detained families. 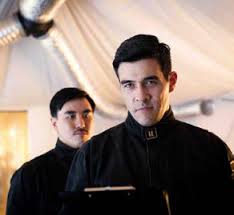 They was nothing to gain leaving the weapons behind at the farm when the guards were captured. They are already facing an immediate death penalty. All the family would be tortured from the farm and in captivity and made examples of. The would be the pain required to create the monster in you to be a soldier.

Corrie clings to life in the Wirrawee hospital, with a distraught Kath by her side. With Kevin now in their custody, the enemy has one goal: find and destroy the remaining rebels.

This episode is textbook how to do everything wrong. They are operating as guerrillas. They have no protection in law. Being head up ass led to sustaining a casualty. Going for 'help' was never an option unless it was with an underground doctor. Their foolish action cost the life of one of their own and risked the lives of the others. In a guerrilla scenario where the territory is not controlled the wounded are dead if you can't help them on your own.

Turning them over to the enemy means torture and death anyway. The risk is they reveal your location getting the whole force killed.

The most important goal was achieved and destroyed. An agent was placed to gather human intelligence at the enemy's command center. It doesn't get any better. That was ruined. The casualty died anyway, a good man was lost, weapons were lost and transportation as well.

It may seem callous, but in war there can be no emotion. It is survival and defeat of the enemy. In Poland under occupation, mothers had to drown their babies to prevent their cries from being heard that would have resulted in the torture and death of the entire group. That was a price paid to resist tyranny.