12 O'Clock High (also known as Twelve O'Clock High) is an American drama series set in World War II. This TV series originally broadcast on ABC-TV for two-and-one-half TV seasons from September 18, 1964, through January 13, 1967; was based on the motion picture Twelve O'Clock High (1949). The series was a co-production of 20th Century Fox Television (Fox had also produced the movie) and QM Productions (one of their few non-law enforcement series).

The series follows the missions of the fictitious 918th Bombardment Group (Heavy) of the U.S. Army Air Forces (USAAF), equipped with B-17 Flying Fortress heavy bombers, stationed at Archbury Field, England (a fictitious air base). For the first season, many of the characters from the book and 1949 movie were retained, including Brigadier General Frank Savage, Major Harvey Stovall, Major Cobb, Doc Kaiser, and General Pritchard, albeit played by different actors than in the motion picture. In addition to these characters, several other infrequently reappearing characters were introduced, including Captain (later Major) Joseph "Joe" Gallagher, who appeared in two episodes.

At the end of the first season, the studio executives decided a younger-looking lead actor was needed. In the first episode of the second season, General Savage, played by Robert Lansing, was killed in action and replaced by Colonel Joe Gallagher, played by Paul Burke. (Burke, though considered more youthful-looking than Lansing, was actually two years older, a fact that TV critics were quick to point out.) 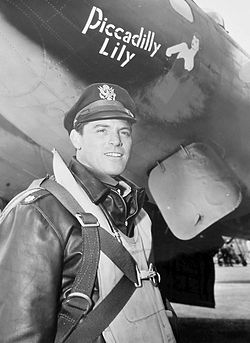 The character Joe Gallagher's father was Lt. General Maxwell Gallagher, played by Barry Sullivan. Burke and Sullivan had previously worked together in the TV series Harbormaster. In an interview given by Lansing on The Mike Douglas Show in 1965. Lansing mentioned that had he known what a boost to his career 12 O'Clock High was, he never would have fired himself. Savage was killed off in a way so as not to require Lansing's participation. According to TV Guide, ABC moved the show from a 10:00 P.M. Friday time slot to a 7:30 P.M. Monday time slot for the second season in order to capture a younger audience. It was hoped that TV viewers would identify more with a colonel rather than an Air Force general. Lansing, had he remained, would have received limited air time with Burke's addition...

General Savage believes that Gallagher, part of a military family, is too quick to abort missions at the first sign of engine trouble. Savage rides Gallagher hard, assigning him a crew of slackers and misfits and ordering Gallagher to paint the name "Leper Colony" on his plane. Gallagher turns his crew is to an efficient outfit but he despises Savage and wants to do anything to get a transfer.