This episode tells a parody of the reality we face. What if a Nazi regime was established through Operation Paperclip? What if our leaders were puppets controlled by a concealed force. What if the Third Reich was established? Perhaps a reason this episode was banned in Germany. What if Hillary Clinton becomes the puppet leader controlled by an unseen hand? Who says the 'President' has to even be alive or conscious? 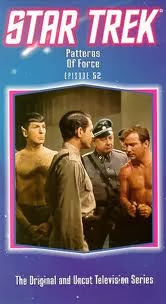 For English click on the little head. It's the second option.

"Patterns of Force" is a second season episode of the original science fiction television series Star Trek, and was broadcast on February 16, 1968. It is episode #50, production #52, written by John Meredyth Lucas, and directed by Vincent McEveety. This episode was banned on German television from 1968 until 1995 due to the depiction of Nazi uniforms. In this episode, the crew of the Enterprise tracks down a Federation observer on a planet dominated by a "Naziesque" regime. 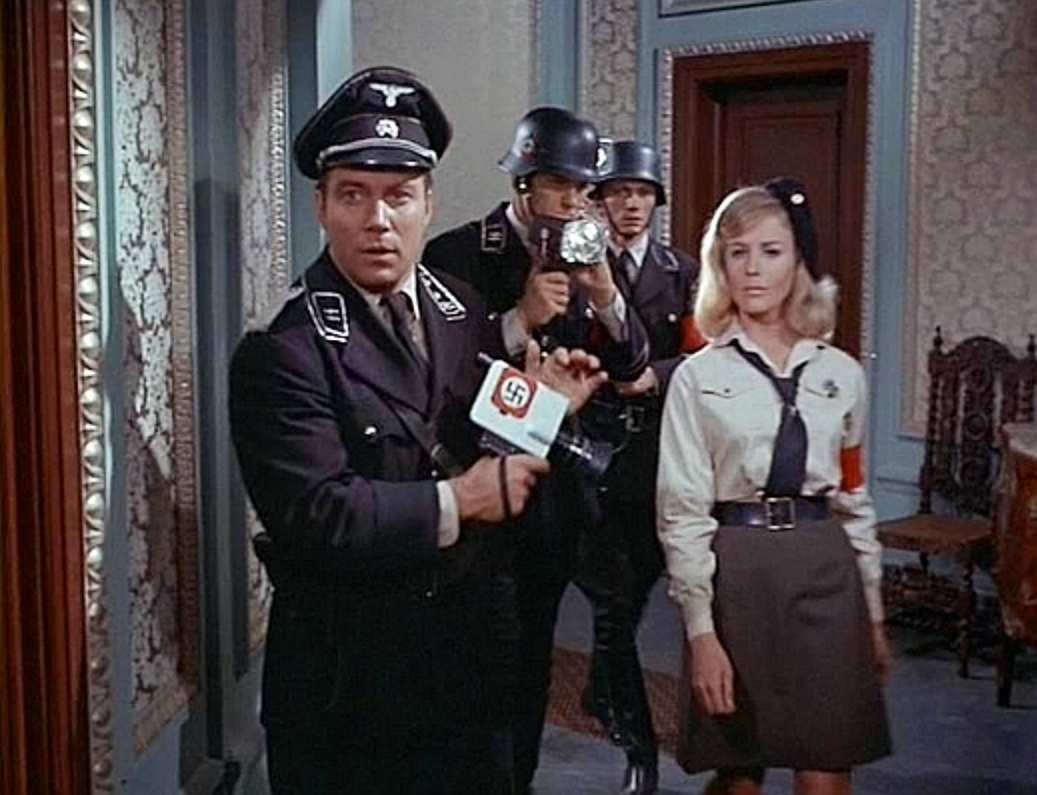 The starship Enterprise arrives at the planet Ekos in the M34 Alpha System, to investigate the disappearance of a Federation cultural observer named John Gill, who was one of Captain Kirk's history professors at Starfleet Academy. As soon as the Enterprise enters orbit around Ekos, it is attacked by a rocket armed with a thermonuclear warhead, technology that is no match for the starship but too advanced to be from either primitive, warlike Ekos or their neighboring planet, peaceful, more progressive Zeon. The latter has however achieved inter-system spaceflight and developed an interest in assisting their neighbor, resulting in a significant Zeonian population on Ekos.

Kirk suspects Gill may be responsible for the introduction of more advanced technology somewhere in the system--which means he has violated the Prime Directive. Kirk and First Officer Spock decide to beam down to the planet to investigate. Before they transport to the surface, Chief Medical Officer Dr. McCoy injects the duo with subdermal transponders, a type of emergency homing device. Upon their arrival, Kirk and Spock watch as a Zeon is arrested by Ekosian soldiers dressed as brown-shirted Nazi Stormtroopers. An outdoor video newsreel shows an Ekosian rally featuring huge crowds shouting Nazi-style slogans and waving swastika-emblazoned flags. A female "Nazi" officer, Daras, receives a medal of honor. A "final solution" is mentioned, meaning apparently the extinction of all Zeons on Ekos, as a prelude to the entire destruction of Zeon. The broadcast ends with the reporter making a Nazi salute to a picture of the Führer — John Gill.

Startled, horrified and determined to contact Gill, Kirk and Spock steal uniforms and try to infiltrate the main headquarters, but are caught when Spock's ears are exposed. He and Kirk are tortured until Party Chairman Eneg orders them thrown in a cell for further interrogation. There they meet Isak, the Zeon prisoner they had seen arrested earlier. 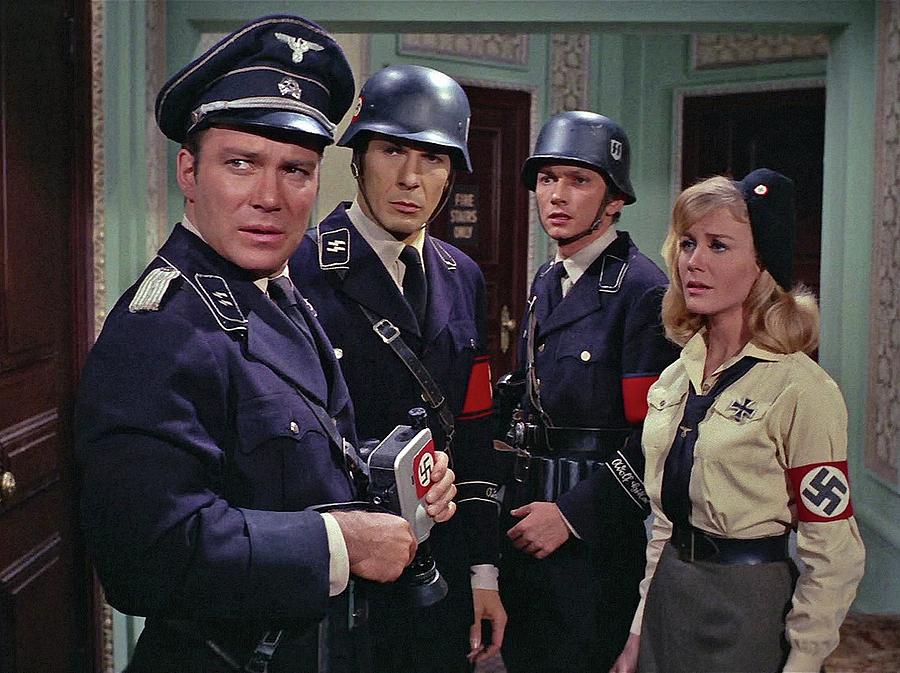 The trio quickly engineer an escape using the crystals from Kirk and Spock's transponders as lasers and retrieve their communicators. Isak takes them to meet the underground resistance led by his brother Abrom. Suddenly, their hideout is raided, led by Daras, in what is quickly revealed as a ruse to test the strangers' loyalty. Daras is actually a resistance member who has infiltrated the government. Abrom explains that Deputy Führer Melakon is actually the de facto Ekosian leader; in turn, Kirk and Spock explain the situation from their perspective, and ask for help in locating Gill. They learn that the "Führer" is in fact due to make a speech that evening that will officially launch the "Final Solution".

To gain entrance to the broadcast centre, the whole group pretends to be a film crew. They find Gill in a broadcasting booth surrounded by guards, seemingly dazed but beginning his speech. Kirk has Dr. McCoy beam down; he arrives in a cloakroom, where the party is discovered by a security team led by Chairman Eneg -- who surprisingly does not seem to recognize them. After he leaves, Isak explains that Eneg is also a resistance member.

Sneaking into the broadcast booth, McCoy confirms Gill is heavily drugged. He administers a counteractive stimulant while Spock uses a Vulcan mind meld on Gill, which confirms that Melakon was responsible for Gill's condition. Gill, barely coherent, explains that he initially imposed a form of National Socialism upon the lawless Ekosians because he believed it to be the most efficient system of government ever devised. It worked on Ekos until Melakon gained control and twisted it into a tool to wipe out Zeon.

Kirk makes Gill aware of the extent to which Ekos has progressed toward resembling Nazi Germany. A horrified Gill, now lucid enough to speak his own mind, renounces the "Final Solution", cancels the invasion of Zeon and declares Melakon a traitor. Melakon grabs a machine gun and opens fire on the broadcast booth, fatally wounding Gill. Isak shoots and kills Melakon in retaliation. Eneg and Daras, still officially respected party leaders, go on the air instead to announce the end of the Nazi experiment. Isak thanks Kirk for Starfleet's aid but asks them to leave, saying it is up to the two planets to rebuild themselves.

Because the episode contains Nazi uniforms and insignia, and features a character who makes the statement that Nazi Germany was the "most efficient society" ever created, it was considered unfit for entertainment in Germany. Consequently, this episode is the only one which was not aired during either of the two original runs in Germany (on the public ZDF network in the mid-1970s and on the private Sat.1 network in the late 1980s/early 1990s). It was only dubbed into German in 1995, and was presented in the original English with subtitles in all earlier German releases. It was finally shown on German pay TV in 1996 and included on all DVD/Blu-ray season sets. On November 4, 2011 it was finally shown on the public network channel ZDFneo as well.