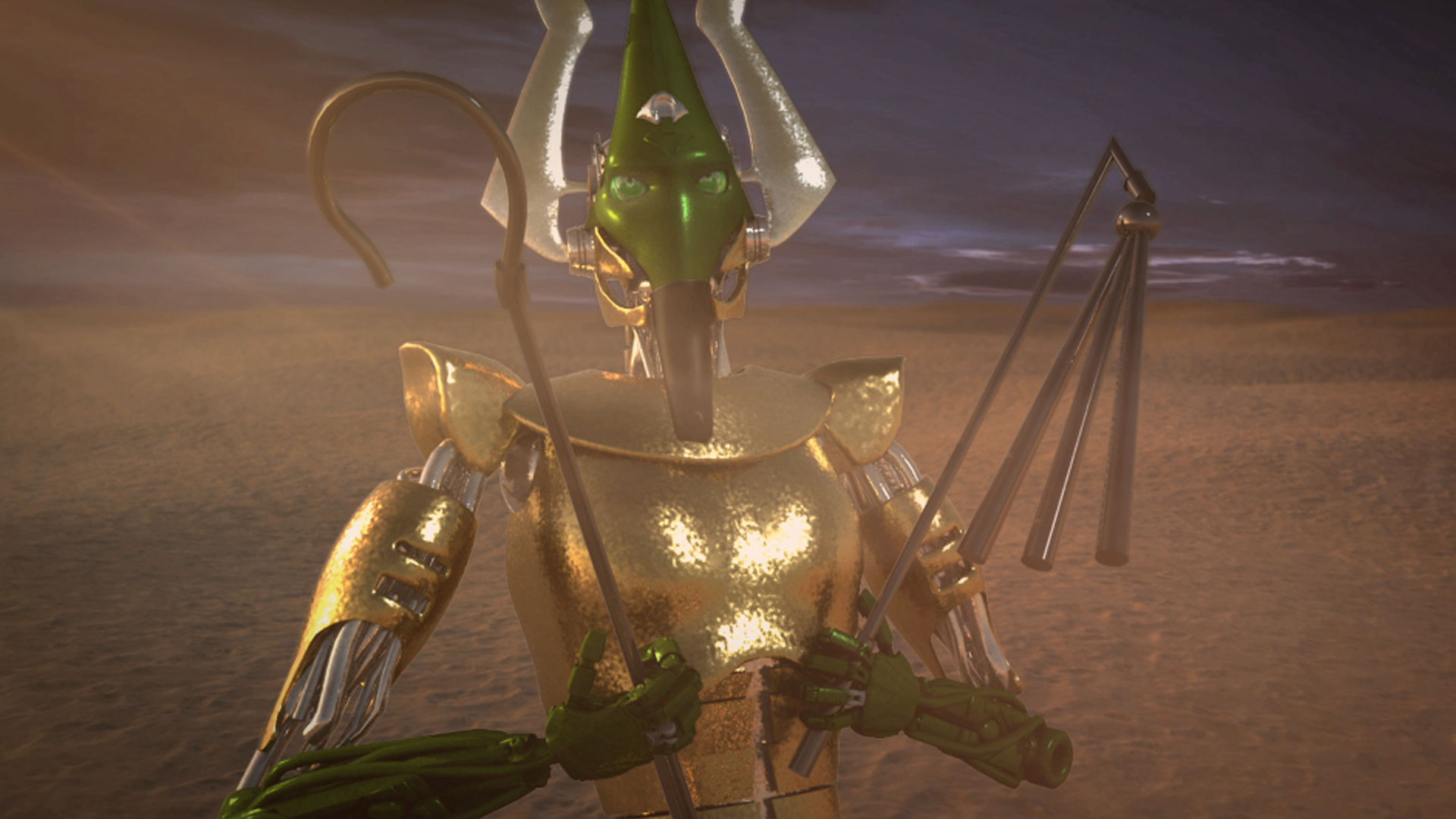 Ancient astronaut theorists discuss that sophisticated robots existed in the ancient world and that figures such as Osiris may have in fact been robots.

1 obsolete : a false god or idol

3 archaic : a fancy pigeon with dark eyes and white or creamy feathers

I would add robot in this day and age.