Azorian The Raising of the K-129

"Azorian" (erroneously called "Jennifer" by the press after its Top Secret Security Compartment) was the code name for a U.S. Central Intelligence Agency (CIA) project to recover the sunken Soviet submarine K-129 from the Pacific Ocean floor in the summer of 1974, using the purpose-built ship Hughes Glomar Explorer. The 1968 sinking of the K-129 occurred approximately 1,560 nautical miles (2,890 km) northwest of Hawaii. Project Azorian was one of the most complex, expensive, and secretive intelligence operations of the Cold War at a cost of about $800 million ($3.8 billion in 2015 dollars). In addition to designing the high tech recovery ship and its unique lifting cradle, the U.S. used concepts developed with Global Marine (see Project Mohole) that utilized their precision stability equipment to keep the ship nearly stationary above the target (and do this while lowering nearly three miles of pipe). They worked with scientists to develop methods for preserving paper that had been underwater for years in hopes of being able to recover and read the submarine's codebooks. The exact reasons why this project was undertaken are unknown, but likely reasons included the recovery of an intact nuclear missile (R-21, also known as NATO SS-N-5-SERB), and cryptological documents and equipment. After the Soviet Union performed their unsuccessful search for the K-129, the U.S. undertook a search, and by the use of acoustic data from four AFTAC sites and the Adak SOSUS array located the wreck of the submarine to within 5 nautical miles (9.3 km). The USS Halibut submarine used the Fish, a towed, 12-foot (3.7 m), 2-short-ton (1.8 t) collection of cameras, strobe lights, and sonar that was built to withstand extreme depths to detect seafloor objects. The recovery operation commenced covertly (in international waters) about six years later with the supposed commercial purpose of mining the sea floor for manganese nodules under the cover of Howard Hughes and the Hughes Glomar Explorer.[5] While the ship did recover a portion of K-129, a mechanical failure in the grapple caused two-thirds of the recovered section to break off during recovery. 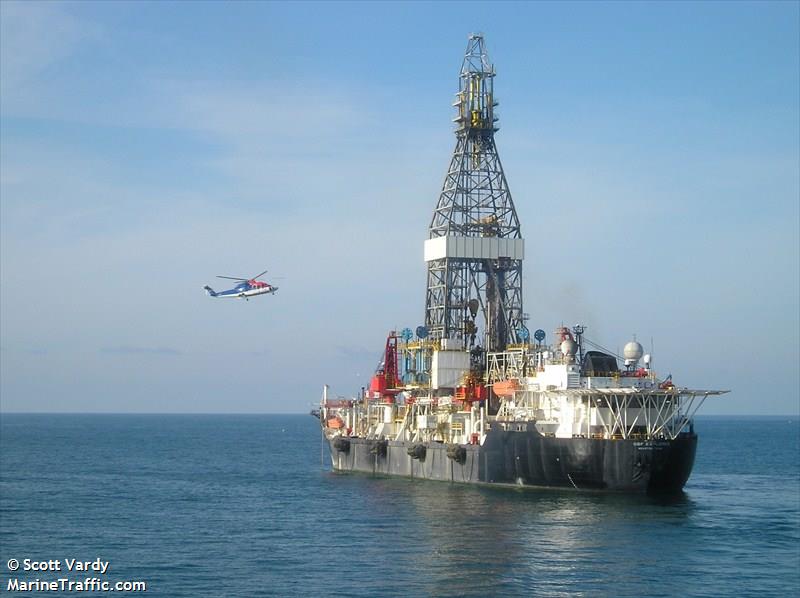 After weeks of search, the Soviets were unable to locate their sunken boat, and Soviet Pacific Fleet operations gradually returned to a normal level. In July 1968, the U.S. Navy initiated "Operation Sand Dollar" with the deployment of USS Halibut from Pearl Harbor to the wreck site. Sand Dollar's objective was to find and photograph the K-129. In 1965, Halibut had been configured to use deep submergence search equipment, the only such specially-equipped submarine then in U.S. inventory. The search locus provided by SOCUS was 1,200 square miles (3,100 km2), and the wreck sat at a depth of over 3 miles (4.8 km). Nonetheless, Halibut located the wreck after only three weeks of at-depth visual search utilizing robotic remote-controlled cameras. (Compare this to almost 5 months of open and unrestricted search required to locate the wreck of the U.S. nuclear-powered submarine Scorpion in the Atlantic, also in 1968). Halibut is reported to have spent the next several weeks taking over 20,000 closeup photos of every aspect of the K-129 wreck, a feat for which Halibut received a special classified Presidential Unit Citation signed by Lyndon B. Johnson in 1968.

In 1970, based upon this photography, Defense Secretary Melvin Laird and Henry Kissinger, then National Security Advisor, proposed a clandestine plan to recover the wreckage so that the U.S. could study Soviet nuclear missile technology, as well as possibly recover cryptographic materials. The proposal was accepted by President Richard Nixon and the CIA was tasked to attempt the recovery. 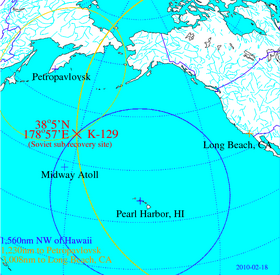 Global Marine Development Inc., the research and development arm of Global Marine Inc., a pioneer in deepwater offshore drilling operations, was contracted to design, build and operate the "Hughes Glomar Explorer" in order to secretly salvage the sunken Soviet submarine from the ocean floor. The ship was built at the Sun Shipbuilding yard near Philadelphia. Billionaire businessman Howard Hughes — whose companies were already contractors on numerous classified US military weapons, aircraft and satellite contracts — agreed to lend his name to the project in order to support the cover story that the ship was mining manganese nodules from the ocean floor, but Hughes and his companies had no actual involvement in the project. The K-129 was photographed at a depth of over 16,000 feet (4,900 m), and thus the salvage operation would be well beyond the depth of any ship salvage operation ever before attempted. On November 1, 1972, work began on the 63,000-short-ton (57,000 t), 619-foot-long (189 m) Hughes Glomar Explorer (HGE).