You can watch it in segments here:

If there is a lesson in history, this is a good one. The there ought to be a law crusaders know little about the laws of the universe and tend to favor laws that are in resistance to them. That's why they don't work. First and foremost there is the Law of Supply and Demand. Everything in existence has a supply and a demand curve by virtue of their existence ergo nothing can be banned because it exists. The only thing laws can do is move the price up or down. Banning raises the price and encourages more supply to meet the demand. One of the other less formal laws is the Law of Unintended Consequences. Part of that may arise from Newtonian physics. For every action there is an equal and opposite reaction. We are seldom taught about these things in law or human relations.

The road to hell is paved with good intentions. Prohibition did nothing to stop drinking. It went underground. It did start a massive popular organized crime monster that still exists today. Observe the use of PROPAGANDA to teach you to hate things. The same strategies are used in gun control and loss of liberty through 'terrorists'. The CONSPIRACY might be this was a monster to grease the wheels for INCOME TAX because liquor taxes paid the way and were not enough to allow federal government expansion. They created a crisis drinking, and you begged for big government as a solution. It's that easy. So don't speakeasy. Shout from the rooftops. Prohibition is a 2011 documentary film for television directed by Ken Burns and Lynn Novick with narration by Peter Coyote. The series originally aired between October 2, 2011 and October 4, 2011. It draws heavily from the 2010 book Last Call: The Rise and Fall of Prohibition by Daniel Okrent.

Prohibition describes how the consumption and effect of alcoholic beverages in the United States were connected to many different cultural forces including immigration, women's suffrage, and the income tax. Eventually the Temperance movement led to the passing of Prohibition, the Eighteenth Amendment to the U.S. Constitution. Widespread defiance of the law, uneven and unpopular enforcement, and violent crime associated with the illegal trade in alcohol caused increasing dissatisfaction with the amendment, eventually leading to its repeal thirteen years later.

"A Nation of Drunkards" (1 hr 34 min) describes how immigration, alcoholism, women's suffrage and the temperance movements led up to the passing of the 18th Amendment, Prohibition.

"A Nation of Scofflaws" addresses how the enforcement of Prohibition was inconsistent and caused unintended consequences, including making criminals of a large portion of the population.

"A Nation of Hypocrites" follows the gradual swing towards repeal of Prohibition as the Great Depression focuses attention on other priorities. 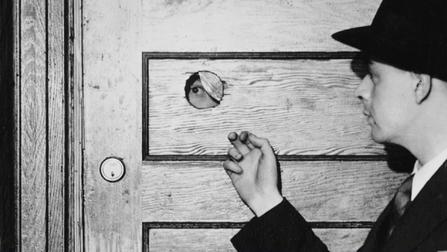 Prohibition in the United States was a nationwide constitutional ban on the sale, production, importation, and transportation of alcoholic beverages that remained in place from 1920 to 1933. It was promoted by "dry" crusaders movement, led by rural Protestants and social Progressives in the Democratic and Republican parties, and was coordinated by the Anti-Saloon League, and the Woman's Christian Temperance Union. Prohibition was mandated under the Eighteenth Amendment to the U.S. Constitution. Enabling legislation, known as the Volstead Act, set down the rules for enforcing the ban and defined the types of alcoholic beverages that were prohibited. For example, religious uses of wine were allowed. Private ownership and consumption of alcohol was not made illegal under federal law; however, in many areas local laws were more strict, with some states banning possession outright. Nationwide Prohibition ended with the ratification of the Twenty-first Amendment, which repealed the Eighteenth Amendment, on December 5, 1933.

The U.S. Senate proposed the Eighteenth Amendment on December 18, 1917. Upon being approved by a 36th state on January 16, 1919, the amendment was ratified as a part of the Constitution. By the terms of the amendment, the country went dry one year later, on Jan. 17, 1920. On November 18, 1918, prior to ratification of the Eighteenth Amendment, the U.S. Congress passed the temporary Wartime Prohibition Act, which banned the sale of alcoholic beverages having an alcohol content of greater than 2.75 percent. (This act, which was intended to save grain for the war effort, was passed after the armistice ending World War I was signed on November 11, 1918.) The Wartime Prohibition Act took effect June 30, 1919, with July 1, 1919, becoming known as the "Thirsty-First".

On October 28, 1919, Congress passed the Volstead Act, the popular name for the National Prohibition Act, over President Woodrow Wilson's veto. The act established the legal definition of intoxicating liquors as well as penalties for producing them. Although the Volstead Act prohibited the sale of alcohol, the federal government lacked resources to enforce it. By 1925, in New York City alone, there were anywhere from 30,000 to 100,000 speakeasy clubs.