CONSPIRACY NIGHT AT THE MOVIES: Flight of the Eagle 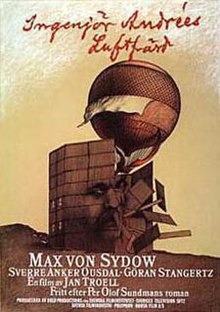 Flight of the Eagle (Swedish: Ingenjör Andrées luftfärd) is a Swedish biographical drama film which was released to cinemas in Sweden on 26 August 1982, directed by Jan Troell, based on Per Olof Sundman's 1967 novelization of the true story of S. A. Andrée's Arctic balloon expedition of 1897, an ill-fated effort to reach the North Pole in which all three expedition members perished. The film stars Max von Sydow as S.A. Andrée, Sverre Anker Ousdal as Knut Frænkel and Göran Stangertz as Nils Strindberg. Dutch-Swedish songwriter Cornelis Vreeswijk plays the role of the journalist Lundström. 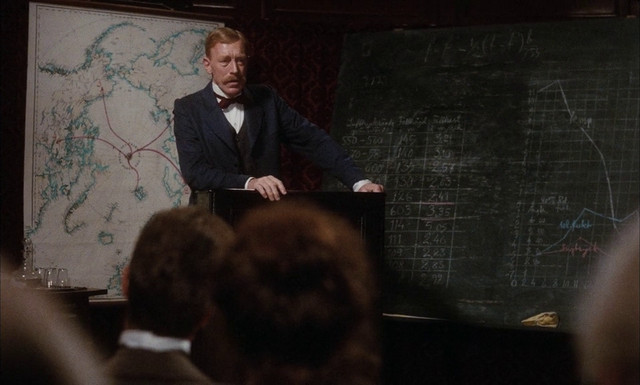 The film was nominated for the Academy Award for Best Foreign Language Film at the 55th Academy Awards. Many sequences from the film were used in the 1997 documentary A Frozen Dream (En frusen dröm), also directed by Troell. 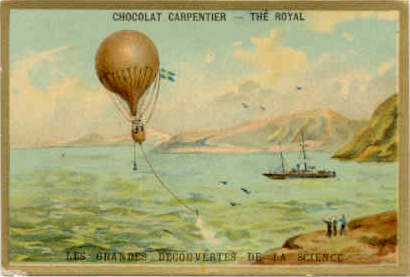 Andrée's Arctic balloon expedition of 1897 was an effort to reach the North Pole in which all three Swedish expedition members – S. A. Andrée, Knut Frænkel, and Nils Strindberg – perished. Andrée, the first Swedish balloonist, proposed a voyage by hydrogen balloon from Svalbard to either Russia or Canada, which was to pass, with luck, straight over the North Pole on the way. The scheme was received with patriotic enthusiasm in Sweden, a northern nation that had fallen behind in the race for the North Pole.

Andrée ignored many early signs of the dangers associated with his balloon plan. Being able to steer the balloon to some extent was essential for a safe journey. But there was much evidence that the drag-rope steering technique he had invented was ineffective. Yet Andrée staked the fate of the expedition on drag ropes. Worse, the polar balloon Örnen (Eagle) was delivered directly to Svalbard from its manufacturer in Paris without being tested. When measurements showed it to be leaking more than expected, Andrée refused to acknowledge the alarming implications. Most modern students of the expedition see Andrée's optimism, faith in the power of technology, and disregard for the forces of nature as the main factors in the series of events that led to his death and those of Strindberg and Frænkel. 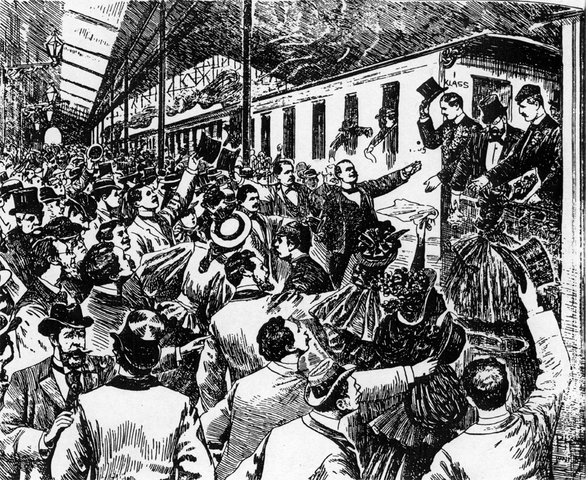 After Andrée, Strindberg, and Frænkel lifted off from Svalbard in July 1897, the balloon lost hydrogen quickly and crashed on the pack ice after only two days. The explorers were unhurt but faced a grueling trek back south across the drifting icescape. Inadequately clothed, equipped, and prepared, and shocked by the difficulty of the terrain, they did not make it to safety. As the Arctic winter closed in on them in October, the group ended up exhausted on the deserted Kvitøya (White Island) in Svalbard and died there. For 33 years the fate of the expedition remained one of the unsolved riddles of the Arctic. The chance discovery in 1930 of the expedition's last camp created a media sensation in Sweden, where the dead men had been mourned and idolized.

Andrée's motives have since been re-evaluated, along with assessing the role of the polar areas as the proving-ground of masculinity and patriotism. An early example is Per Olof Sundman's fictionalized bestseller novel of 1967, The Flight of the Eagle, which portrays Andrée as weak and cynical, at the mercy of his sponsors and the media. The verdict on Andrée by modern writers for virtually sacrificing the lives of his two younger companions varies in harshness, depending on whether he is seen as the manipulator or the victim of Swedish nationalist fervor around the turn of the 20th century.

In the attempt of 1896, the wind immediately refuted Andrée's optimism by blowing steadily from the north, straight at the balloon hangar at Danes Island, Svalbard, until the expedition had to pack up, let the hydrogen out of the balloon, and go home. It is now known that northerly winds are to be expected at Danes Island; but in the late-19th century, information on Arctic airflow and precipitation existed only as contested academic hypotheses. Even Ekholm, an Arctic climate researcher, had no objection to Andrée's theory of where the wind was likely to take them. The observational data simply did not exist.

On the other hand, Ekholm was skeptical of the balloon's ability to retain hydrogen, from his own measurements. His buoyancy checks in the summer of 1896, during the process of producing the hydrogen and pumping it into the balloon, convinced him that the balloon leaked too much to ever reach the Pole, let alone go on to Russia or Canada. The worst leakage came from the approximately eight million tiny stitching holes along the seams, which no amount of glued-on strips of silk or applications of special secret-formula varnish seemed to seal.

The balloon was losing 68 kilograms (150 lb) of lift force per day. Taking into account its heavy load, Ekholm estimated that it would be able to stay airborne for 17 days at most, not 30. When it was time to go home, he warned Andrée that he would not take part in the next attempt, scheduled for summer 1897, unless a stronger, better-sealed balloon was bought. Andrée resisted Ekholm's criticisms to the point of deception. On the boat back from Svalbard, Ekholm learned from the chief engineer of the hydrogen plant the explanation of some anomalies he had noticed in his measurements: Andrée had from time to time secretly ordered extra topping-up of the hydrogen in the balloon. Andrée's motives for such self-destructive behavior are not known.

There is a crisis today where facts are being manipulated. We will be facing a grander denouement. The need to be right is a terrible plight and the height of folly.