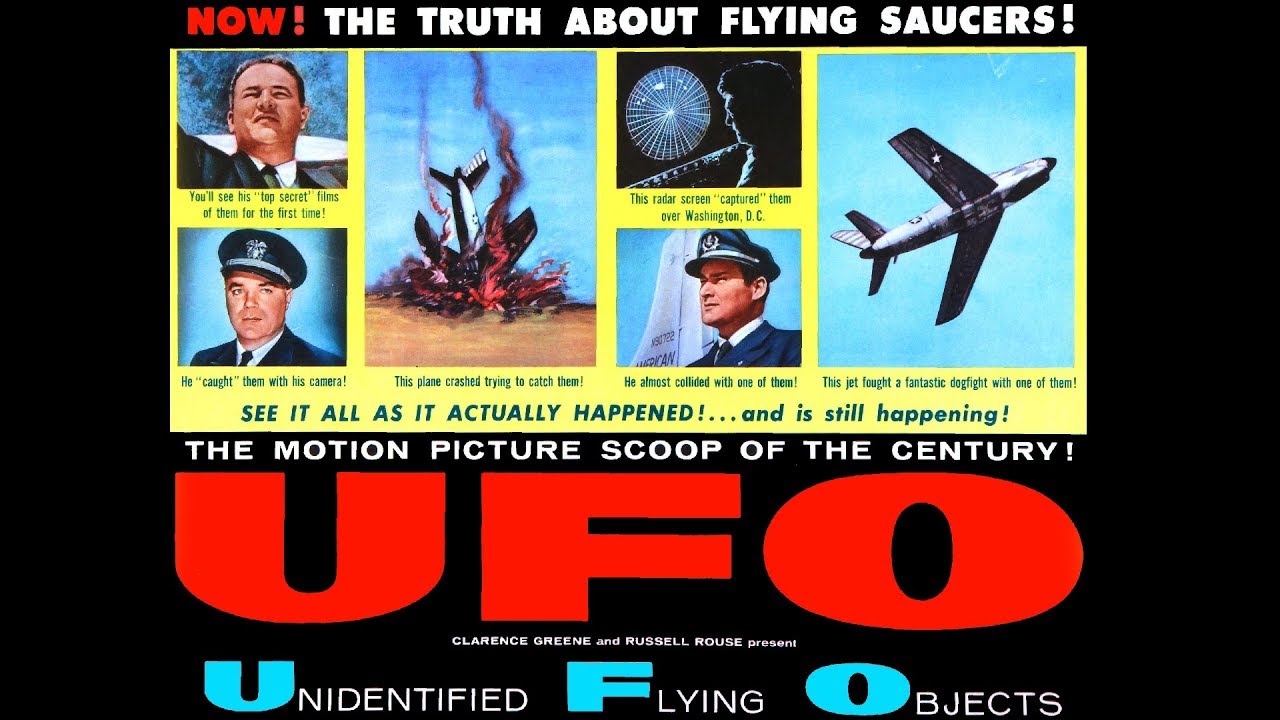 UFO (full title: Unidentified Flying Objects: The True Story of Flying Saucers) is a 1956 semi-documentary about the development of the UFO phenomenon in the United States. Clips from the documentary have often been used in other UFO documentaries and television episodes related to UFOs.

In 1952 Hollywood producer Clarence Greene saw an unusual object twisting in the sky. He decided to report the sighting, and contacted US Air Force public information officer Albert M. Chop, who was in charge of answering UFO questions from reporters and the public. Intrigued by his experience, Greene decided to film a documentary movie about the UFO phenomenon. When Chop told Greene about the existence of film footage of UFOs, Greene obtained the footage for analysis and display in his documentary. 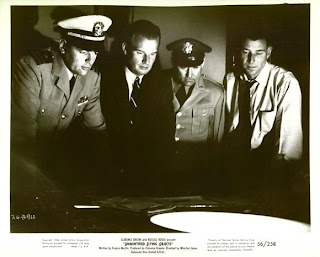 The documentary starts in 1947, with the first widely publicized UFO sightings in the United States, including recreations of the Kenneth Arnold UFO sighting, the Mantell UFO incident, and the Gorman Dogfight. It then traces the development of UFOs as both a popular fad and a serious concern for the US Air Force. The history of Project Sign, the first Air Force study of the UFO phenomenon, is discussed. The documentary then focuses upon Albert M. Chop and his growing involvement with UFOs. Chop is assigned as the public information officer at Wright-Patterson Air Force Base in Dayton, Ohio, in the late 1940s. In that position he is required to answer numerous news media queries about UFO sightings and what the Air Force knows about them. Although he is initially portrayed as a UFO debunker, Chop gradually changes his views as the movie progresses, and he comes to believe that UFOs are unknown, and possibly extraterrestrial, aircraft. By 1952 Chop has moved to Washington, D.C., where he is the press spokesman for Project Blue Book. The documentary analyzes two famous pieces of UFO footage: the Mariana UFO Incident of 1950, in which the manager of the Great Falls, Montana minor-league baseball team claimed to have filmed two UFOs flying over the local baseball stadium, and the 1952 UFO film taken near the Great Salt Lake in Utah by a US Navy photographer, Delbert Newhouse. The documentary concludes with the famous 1952 Washington, D.C. UFO incident, in which Albert Chop played a central role. The documentary recreates Chop's experiences during the incident, and at the end of the documentary Chop states his belief that UFOs are a "real", physical phenomenon of unknown origin. 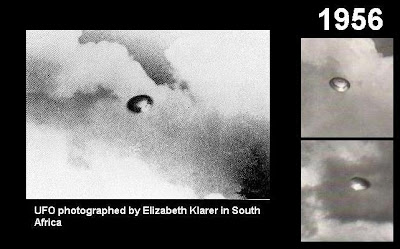 General John A. Samford ... Himself 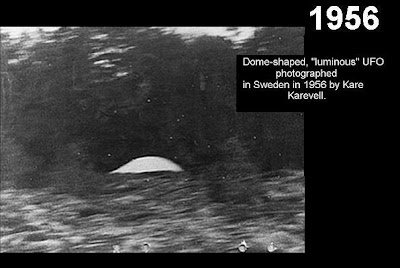 SECRET BACKGROUND DETAILS AND HISTORY OF THE US AIR FORCE

ARTICLE OF 1952: USAF CONSIDERS SHOOTING DOWN A UFO WITH A MISSILE

TWO extraordinary documents found in the US Air Force Directorate of Public Relations archives belie the contention that government officials always considered the UFO problem as nothing more than a nonsense issue which only required minimal effort and public assurance that everything was under control. Recounted within these documents are the briefings of a researcher for LIFE Magazine — one of the most powerful media outlets at the time — wherein an Air Force general officer discloses that the USAF considered trying to shoot down a UFO with a missile.