CONSPIRACY NIGHT AT THE MOVIES: The Human Duplicator

The Human Duplicators is an independent American color science fiction film released in 1965 by Woolner Brothers Pictures Inc. It was produced and directed by Hugo Grimaldi and Arthur C. Pierce (without a credit for Pierce as director). The film stars George Nader, Barbara Nichols, George Macready and Dolores Faith. The narrative follows a very tall space alien (Richard Kiel) who has come to earth at the command of the "Intergalactic Council" to replace select humans with "android doppelgängers." The goal of human duplication is to take over the earth, but the plan fails when the androids are destroyed by an investigator from the US National Intelligence Agency. The Human Duplicators was shown in the US on a double feature with Mutiny in Outer Space.

Aboard a spacecraft heading toward earth, the head of the "Intergalactic Council" (Ted Durant) briefs Dr. Kolos (Richard Kiel), a gigantic humanoid alien, on his part to "expand our galaxy domination program." If Kolos succeeds, human duplicates - androids - will begin taking over. If he fails, he will be destroyed.

After arriving via "teletransporter" at the mansion of Dr. Vaughan Dornheimer (George Macready), Kolos encounters Dornheimer's blind niece, Lisa (Dolores Faith). Not realizing that he's an extraterrestrial, she take Kolos to Dornheimer's laboratory. Kolos tells Dornheimer that together they will develop the sophisticated androids that Dornheimer is unable to create on his own. Dornheimer refuses, but Kolos makes it clear that he is now "the master" and that he will be obeyed. 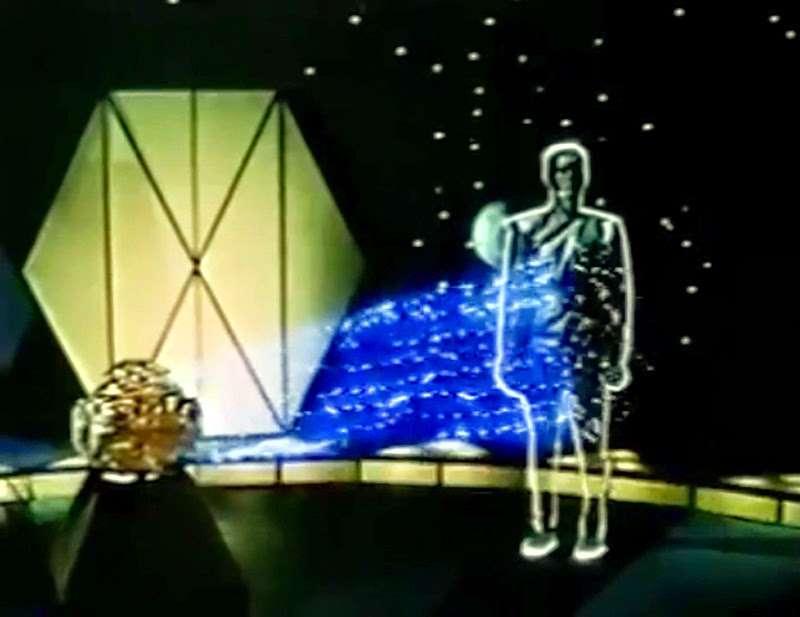 The police, meanwhile, are stymied by multiple thefts from high-security electronics facilities, apparently perpetrated by the "top scientists" who work at them. Most baffling of all is Dr. Munson (Walter Abel). After being admitted to his facility, he tears a security door off it hinges with his bare hands and kills a guard. He then ignores shouted warnings to halt by a second guard, who shoots him four times in the back. Munson neither flinches nor bleeds, just gets into his car and calmly drives off as if nothing unusual has happened. He's an android, although the police don't know it.

Glenn Martin (George Nader) of the National Intelligence Agency (NIA) takes over the case. Glenn fails to find out anything by posing as a reporter, although he meets Lisa. He later sneaks into Dornheimer's lab and witnesses human duplication. Lisa tells him that Dornheimer has been replaced by an android. As she leaves, Glenn is attacked by an android version of Dornheimer's servant Thor (John Indrisano). In the ensuing fight, Glenn smashes android Thor's fragile head, destroying him. Kolos hauls Glenn off to be duplicated. 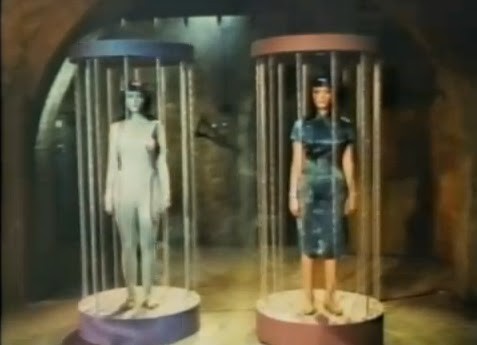 After duplication, android Glenn returns to NIA headquarters, where Gale Wilson (Barbara Nichols), Glenn's girlfriend and fellow agent, notices his oddly cold behavior. She wonders if Glenn is an android and decides to tail him.

Android Glenn goes to a facility to steal additional electronics. He is interrupted by Gale, then gets into a gunfight with the police, during which his arm is trapped in a sliding door. When the police yank the door open, expecting to arrest the real Glenn, all they find is android Glenn's arm. He has torn it off and escaped.

The real Glenn is locked in a cell with the real Dornheimer. Lisa brings Glenn his "lucky coin," which contains a wire that he can use to cut through the cell's bars. She is then dragged away by two android lab assistants. As he saws the bars, the real Dornheimer tells him that he can destroy the androids by zapping their heads with the lab's "pulse laser beam."

Android Dornheimer unexpectedly proclaims himself head of the android "master race" and has Kolos chained to a wall by the half-dozen android Thors it takes to overpower him, then begins the process of duplicating Lisa. But suddenly android Glenn returns, interrupting the duplication. Still loyal to Kolos, android Glenn refuses to accept android Dornheimer as master. They fight, destroying each other. The real Glenn zaps the remaining androids as Kolos breaks free of his chains. 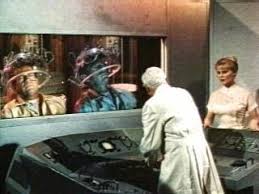 After the androids have been destroyed, Kolos gently places the unconscious Lisa on a sofa. Her eyelids flutter open. She puts a hand to the corner of one eye and smiles. Has Kolos somehow restored her vision?

Kolos says that his mission has failed and, sadly, he has learned that he too is an android. He teletransports back aboard the spaceship, presumably to meet his doom at the hands of the Intergalactic Council.