CONSPIRACY NIGHT AT THE MOVIES: East of Sudan

An interesting case for film study. The religious conflicts have existed for many centuries. This is more a light hearted affair. However, learn from the many mistakes made by the cast. In real life they would be fatal. Temperment may serve you well in parental rebellion. It gets you killed in a situation of escape and evasion. You do not give away your position with foolish acts. You don't waste your ammunition foolishly. You don't expose yourself to unnecessary risks. 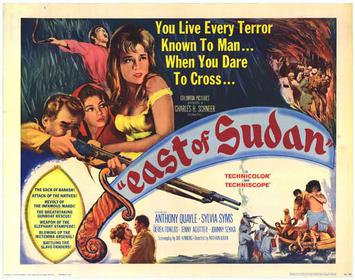 In late 1884, during the height of the Mahdist insurrection in the Anglo-Egyptian Sudan, the Mahdist forces attack Barash, a British outpost 200 miles upriver from Khartoum. Four people escape from the attack in a riverboat: Private Richard Baker, a soldier in the British army; Murchison, an inexperienced subaltern in the army; Asua, the daughter of the local Emir; and Asua's British governess, Margret Woodville. 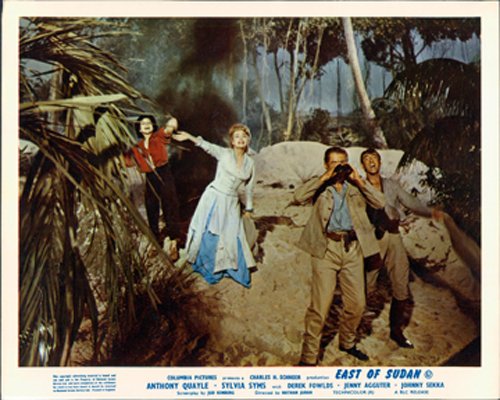 Over the course of the journey, the group find themselves in perilous dangers on the Nile and its banks. Facing off against nature, Arab slavers and a beleaguered Negro tribe the slavers prey on, they are saved by King Gondoko's missionary-raised brother Kimrasi, who then joins them.

Soldiers Murchison and Baker frequently clash, while Baker and Margaret fall in love.

Once in Khartoum, they find the revolt has reached it and the men join the fight...

Good for a rainy day.