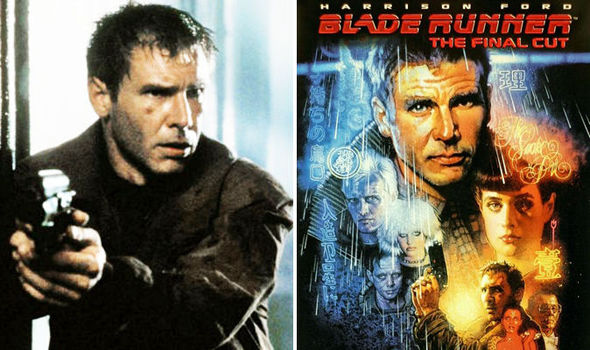 The film depicts a dystopian Los Angeles in November 2019, in which genetically engineered replicants, which are visually indistinguishable from adult humans, are manufactured by the powerful Tyrell Corporation as well as by other "mega-corporations" around the world. The use of replicants on Earth is banned and they are exclusively utilized for dangerous or menial work on off-world colonies. Replicants who defy the ban and return to Earth are hunted down and killed ("retired") by special police operatives known as "Blade Runners". The plot focuses on a desperate group of recently escaped replicants hiding in Los Angeles and the burnt-out expert Blade Runner, Rick Deckard (Harrison Ford), who reluctantly agrees to take on one more assignment to hunt them down.

Blade Runner initially polarized critics: some were displeased with the pacing, while others enjoyed its thematic complexity. The film performed poorly in North American theaters but has since become a cult film.[3] It has been hailed for its production design, depicting a "retrofitted" future,[4] and remains a leading example of the neo-noir genre.[5] It brought the work of Philip K. Dick to the attention of Hollywood and several later films were based on his work.[6] Ridley Scott regards Blade Runner as "probably" his most complete and personal film.[7][8] In 1993, the film was selected for preservation in the United States National Film Registry by the Library of Congress as being "culturally, historically, or aesthetically significant". Blade Runner is now regarded by many critics as one of the best science fiction films ever made.

In Los Angeles, November 2019, retired police officer Rick Deckard (Harrison Ford) is detained by officer Gaff (Edward James Olmos) and brought to his former supervisor, Bryant (M. Emmet Walsh). Deckard, whose job as a "Blade Runner" was to track down bioengineered beings known as replicants and destroy them, is informed that four have come to Earth illegally. As Tyrell Corporation Nexus-6 models, they have only a four-year lifespan and may have come to Earth to try to extend their lives.

Deckard begins his investigation at the Tyrell Corporation to ensure that the test works on Nexus-6 models. While there, he discovers that Dr. Eldon Tyrell's (Joe Turkel) assistant Rachael (Sean Young) is an experimental replicant who believes herself to be human. Rachael has been given false memories to provide an "emotional cushion". As a result, a more extensive test is required to determine whether she is a replicant.

Events are then set into motion that pit Deckard's search for the replicants against their search for Tyrell to force him to extend their lives. Roy and Leon investigate a replicant eye-manufacturing laboratory and learn of J.F. Sebastian (William Sanderson), a gifted designer who works closely with Tyrell. Rachael visits Deckard at his apartment to prove her humanity by showing him a family photo, but after Deckard reveals that her memories are only implants taken from a real person, she leaves his apartment in tears. Meanwhile, Pris locates Sebastian and manipulates him to gain his trust.

While searching Leon's hotel room, Deckard finds a photo of Zhora and a synthetic snake scale that leads him to a strip club where Zhora works. Deckard kills Zhora and shortly after is told by Bryant to also kill Rachael, who has absconded from the Tyrell Corporation. Deckard spots Rachael in a crowd but is attacked by Leon. Rachael kills Leon using Deckard's gun, and the two return to Deckard's apartment, where he promises not to hunt her. Later they share an intimate moment; Rachael abruptly tries to leave, but Deckard physically restrains her and forces Rachael to kiss him.

Arriving at Sebastian's apartment, Roy tells Pris the others are dead. Sympathetic to their plight, Sebastian reveals that because of "Methuselah Syndrome", a genetic premature aging disorder, his life will also be cut short. Sebastian and Roy gain entrance into Tyrell's secure penthouse, where Roy demands more life from his maker. Tyrell tells him that it is impossible. Roy confesses that he has done "questionable things" which Tyrell dismisses, praising Roy's advanced design and accomplishments in his short life. Roy kisses Tyrell, then kills him. Sebastian runs for the elevator followed by Roy, who then rides the elevator down alone. Upon entering Sebastian's apartment, Deckard is ambushed by Pris, but manages to kill her just as Roy returns. As Roy's body begins to shut down, he chases Deckard through the building and ends up on the roof. Deckard tries to jump to another roof, but misses and is left hanging precariously between the buildings. Roy makes the jump with ease, and as Deckard's grip loosens, Roy hoists him onto the roof, saving him. As his life runs out, Roy delivers a monologue about how his memories are about to be lost; Roy dies in front of Deckard, who watches silently. Gaff arrives and shouts to Deckard, "It's too bad she won't live, but then again, who does?" Deckard returns to his apartment to find Rachael sleeping in his bed. As they leave, Deckard finds a small tin-foil origami unicorn, a calling card left by Gaff. Depending on the version, Deckard and Rachael either leave the apartment block to an uncertain future, or drive through an idyllic pastoral landscape.