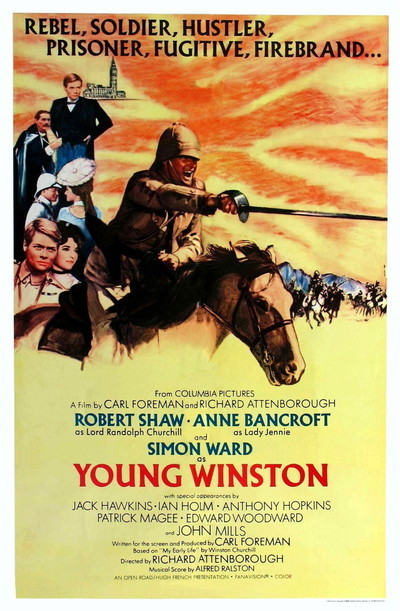 Young Winston is a 1972 British film based on the early years of British Prime Minister Winston Churchill.

The film was based on the book My Early Life: A Roving Commission by Winston Churchill. The first part of the film covers Churchill's unhappy schooldays, up to the death of his father. The second half covers his service as a cavalry officer in India and the Sudan, during which he takes part in the cavalry charge at Omdurman, his experiences as a war correspondent in the Second Boer War, during which he is captured and escapes, and his election to Parliament at the age of 26.

Churchill was played by Simon Ward, who was relatively unknown at the time but was supported by a distinguished cast including Robert Shaw (as Lord Randolph Churchill), John Mills (as Lord Kitchener), Anthony Hopkins (as David Lloyd George) and Anne Bancroft as Churchill's mother Jennie. Other actors included Patrick Magee, Robert Hardy, Ian Holm, Edward Woodward and Jack Hawkins.