Ronald Reagan's Remarks "The Myth of the Great Society" 1966 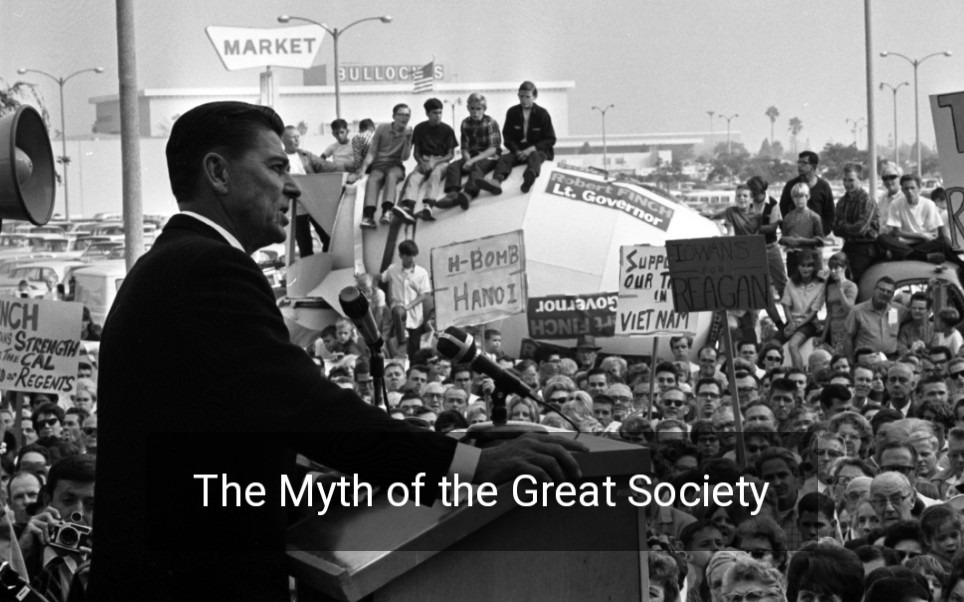 In 1867, Lysander Spooner published the first part of No Treason, an all‐​out assault on the claim that the authority of the United States government rested on consent and that the southern states therefore committed “treason” when they seceded from the Union. Spooner wrote:

The American Revolution upheld this principle of individual consent as a universal right, according to Spooner. The “whole Revolution turned upon, asserted, and, in theory, established the right of each and every man, at his discretion, to release himself from the support of the government under which he and lived.” Spooner proceeded, in part two of No Treason, to maintain that the “whole authority of the Constitution” was of “no validity” unless it also was based on the individual consent of those who explicitly agreed to submit to the government it established. But this was not the case. The Constitution “was a usurpation and a lie” in this sense. “The most that can be inferred from the form, ‘We, the people,’ is, that the instrument offered membership to all ‘the people of the United States’; leaving it for them to accept or refuse it, at their pleasure.”