The Death Of Kings - Episode 3 | Plantagenets

Demise of the main line 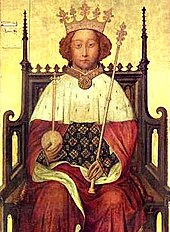 The Black Prince's ten-year-old son succeeded as Richard II of England on the death of his grandfather, nominally exercising all the powers of kingship supported by various councils. His government levied poll taxes to finance military campaigns and combined with the poor state of the economy resulted in the Peasants' Revolt in 1381, followed by brutal reprisals against the rebels. 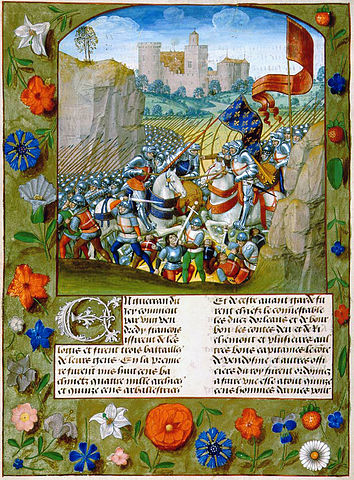 Parchment miniature of Henry V's victory at the Battle of Agincourt in 1415, from Enguerrand de Monstrelet's Chronique de France circa 1495

The king's uncle Thomas of Woodstock, 1st Duke of Gloucester, Richard FitzAlan, 11th Earl of Arundel, and Thomas de Beauchamp, 12th Earl of Warwick, became known as the Lords Appellant when they sought to impeach five of the king's favourites and restrain what was increasingly seen as tyrannical and capricious rule. Later they were joined by Henry Bolingbroke, the son and heir of John of Gaunt, and Thomas de Mowbray, 1st Duke of Norfolk. Initially, they were successful in establishing a commission to govern England for one year, but they were forced to rebel against Richard, defeating an army under Robert de Vere, Earl of Oxford, at the skirmish of Radcot Bridge. 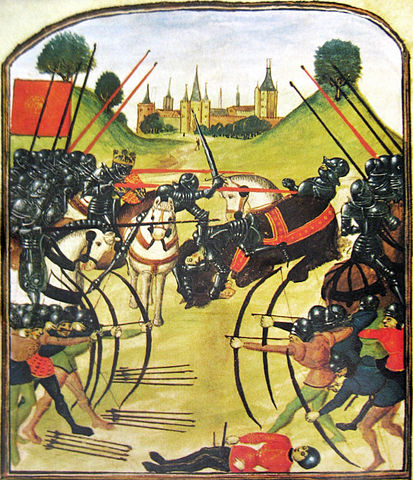 The Battle of Tewkesbury, as illustrated in the Ghent manuscript

Richard was reduced to a figurehead with little power. As a result of the Merciless Parliament, de Vere and Michael de la Pole, 1st Earl of Suffolk, who had fled abroad, were sentenced to death in their absence. Alexander Neville, Archbishop of York, had all his possessions confiscated. Several of Richard's council were executed. On John of Gaunt's return from Spain, Richard was able to re-establish his power, having Gloucester murdered in captivity in Calais. Warwick was stripped of his title. Bolingbroke and Mowbray were exiled.

When John of Gaunt died in 1399, Richard disinherited John's son, Henry, who invaded England in response with a small force that quickly grew in numbers. Meeting little resistance, Henry deposed Richard to have himself crowned Henry IV of England. Richard died in captivity early the next year, probably murdered, bringing an end to the main Plantagenet line. None of Henry's heirs were free from challenge on the grounds of not being the true heir of Richard II and that the Lancastrian dynasty had gained the throne by an act of usurpation.