In this video we'll look at three of the most popular double action revolvers on the western frontier; the Colt 1877, the Colt model 1878 and the Smith & Wesson Frontier Double Action Revolver. 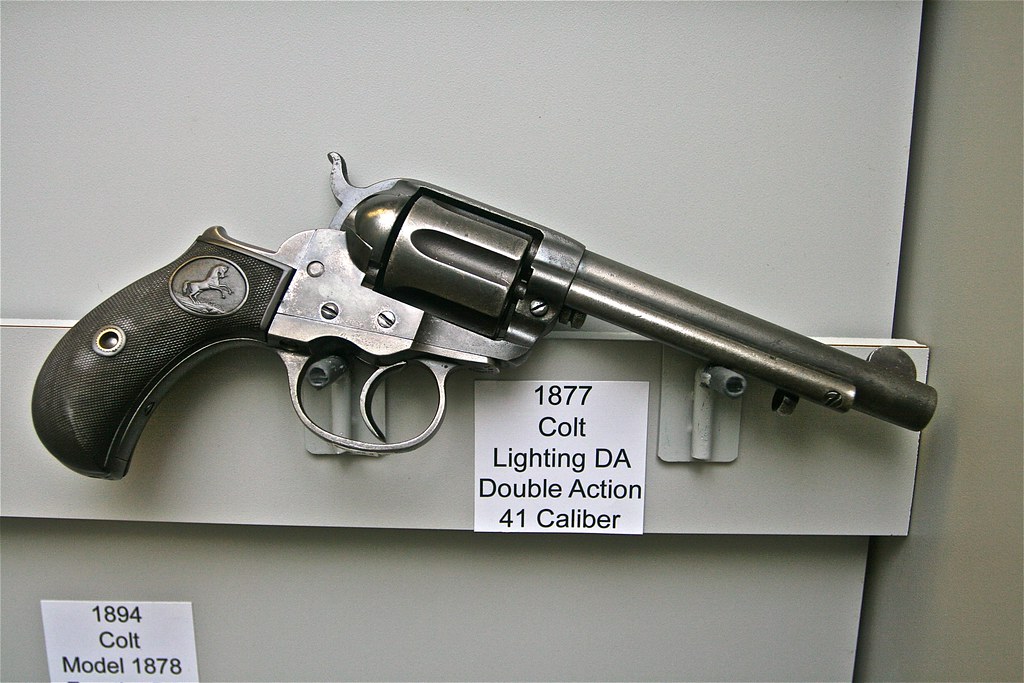 The Colt M1877 was a double-action revolver manufactured by Colt's Patent Fire Arms from January 1877 to 1909 for a total of 166,849 revolvers. The Model 1877 was offered in three calibers, which lent them three unofficial names: the "Lightning", the "Thunderer", and the "Rainmaker". The principal difference between the models was the cartridge in which they were chambered: the "Lightning" being chambered in .38 Long Colt; the "Thunderer" in .41 Colt. Both models had a six-round ammunition capacity. An earlier model in .32 Colt known as the "Rainmaker" was offered in 1877. 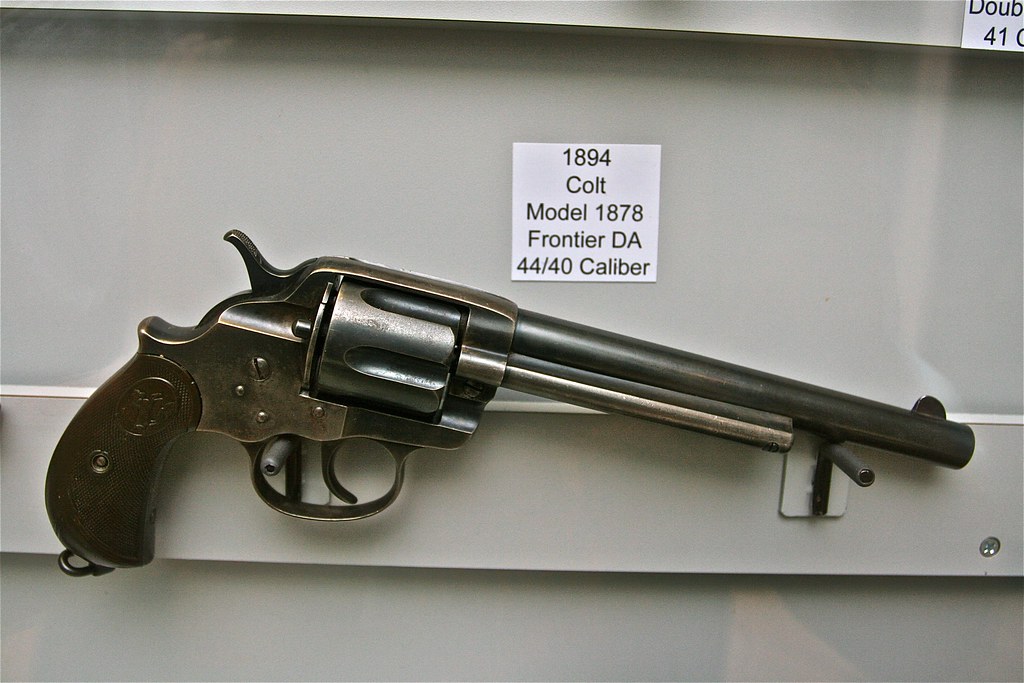 The Colt M1878 is a double-action revolver that was manufactured by Colt's Manufacturing Company from 1878 to 1907. It is often referred to as the "Frontier" or the "Double Action Army" revolver. A total of 51,210 Model 1878 revolvers were manufactured from 1878 to 1907, including 4,600 for the US Ordnance Department. These are known as the "Philippine" or "Alaskan" models.

Smith & Wesson’s .44 Double Action First Model revolver seems to be one of that company’s more neglected designs. It tends to be overlooked as it came between the vaunted No. 3 SA and various Hand Ejector Models. The primary chambering was .44 Russian, of which 53,590 were made between 1881 and 1913. Some 15,340 “Frontier” models were also produced, as was a .38-40 Win. Those guns were numbered in individual ranges and are basically considered separate models. All frames were made prior to 1899. Some rare chamberings, such as .38 S&W, .38 Colt and .38-44 Gallery, may be encountered, but they are extremely rare. The First Models continued to be listed in catalogs for a number of years after their production ceased to clear out old stock.

NEVER HAVE A LOADED ROUND UNDER THE HAMMER. There is no hammer safety.