ELECTIONS ARE ILLUSIONS ON CONSPIRACY CAFE

They're all in your mind. Sanders supporters learn the game is rigged. They walk out in protest. Bernie leaves the party. The main issue was the TPP. The Clinton love in goes into high gear, but it's all an illusion to usurp power. Did the Russians leak the party E-Mails burying Bernie? I hope so. The Trump Effect. The United States is a corporation. Obama's Muslim heritage. America's decline has been real. Almost 20 trillion in the debt hole. Both parties desire return to Glass Steagall Act. Housing bubble deflates in London. The number one election issue the coming world war. Is Hillary Clinton the Queen of the South? Is Elizabeth May the understudy?

The Ethiopian version involves the Ark of the Covenant.

The Turkish coup building the Caliphate of the Anti-Christ. Turkey claims ships accounted for. Air Chief arrested, tortured. The threat of a rogue ship. The nuclear option. Combat air patrol over Turkey. Claim Russian intelligence warned Erdogan. Russian special forces rescued him. Journalists' arrests. The roundup begins and intensifies. The purge. Wikileaks hit over Turkish cables. Turk in charge of ISIS campaign murdered. Erdogan desires to be the Sultan perhaps of the world. The financial risks. 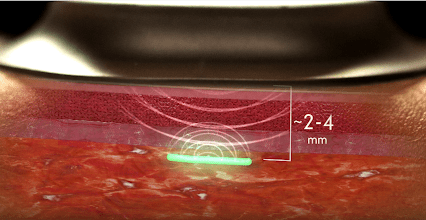 Miami police gun down therapist. China seizes internet. Russia follows. The new improved mark of the beast from Profusa. It's for your health. Exercise Precise Response it's NBC. Windows 10 monthly fee. Singapore's money laundering. Around the world in 11 days. The flat earth journey? Was Fossett murdered over the knowledge?

James the Brother of Jesus

Was James - rather than Peter - the true Spiritual heir to Jesus? In this profound and provocative work of scholarly detection, eminent biblical scholar Robert Eisenman introduces a startling theory about the identity of James - the brother of Jesus, who was almost entirely marginalized in the New Testament. Drawing on suppressed early Church texts and the revelations in the Dead Sea Scrolls, Eisenman propounds in this groundbreaking exploration that James, not Peter, was the real successor to the movement we now call Christianity. In an argument with enormous implications, Eisenmann identifies Paul as deeply compromised by Roman contacts. James is presented as not simply a leader of Christianity of his day, but the popular Jewish leader of his time, whose death triggered the Uprising against Rome - a fact that creative rewriting of early Church documents has obscured.