DEAD END ON CONSPIRACY CAFE from George Freund on Vimeo. 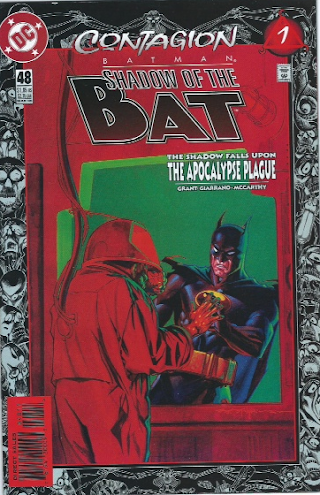 Synopsis for "Contagion, Part One: The Apocalypse Plague"

Azrael sends Batman a video showing the horrible effects of a highly contagious virus developed by the Order of St. Dumas and told Batman that the plague was headed to Gotham City. Batman decided to get some information from the United States Army and he let Robin the task of tracking the man that is carrying the virus in his body.

Batman told the new police commissioner Andrew Howe about the virus but he wouldn't listen. Batman then forced his way into an Army's secret installation to learn about the virus and if there was a possible cure. He find the head investigator in an isolated room. The man had acquired the virus and was dying without any chance of survival. The general told Batman that the virus was a variant of the Ebola virus named Ebola Gulf-A. The general told Batman the symptoms and that the virus mutated too fast to develop a cure. The only hope was to find a survivor, someone who has been infected but have survived. After telling all what he knew, the general died because of the virus.

When Batman got himself out of the secret installation, Robin told him that he found the man carrying the disease. The man was called Daniel Maris; he was the only man arriving to Gotham from Africa in the last few hours and he was staying at Babylon Towers. Maris was carrying the virus unknowingly. He is an acolyte for the Order of St. Dumas and acted as chairman of the Babylon Towers apartments. His mission was to enclose himself and the other residents of Babylon Towers inside so the virus would eliminate the entire city of Gotham without affecting the people inside Babylon. What he didn't knew was that he was carrying the virus and by the time he exposed the plan to the Babylon residents all the people whose Maris has been in touch with was already infected by the virus; even the servants that were later sent outside Babylon to Gotham. Maris tried to seal off Babylon from the plague, but trapped everyone inside with it. As Batman was trying to figure out a plan, the virus was already spreading among the Gothamities and inside Babylon as well. 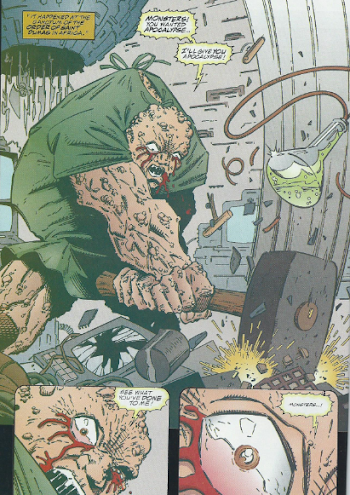 TWILIGHT LANGUAGE FROM THE SHOW 55:30

FM 55-30 Army Motor Transport Operations 1969-06-20 This manual is a reference for use in planning and executing military motor movements. It prescribed...