CONSPIRACY NIGHT AT THE MOVIES: Three Days of the Condor 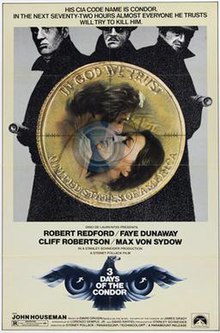 Three Days of the Condor is a 1975 U.S. political thriller film directed by Sydney Pollack and starring Robert Redford, Faye Dunaway, Cliff Robertson, and Max von Sydow. The screenplay by Lorenzo Semple Jr. and David Rayfiel was adapted from James Grady's novel Six Days of the Condor. Set mainly in New York City and Washington, D.C., the film is about a bookish CIA researcher who comes back from lunch and discovers all his co-workers dead, and must outwit those responsible until he figures out whom he can really trust. The film addresses the perceived moral ambiguity of the actions of elements within the United States government during the early 1970s. The film received an Academy Award nomination for Best Film Editing. Semple and Rayfiel received an Edgar Award from the Mystery Writers of America for Best Motion Picture Screenplay.

Joe Turner (Robert Redford) is a CIA employee (Condor is his code name) who works in a clandestine office in New York City. He reads books, newspapers, and magazines from around the world, looking for hidden meanings and new ideas. As part of his duties, Turner files a report to CIA headquarters on a low-quality thriller novel his office has been reading, pointing out strange plot elements therein, and the unusual assortment of languages into which the book has been translated.

On the day in which Turner expects a response to his report, a group of armed men, led by an Alsatian assassin later identified as Joubert (Max von Sydow), executes the six people in the office. Turner escapes death because at the moment of the incursion, he was out of the office getting lunch. Realizing he is in danger when he returns to the office and discovers his coworkers' bodies, Turner calls the CIA's New York headquarters, and is given instructions to meet some agents who will take care of him. The meeting, however, is a trap, and Turner escapes an attempt to kill him.

Needing a place to hide, Turner forces a woman, Kathy Hale (Faye Dunaway), whom he sees randomly in a ski shop, to take him to her apartment in Brooklyn Heights. He holds her prisoner while he attempts to figure out what's going on. However, his hiding place is discovered. A hitman, disguised as a postman with a parcel that must be signed for, shows up at the apartment. Turner opens the door and a fight ensues. Turner kills the hitman.

Realizing that he cannot trust anyone within the CIA, Turner begins to play a cat-and-mouse game with Higgins (Cliff Robertson), deputy director of the CIA's New York division. With the help of Hale, Turner abducts Higgins, who reveals through questioning that the killer was a Frenchman named Joubert. 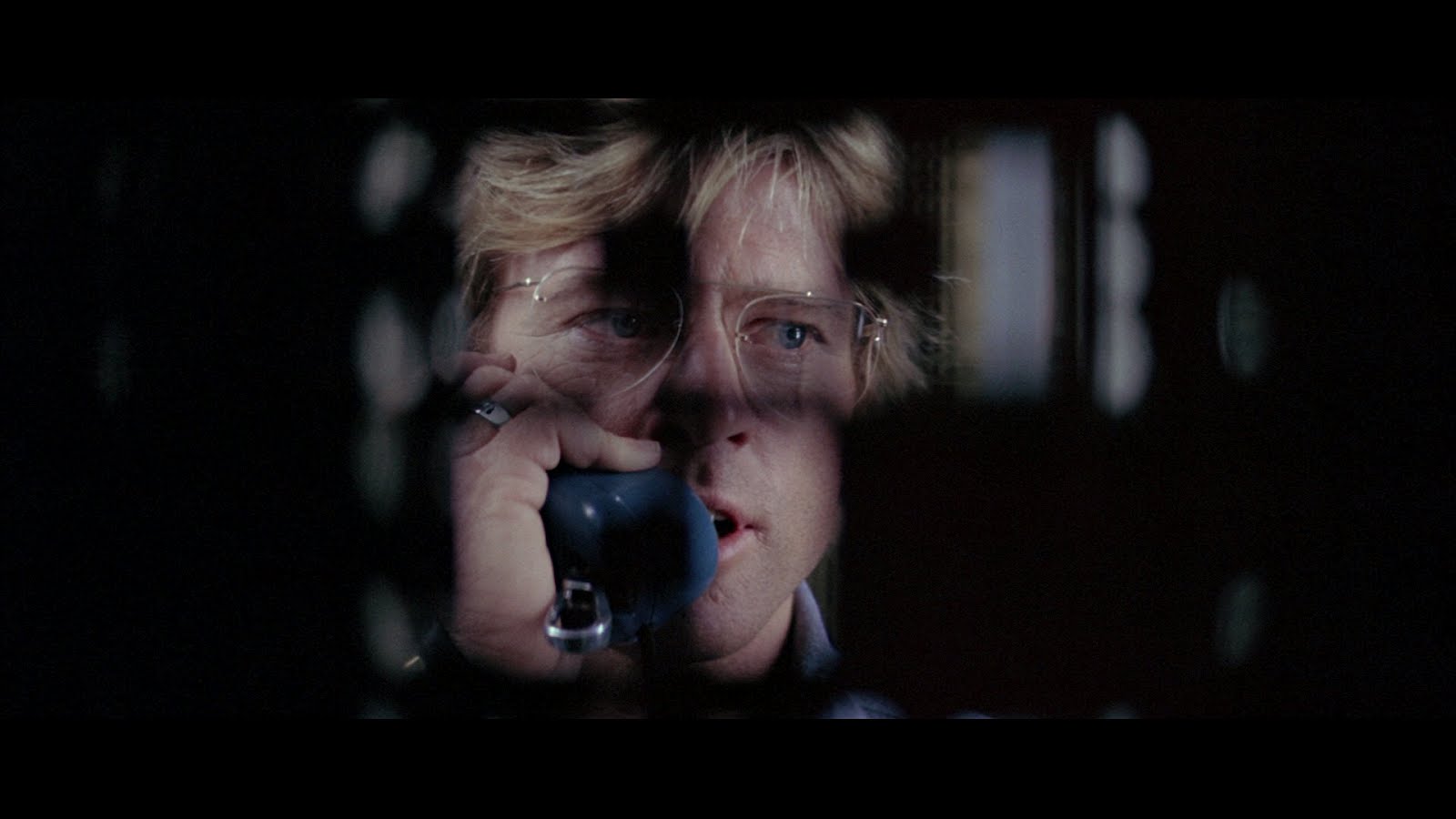 Higgins discovers that the postman who attacked Turner in Hale's apartment was a former U.S. Marine Corps Gunnery Sergeant and CIA operative who had collaborated with Joubert on a previous operation. That operation's mastermind, however, is revealed to be Leonard Atwood (Addison Powell), the CIA Deputy Director of Operations and Higgins' superior.

Meanwhile, using material he found on the fake postman's body, Turner finds where Joubert is staying, then uses his skills as a former telephone lineman to trace a call Joubert makes from his hotel room. He then finds the name and address of the person Joubert called: Atwood. Turner confronts Atwood at his home late at night and questions him at gunpoint. Turner learns that the report he had filed had uncovered a secret plan to take over Middle East oil fields, setting in motion the deaths of all of his section's members.

Joubert surprises them, takes away Turner's pistol, and unexpectedly kills Atwood. The contract has now changed: even though Atwood had hired Joubert to terminate Turner before, Atwood's superiors have now hired Joubert to terminate Atwood. Turner is dumbfounded, realizing that Joubert and he are on the same side, working once again for the CIA. Joubert is disarmingly courteous, suggesting that Turner leave the country, even become an assassin himself since Turner had shown such resourcefulness in staying alive. Turner rejects the suggestions, but seems to take seriously Joubert's warning that the CIA will still try to kill him. Joubert even muses aloud on how Turner's killing would likely be carried out.

Turner goes back to New York City and meets Higgins on a busy street. Higgins defends the oil fields plan, claiming that there will be a day in which oil shortages will cause a major economic crisis for the country. And when that day comes, Americans will want the government to use any means necessary to obtain the oil. Turner says he has told the press "a story" (they are standing outside The New York Times office), but Higgins questions Turner's assurances that the story will be printed. After a brief dialogue, an anxious Turner glances at Higgins and The New York Times office, then hastily walks away. The final shot is a freeze frame of Turner passing behind a Salvation Army band singing Christmas carols, while looking over his shoulder back at Higgins.