THE GREAT RESET MOVIE, PROVES WHAT WE ALREADY KNEW. 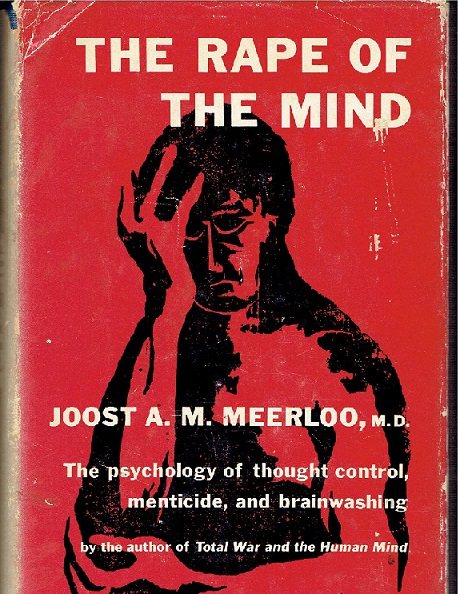 Rape Of The Mind by Joost Meerloo

The book explains how scientific brainwashing is done and argues that "hardly anyone can resist such." "Fear, and continual pressure are known to create a menticidal hypnosis. The conscious part of the personality no longer takes part in the automatic confessions. The brainwashee lives in a trance, repeating the record grooved into him by somebody else."

Like their totalitarian counterparts, democratic societies are subject to the insidious influences of mind control. Such influences surround the citizens of free societies, "both on a political and a nonpolitical level and they become as dangerous to the free way of life as are the aggressive totalitarian governments themselves." People must guard against the creeping intrusion into their minds by technology, bureaucracy, prejudice, and mass delusion.

Freedom and democracy depend in part on education for mental freedom—helping children and adults to think for themselves and to see the essentials of a problem—helping them to understand concepts, not merely to memorize facts.