Mao's Great Famine The History Of China's Most Devastating Catastrophe 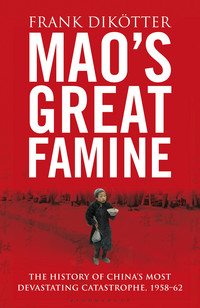 Based on four years of research in recently opened Chinese provincial, county, and city archives, Dikötter supports an estimate of at least 45 million premature deaths in China during the famine years. Dikötter characterizes the Great Famine as "The worst catastrophe in China's history, and one of the worst anywhere".

The book won the Samuel Johnson Prize in 2011, and has been described by Andrew J. Nathan, Professor and Chair of the Department of Political Science at Columbia University, as "the most detailed account yet" of the Great Chinese Famine.