The first film about Viktor Schauberger’s life’s work. A comprehensive survey of historical facts, current research and various practical applications into both technology and the natural world. 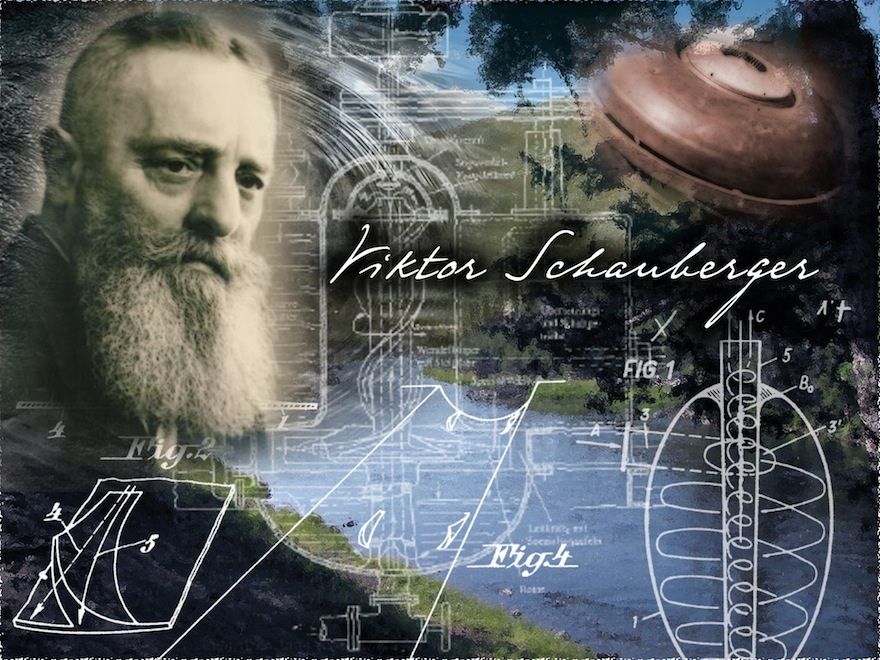 Schauberger developed his own ideas based on what he observed in nature. In Implosion magazine, a magazine released by Schauberger's family, he said that aeronautical and marine engineers had incorrectly designed the propeller. He stated:

As best demonstrated by Nature in the case of the aerofoil maple-seed, today’s propeller is a pressure-screw and therefore a braking screw, whose purpose is to allow the heavy maple-seed to fall parachute-like slowly towards the ground and to be carried away sideways by the wind in the process. No bird has such a whirling thing on its head, nor a fish on its tail. Only man made use of this natural brake-screw for forward propulsion. As the propeller rotates, so does the resistance rise by the square of the rotational velocity. This is also a sign that this supposed propulsive device is unnaturally constructed and therefore out of place.

He sold his patents for a plane ticket to return to Germany. He died six days later. How different the world would have been had he lived. We could have a Godly green movement.