An eerie scene of a blood-red sky over a Chinese city has sparked fear among citizens.

Some children can be heard telling their parents: "I'm scared."

The "red sky" phenomenon can be seen across the entire city for hours since Saturday night (May 7).

Since the videos made viral on Douyin, a TikTok-like social media platform in China, people were feared that it could be a bad omen related to the region's ongoing battle of coronavirus. 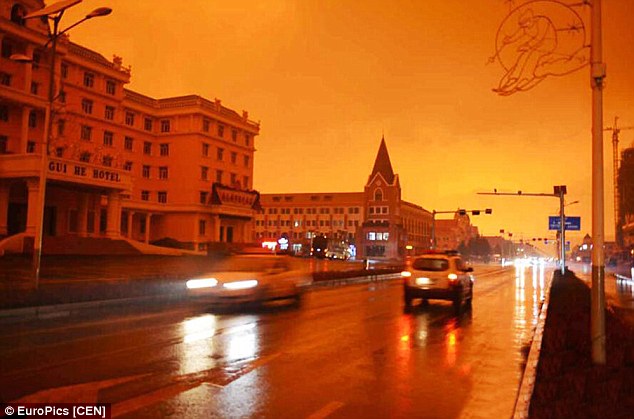 Residents in a Chinese city had a shock when they looked up and saw the sky glowing bright red - like something from a Hollywood disaster movie.

And if that wasn't scary enough, people in the northern city of Aershan feared the end was nigh when the heavens opened and out of the sky fell... mud, covering them in a strange dark residue, according to the People's Daily Online.

The scary natural phenomenon happened at 2pm on Wednesday in the city in Inner Mongolia. Just 50 minutes later the bright red sky had faded and the sky had returned to normal.