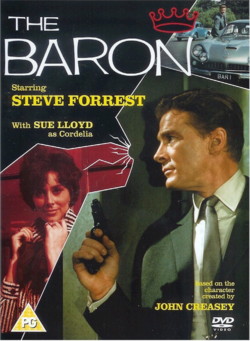 Attempting to locate a missing shipment at the docks in Macau, Cordelia stumbles upon a murder on board a cargo vessel. She is immediately taken prisoner, and John Mannering stows away in order to free her, unaware that he is about to uncover a plot to sabotage a US space mission. Co-starring: Sue Lloyd. Guest stars: Reginald Marsh, Dudley Sutton, John Woodvine, David Healy, Derek Newark, Andy Ho, Michael Chow, Michael Hawkins and Jeffry Wickham. The episodes were spliced together into a film titled Mystery Island.